Walt and I moved — lock, stock, and barrel — from Washington DC to San Francisco CA in the autumn of 2006. We lived in the place called The City out there from 1986 until 1992 and again from 1995 until 2003. Between 1992 and 1995 we lived in the Silicon Valley town called Sunnyvale, about an hour south of SF. Both of us had found good jobs in The Valley and it made sense to go live down9 there. The problem was, we really didn't like it. I remember saying back then that I didn't move all the way to California to live in a giant suburb. We had saved enough money to be able to buy a house, and I wanted it to be in San Francisco. 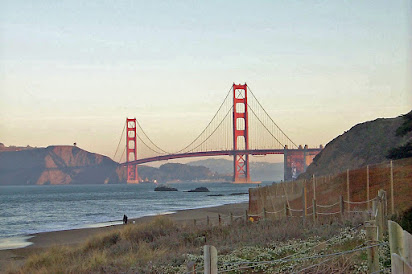 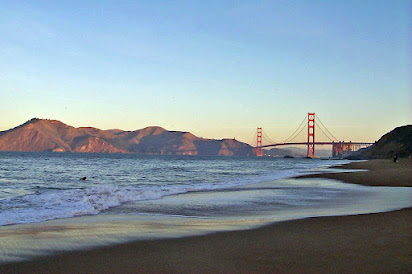 The house we bought and where we lived in SF was just 3½ miles from the Pacific Ocean, 4½ miles from "downtown" (Union Square), and 5¼ miles from the Golden Gate Bridge. For the last few days, I've been going through pictures I took in 1999, trying to put together a set of photos for a good friend who still lives in California. I found these a few minutes ago. 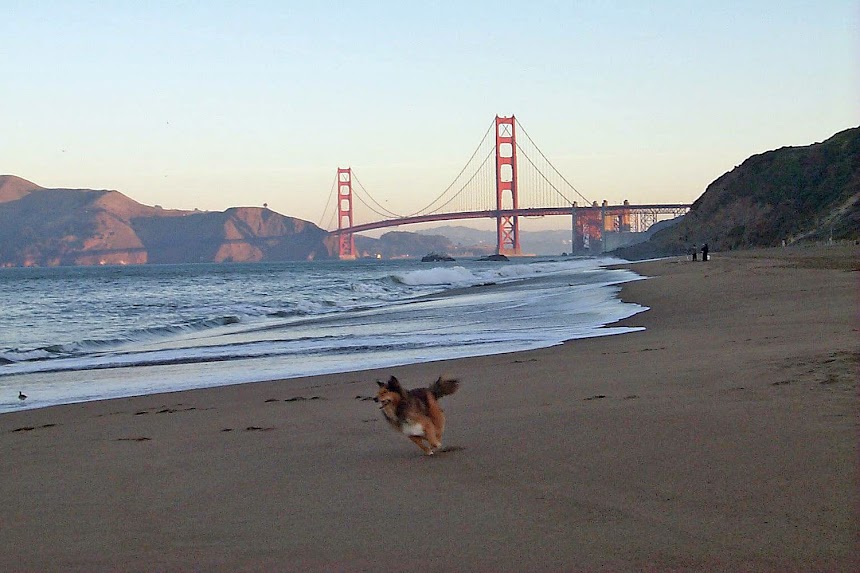 Our dog Collette, a Shetland sheepdog mix, loved going to the beach. That's her in the picture just above. I think sheepdogs in general love to run and play in wide open spaces. One of the beaches we really enjoyed was Baker Beach on the coast at the Golden Gate, with its great views of the famous bridge. 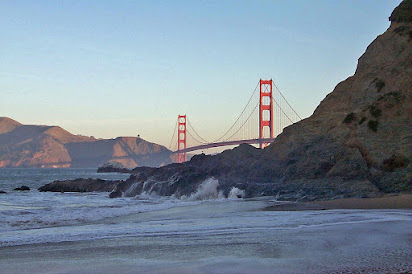 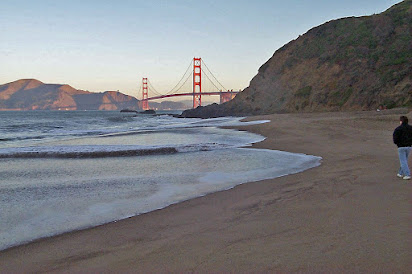 I commuted from SF to SV in stop-and-go traffic from 1995 until we decided to move to France in the spring of 2003. I hated the traffic. It wore me down and wore me out. I never knew if the drive was going to take one hour or three. But I loved living in The City within easy weekend driving distance of places like the San Mateo county coast, Napa Valley, Sonoma Valley, and the northern California coast. Still, San Francisco wasn't Paris. But we knew we couldn't afford Paris, where affordable apartments are so small. We finally decided it would be better to live in the French countryside, but within driving and training distance of Paris. At this point, however, it's been three years since I've been there. That's far too long...
Posted by Ken Broadhurst at 07:02