Nosing around on the internet this morning, I happened upon the site of the EU's Copernicus Sentinel-2 satellite. What caught my eye was a set of images showing the Mont Saint-Michel. I'd like to go back there one day. 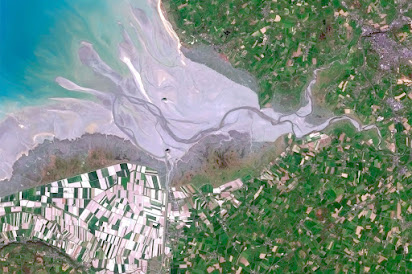 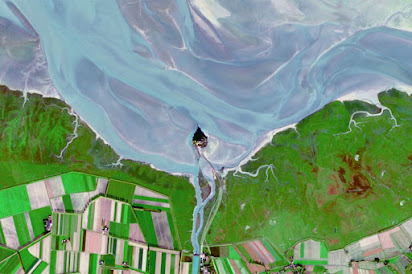 On the left above is a satellite view of the baie du Mont-Saint-Michel. The Mont is the black speck near the center of the image. The image on the right shows a closer view, with the Mont again in the middle of the image. 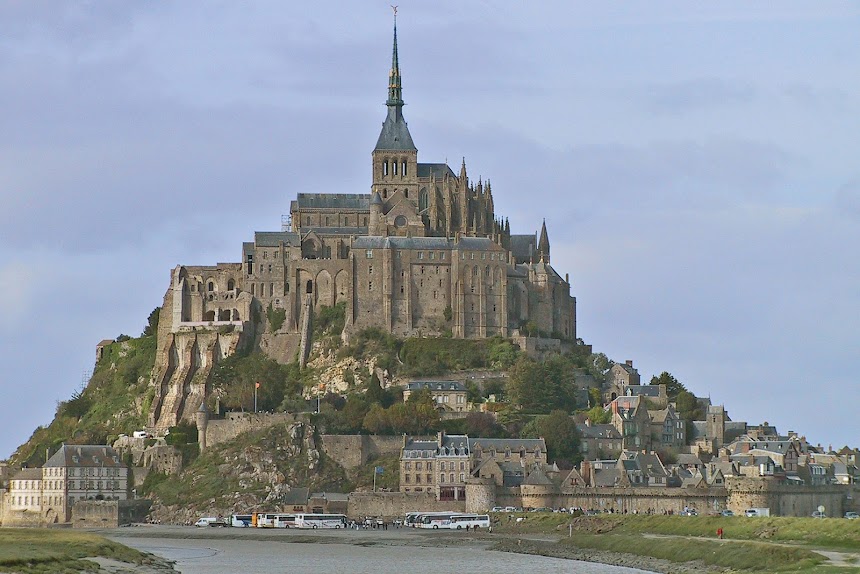 Directly above is one of my photos of the Mont. I took it in June 2004 when I was driving up to the town of Barneville-Carteret to pick up CHM and his partner France and then drive back to Saint-Aignan. I also visited the Mont in 2005, 2006, and 2007. I don't believe I've been back there since then. My memory is not what it used to be... 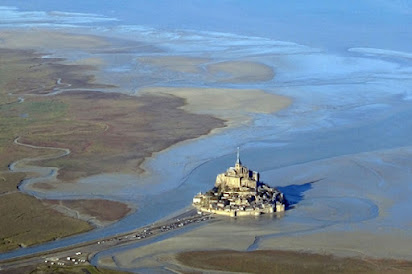 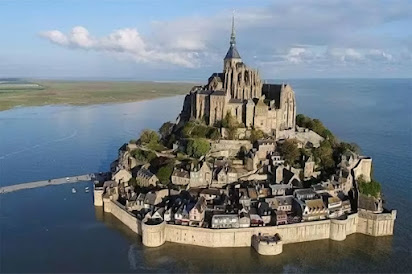 Here are two more images that I saw on the Copernicus Sentinal-2 web site. I'm sure there are many more images there of many more sights in France. I'll be exploring it more.