Hurricane Ian is aimed at the Carolina coast this morning. The storm seems now to be taking a turn toward the north and moving more and more toward the NC coast rather than toward Charleston SC. It was only four years ago that the same area, between Charleston and Morehead City NC (my home town) was devastated by a hurricane called Florence. Flooding was widespread and disastrous. Until recently, people there were still trying to repair the damage Florence caused. 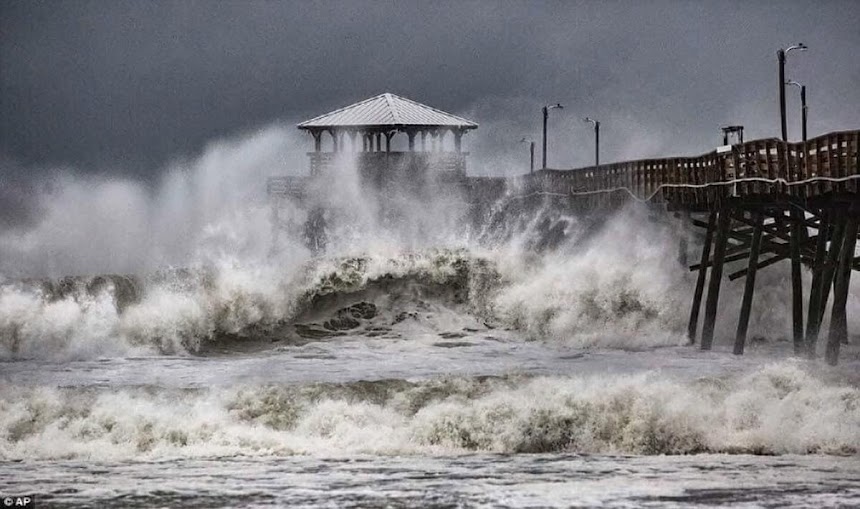 The spectacular picture above was taken in September 2018 by a photographer named Travis Long for the Raleigh News & Observer newspaper. This is the Oceanana fishing pier on the barrier island across Bogue Sound from downtown Morehead, during Hurricane Florence. The end of the pier washed away in that storm. 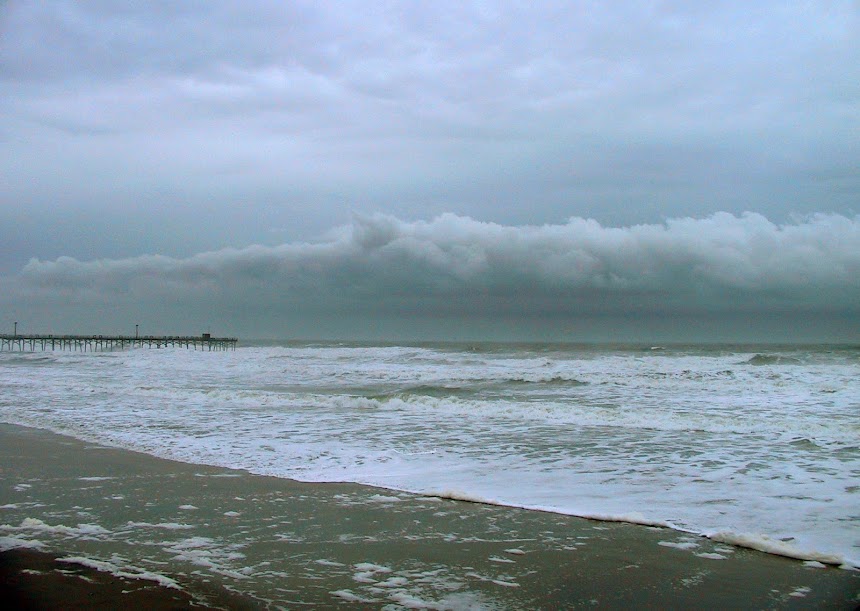 This is one of my photos of the Oceanana fishing pier. I took it on a stormy day a few years ago. I imagine this is what it will look like there today.

This morning I'm glued to CNN watching the reports from Florida and now awaiting reports from the Carolinas. I'm especially worried about family and friends in NC, and about a friend who lives in Naples FL. She and I became friends in California and worked together in Silicon Valley from 1989 until 1995. I hope she's okay. I hope her house has survived the storm.
Posted by Ken Broadhurst at 06:12