In 2012 we went into the château de Montpoupon to see some of the furnished rooms. They're mainly 19th century, as far as I know. The family that lived there then was named de la Motte Saint-Pierre. Their parents or grand-parents had bought the château in the 1850s. Montpoupon is on the territory of the French village (commune) called Céré-la-Ronde. 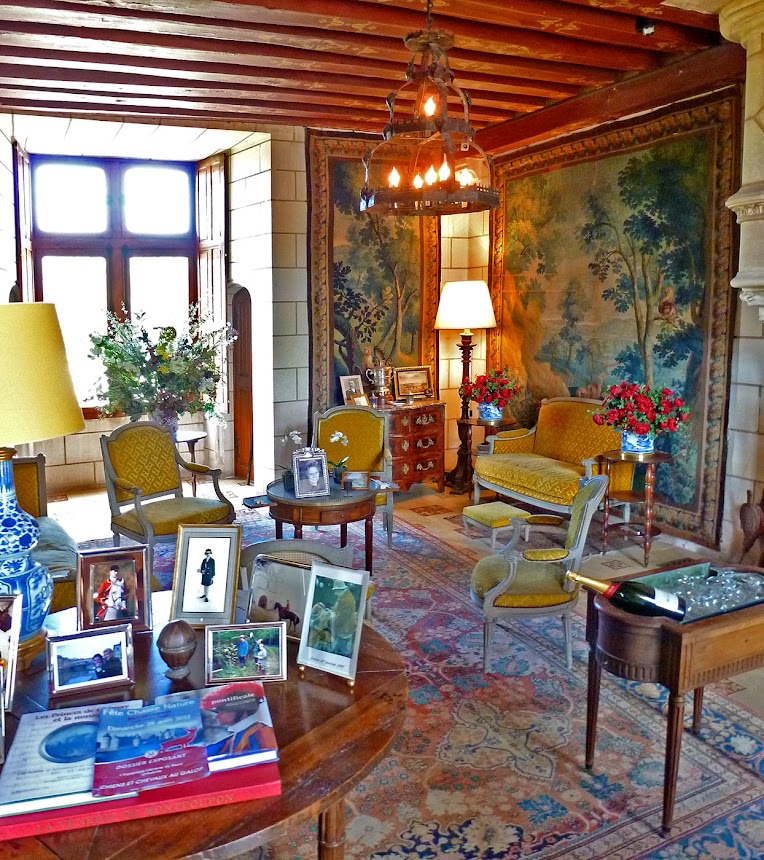 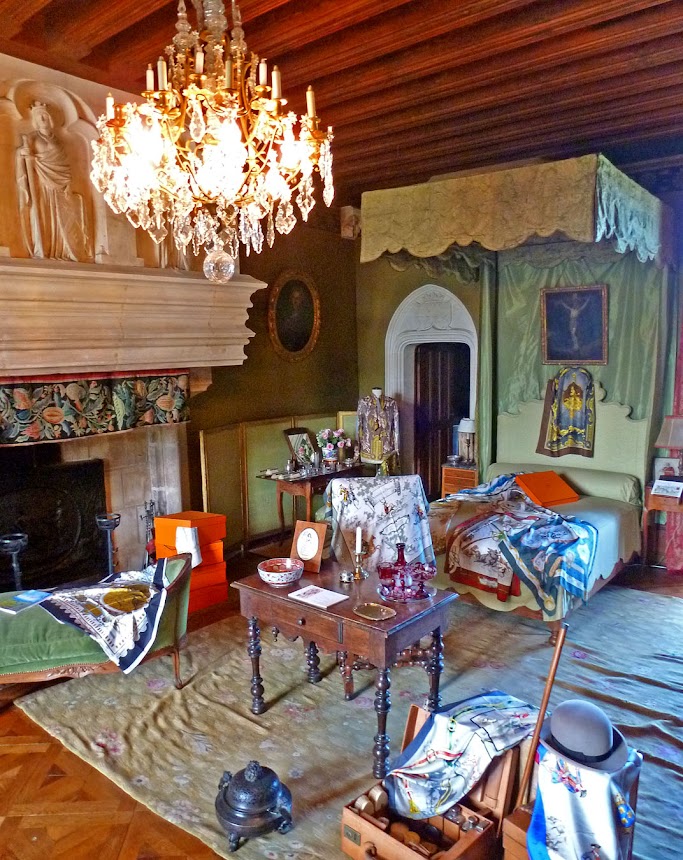 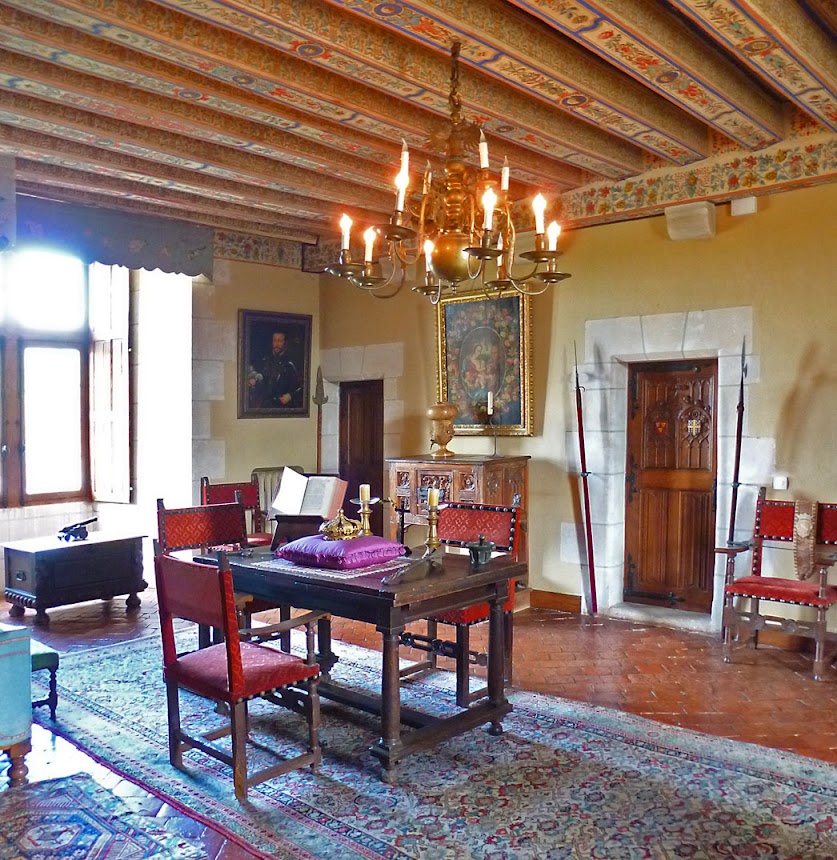 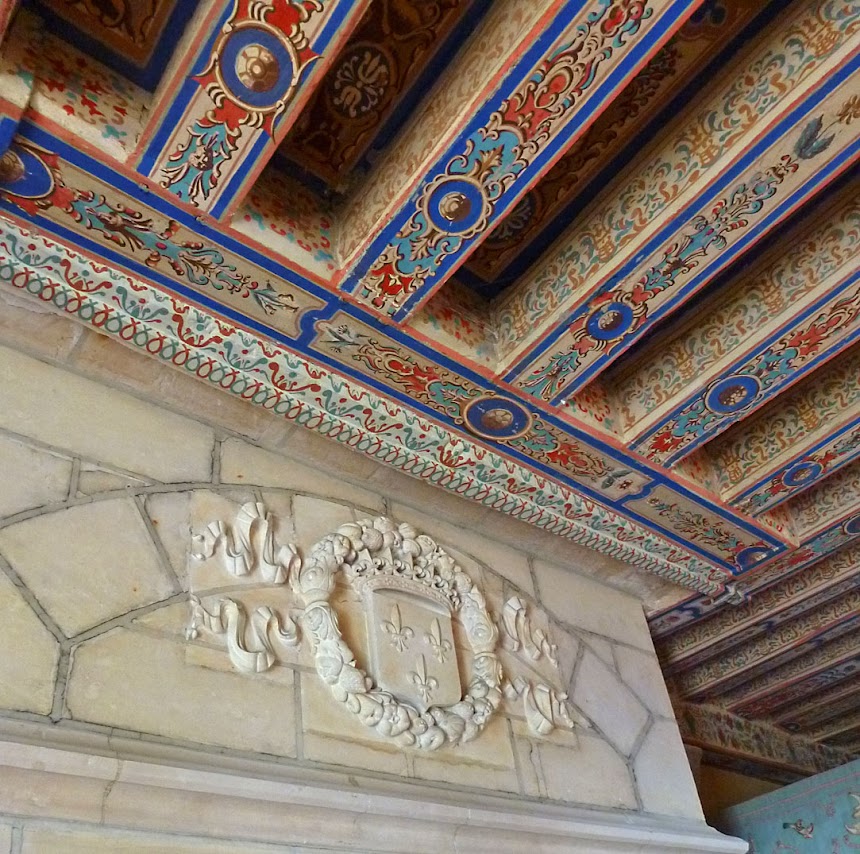 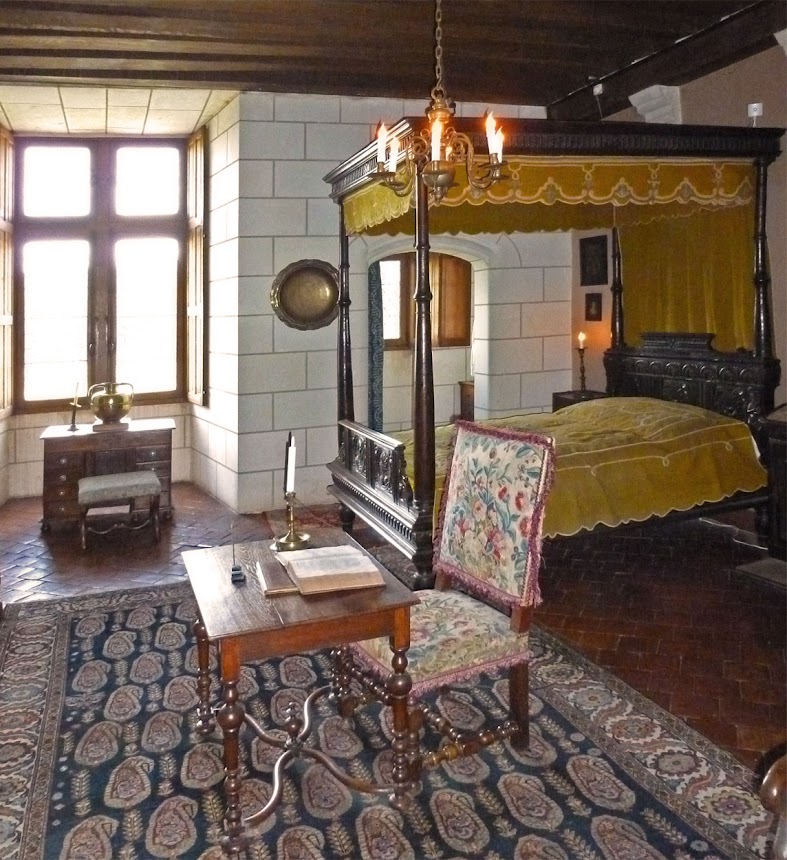