I'm thinking about doing a series of posts about some of the local châteaux that I've visited many times since 2003.
I'll start with this one: le château de Montpoupon. It's located just 10 miles west of us (that's a 20-minute drive)
out in the country, just five miles south of the château de Chenonceau. 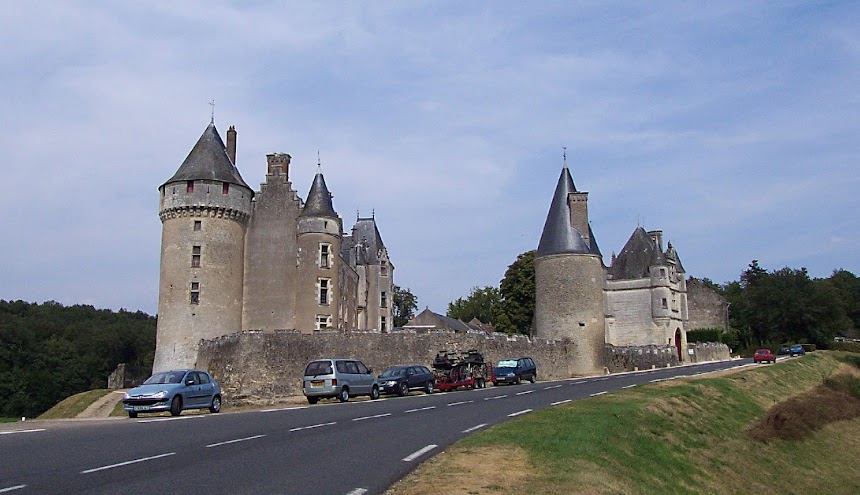 The first summer we spent in Saint-Aignan was in 2003, the year of the great heat wave (la grande canicule).
We had bought our little Peugeot, which we're still driving, and it had air-conditioning, which our house didn't
(and doesn't). We spent quite a few August afternoons our driving around in 100ºF temperatures
just to cool down. That's when we first discovered and visited Montpoupon, I believe. 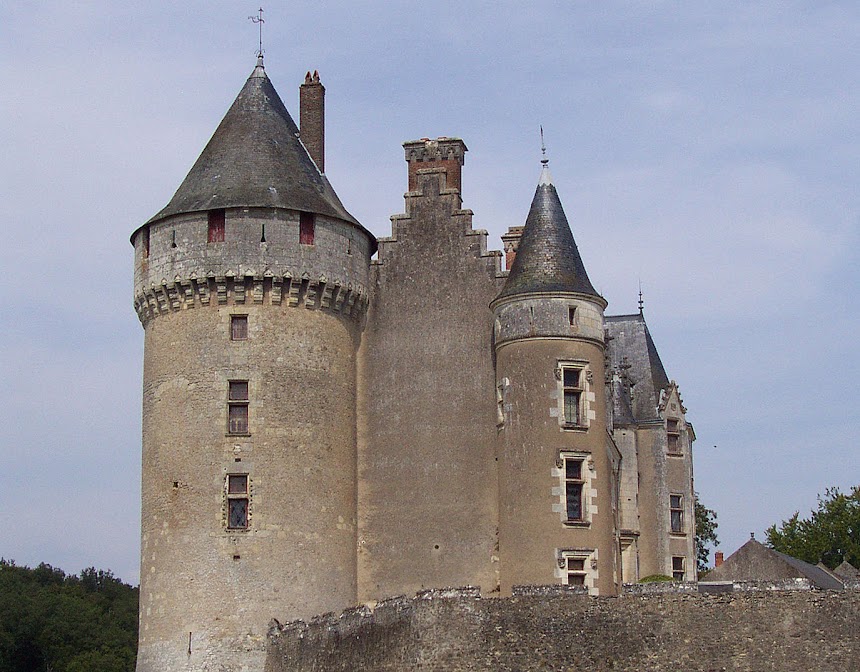 Friends came to visit from San Francisco during that heat wave, and they came bringing their one-year-old baby
with them. We all drove over to Montpoupon one afternoon to visit the château. We figured
it would be much cooler in the old castle than in our house, and we wanted to get out
and do some sight-seeing. It was much cooler inside the château than outside. 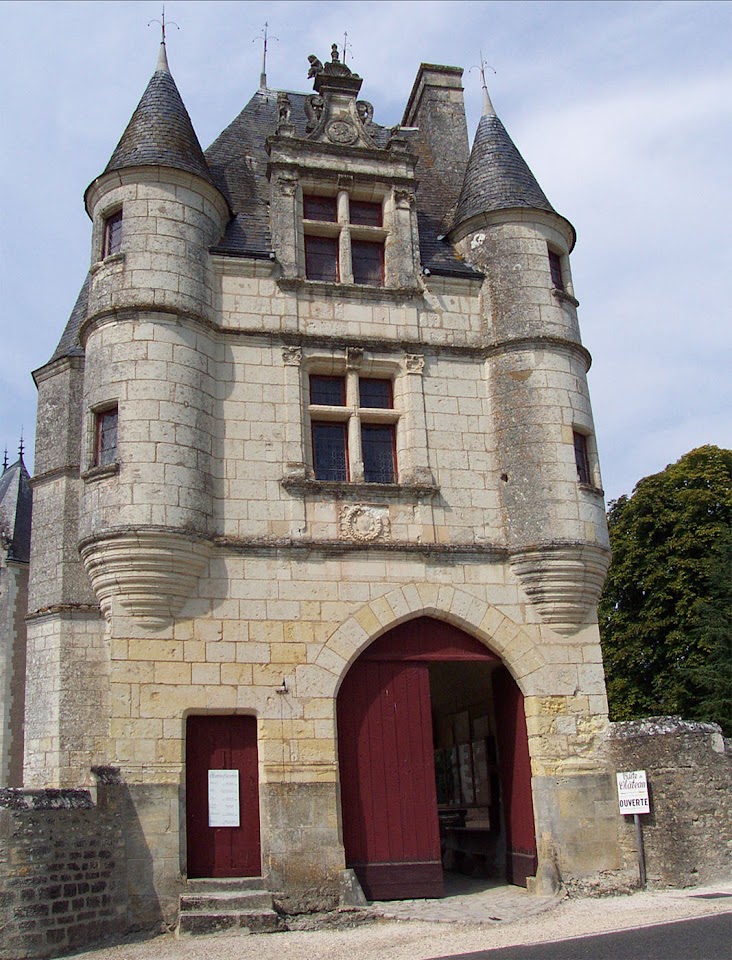 We've been to Montpoupon innumerable times since — most of them 10 or more years ago.
I plan to search for old photos of it and re-process some of them before
re-posting them. Above is the châtelet d'entree (the gatehouse),
which was built in the early 16th century in
Renaissance style, the one at Carrouges
in Normandy (but not in brick). 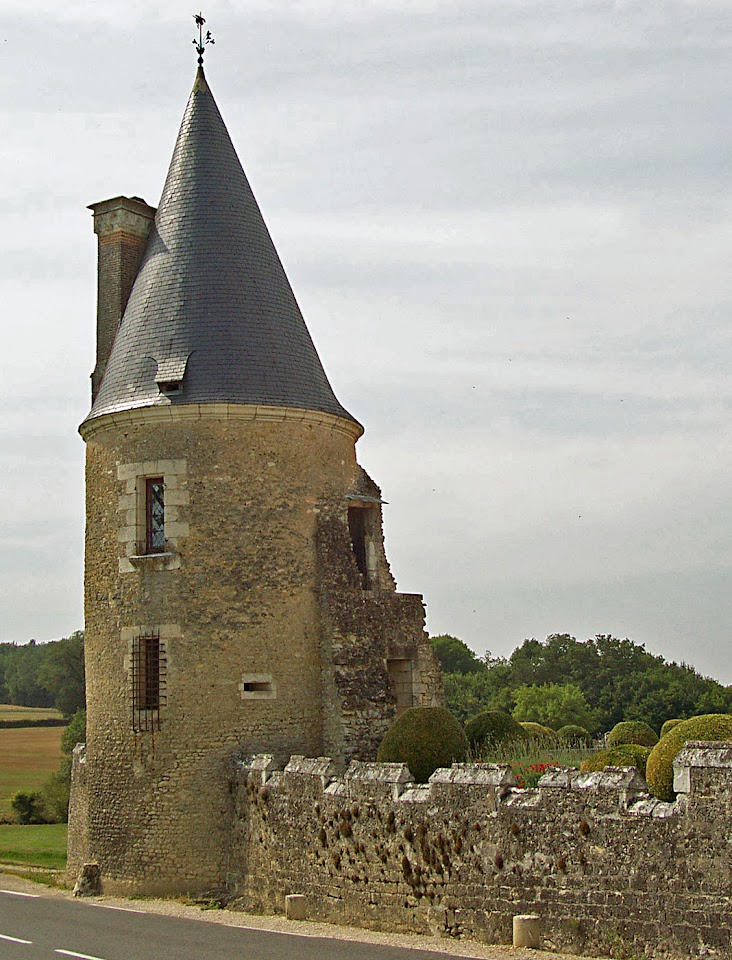 The Michelin Guide points out that the old round towers at Montpoupon date back the the 13th century.
The main building (the more comfortable living quarters) was built in the 15th century. 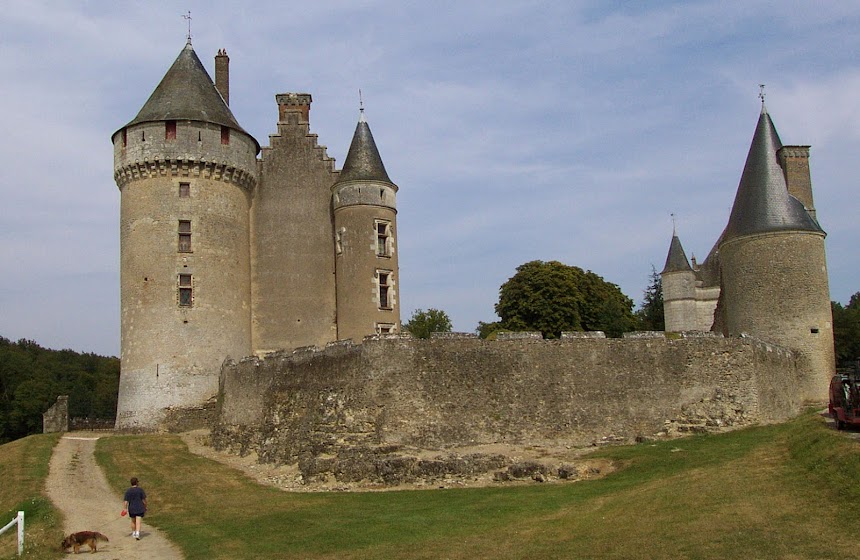 I took these photos (except the one below) in August 2003. In the picture above, you can see Walt
walking our 11-year-old dog Collette around the outside of the Montpoupon château complex.
The weather was scorching hot. 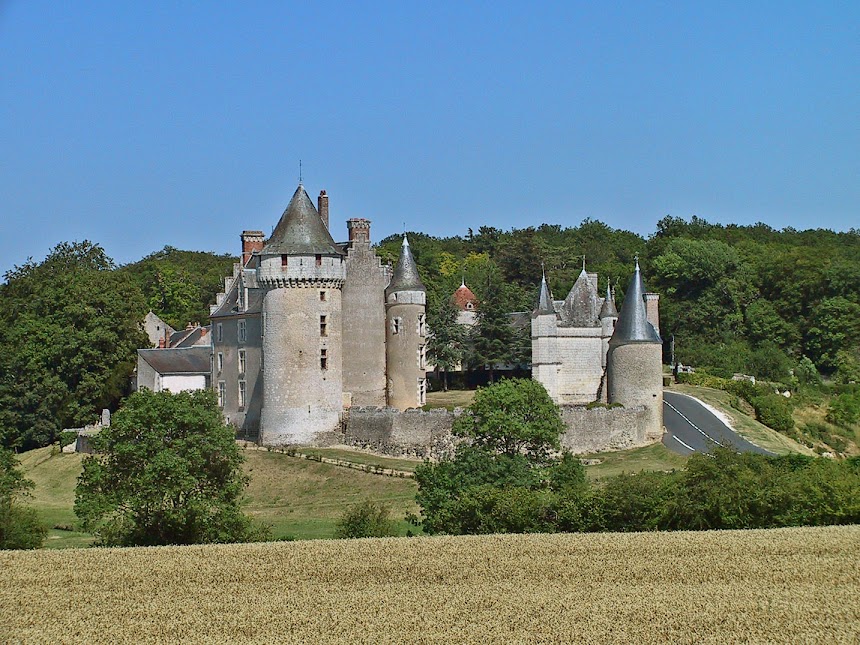 Here's a slightly longer view of the château de Montpoupon from across some fields. You can see how
the road, which leads south from the town of Montrichard to the bigger town of Loches,
passes literally just a few feet from the front gate of the complex.
I have more photos of exteriors and interiors that I'll post.
Posted by Ken Broadhurst at 06:45