Today is V2 day for Walt — V2 is what I'm calling the second Covid vaccination. It's been a long time coming. As usual, everything happens at once. Walt had made an appointment for Tasha to get a much needed grooming this morning at 10 o'clock. When I made his appointment for the injection at the pharmacy, I didn't think about that. Then, yesterday, the doctor's office called and said Walt could come in and get his 2nd Covid vaccination there today at 3:15. He said no, he already had a vaccination appointment at the pharmacy.

Luckily, it will work out. He can drop the dog off at 10 and then get to the pharmacy at 10:45 for that appointment (he'll come back home between 10 and 10:30). That's how close the pharmacy and the groomer's are to each other, and to our place. By about 11, he'll be able to go get the dog and bring her back home. I'll be making lunch while all that happens.
Meanwhile, here are some more photos that I've taken over the years at the château de Montpoupon, 10 miles west of Saint-Aignan. 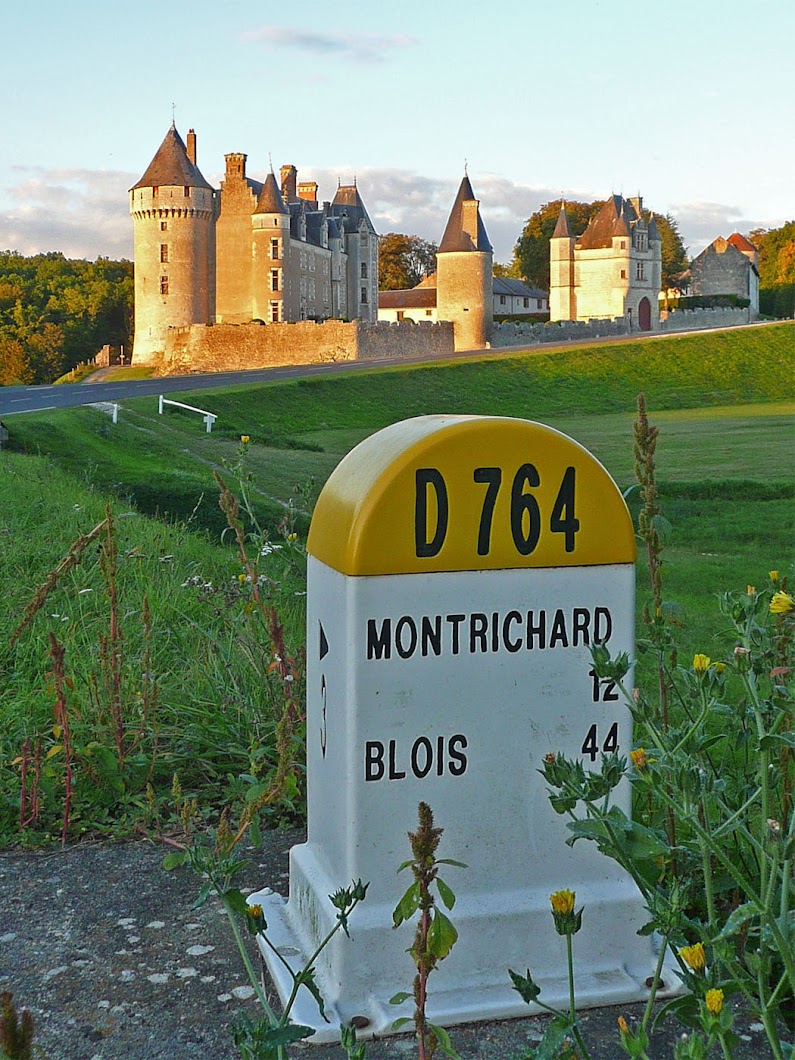 The road that passes by Montpoupon runs south from Blois, an old royal town, through Montrichard and
on to Loches, another old royal town. It's a road that continues much farther, down to Spain. 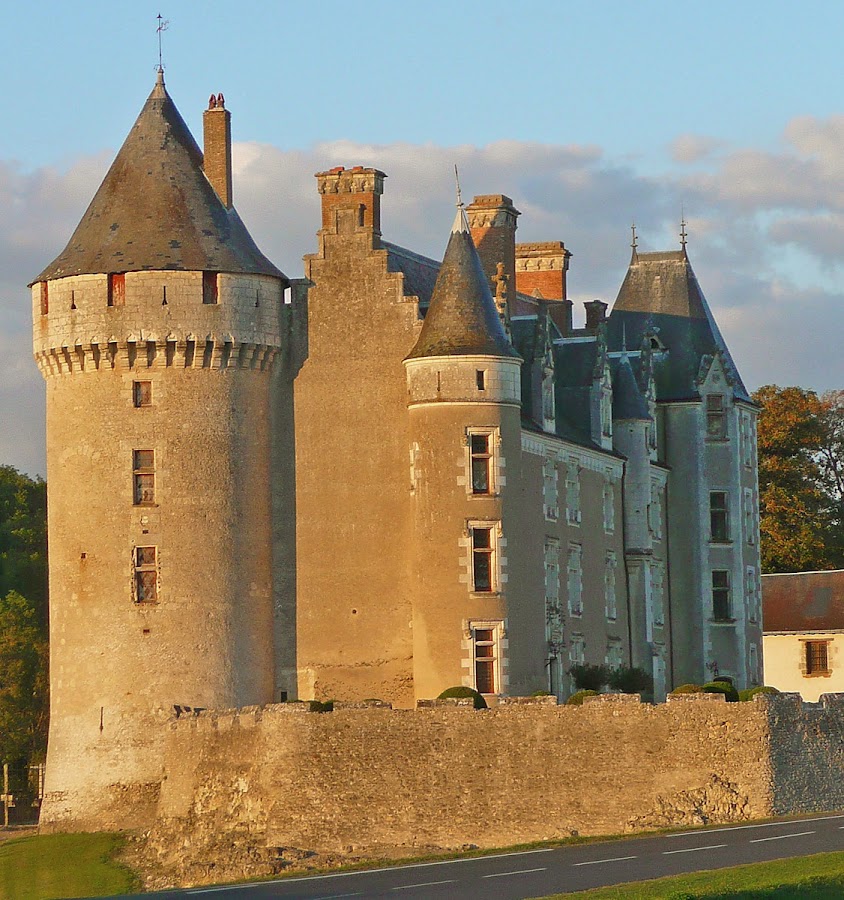 The photos here are some that I took at the château de Montpoupon toward sunset in September 2007,
when my sister and our friend Janice were visiting from North Carolina. The large building
in the photos above and below is the corps de logis, the residence of the owners. 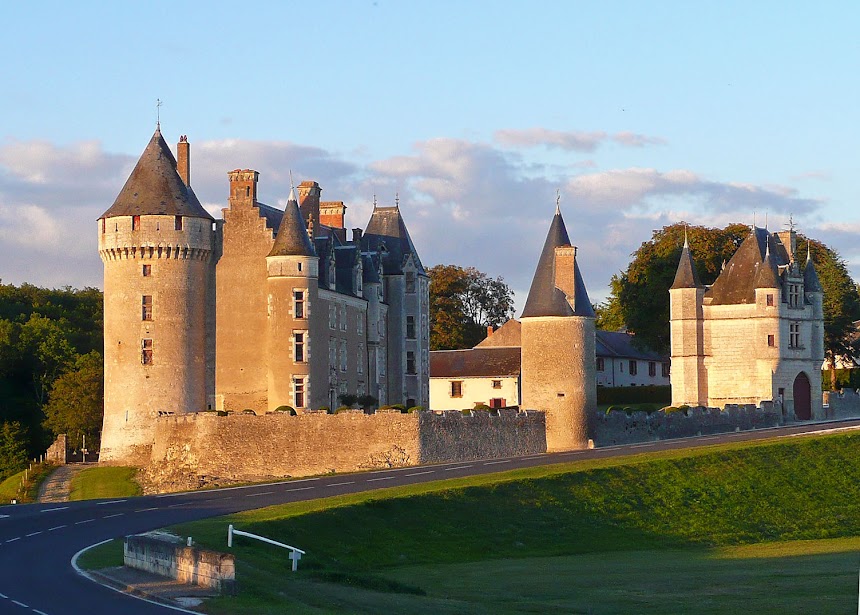 The Wikipédia article about Montpoupon says that the site was chosen by a Germanic clan
by the name of Poppo as a place to settle during the time of Charlemagne, who was
the king of the Francs (a Germanic "tribe") and later became the emperor of the
Holy Roman Empire. He died in the year 814 in what is now Germany. 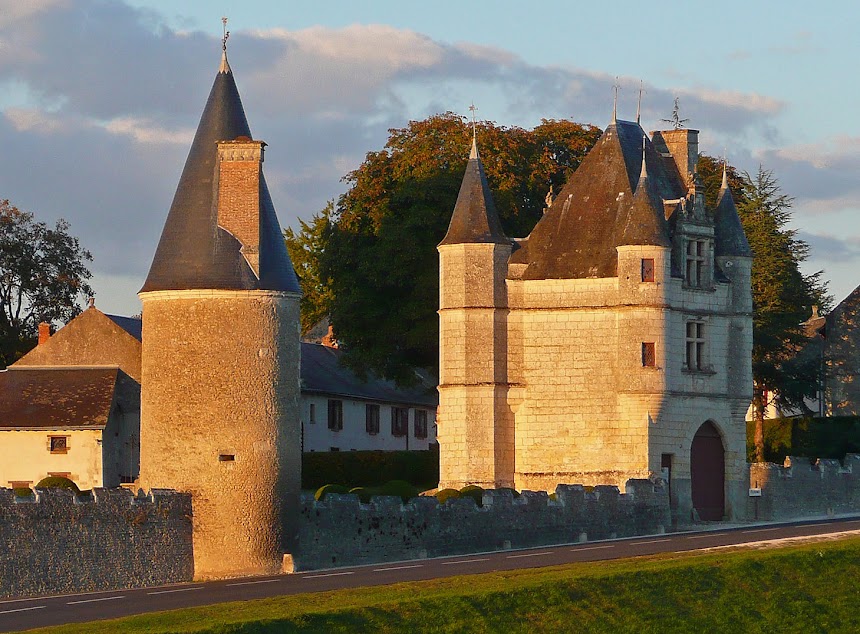 The old name was Mons Poppo, which evolved phonetically over the centuries to become Montpoupon.
In this photo, the old tower on the left dates back to the 1200s. The entry gate or
châtelet d'entrée on the right dates back to the early 1500s. 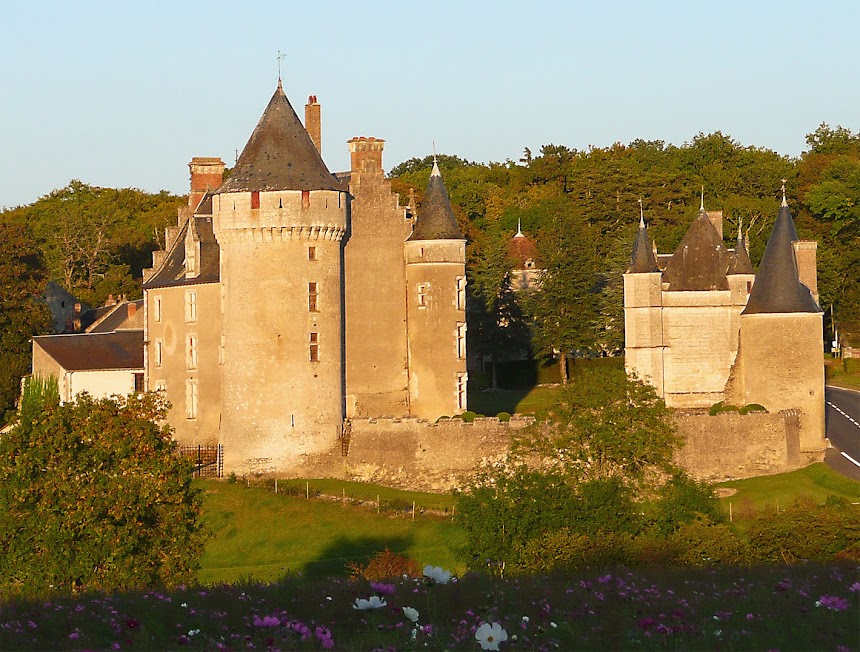 In the Middle Ages, Montpoupon was a strategic place because it was located on the border
between the territories controlled by the powerful counts of Blois to the north
and the equally powerful counts of Anjou to the south and west. 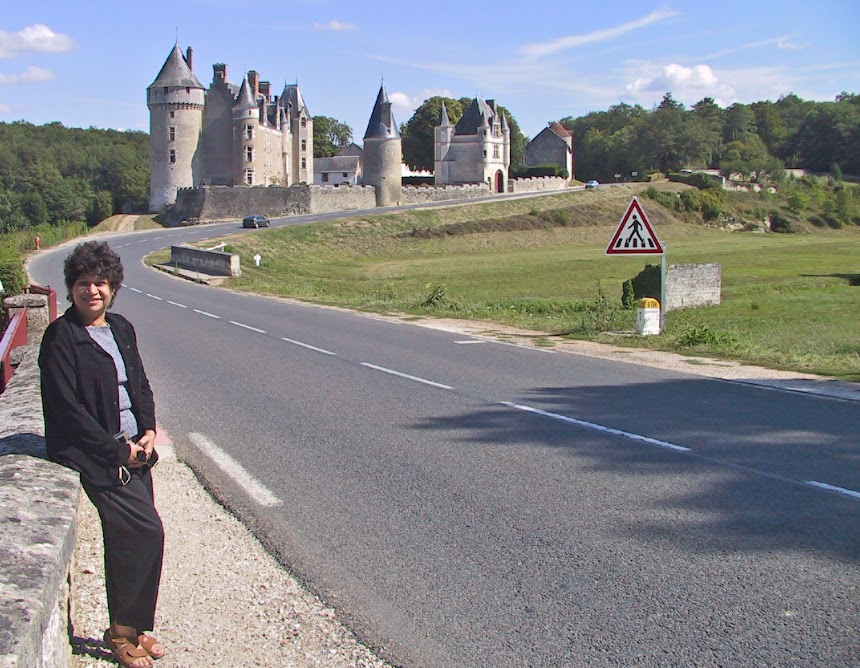 This is an earlier photo. It dates back to September 2003. That's our late friend Cheryl from California on the left.
She and I were grad students together at the University of Illinois back in the 1970s, and
she was among our first visitors after we moved to Saint-Aignan in 2003.
Posted by Ken Broadhurst at 06:20