It's hard to figure out whether the kitchen at the château de Montpoupon as you can see it today even existed 200 years ago. Some things I read say it was ré-aménagée (renovated) in the 19th century, and others suggest that this space in the basement, on the north (back) side of the château, was turned into a kitchen only in the latter part of that century. 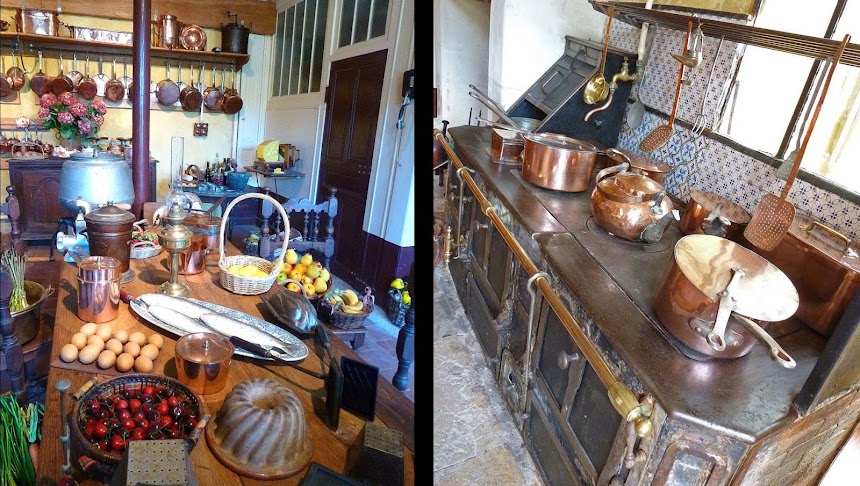 The Château de Montpoupon web site says the kitchen was still operational as late as 1977,
when the last cook departed. 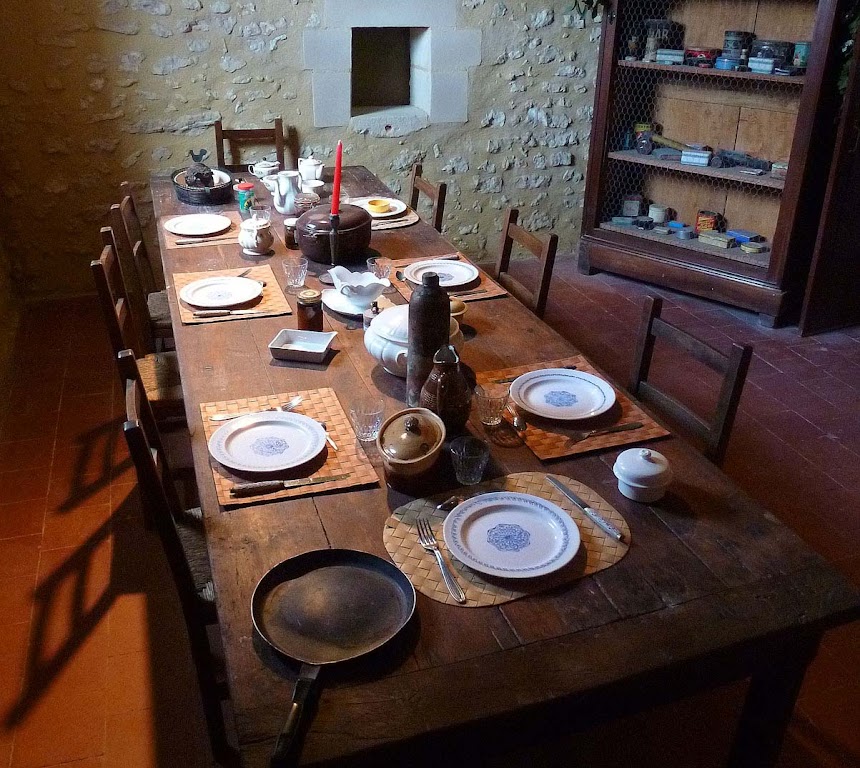 The château was acquired in 1857 by a man from Beauvais named Jean-Baptiste-Léon de la Motte Saint-Pierre.
He had owned the château d'Argy, 25 miles southwest in the Berry, near the big town of Châteauroux.
(I've driven through there but I've never seen the château d'Argy except from the road.
I think that was in June 2009 with CHM.) 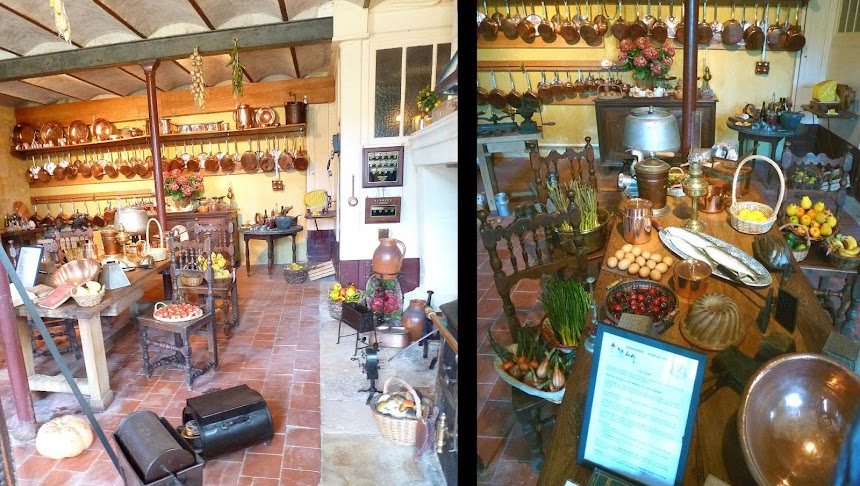 Anyway, Monsieur de la Motte Saint-Pierre (1806-1872) sold the château d'Argy to a Belgian company in 1855.
He and his wife moved to Montpoupon and undertook to turn the château into a comfortable residence.
Their son Émile (1838-1912), born at Argy, continued that work, as did his decendants
over the course of the 20th century. 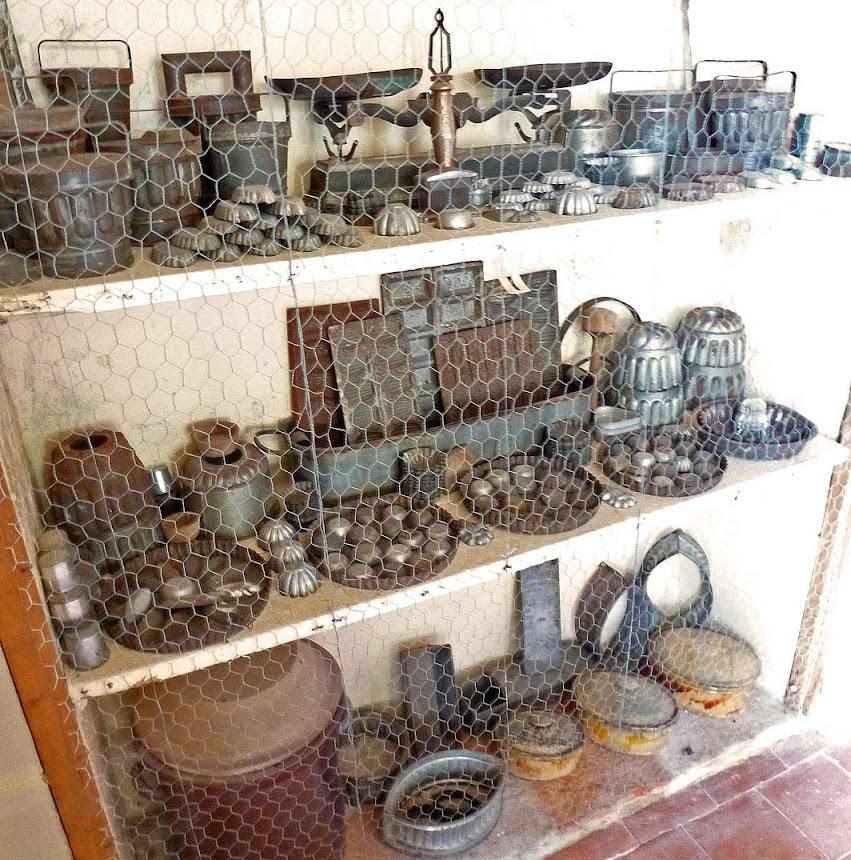 Montpoupon was occupied by an Austrian batallion and then by German soldiers at the beginning of World War II,
but they withdrew toward the north when the demarcation line between occupied France to the north
and free France to the south was drawn along the Cher River in 1940.
The soldiers caused no real damage to the property. 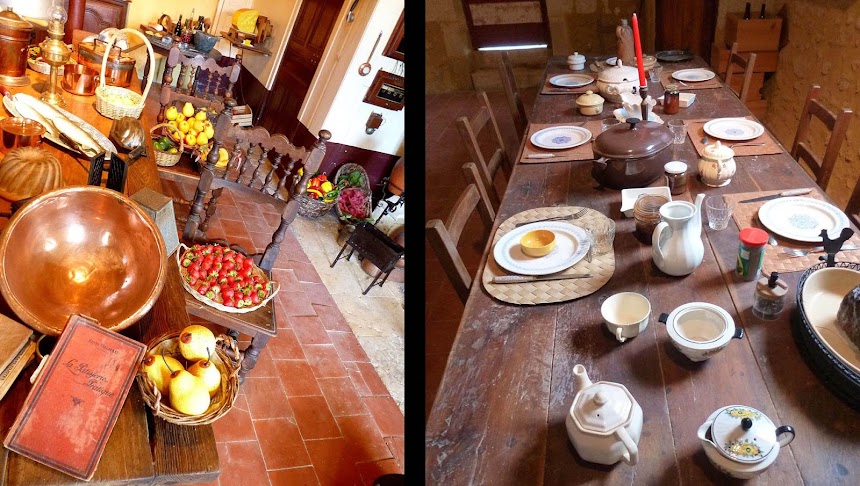 The last member of the La Motte Saint-Pierre family to live at Montpoupon was a woman named Solange.
Her father had died in 1956. She opened the château to the public in 1971.
(Thanks to Wikipédia for all this information.) 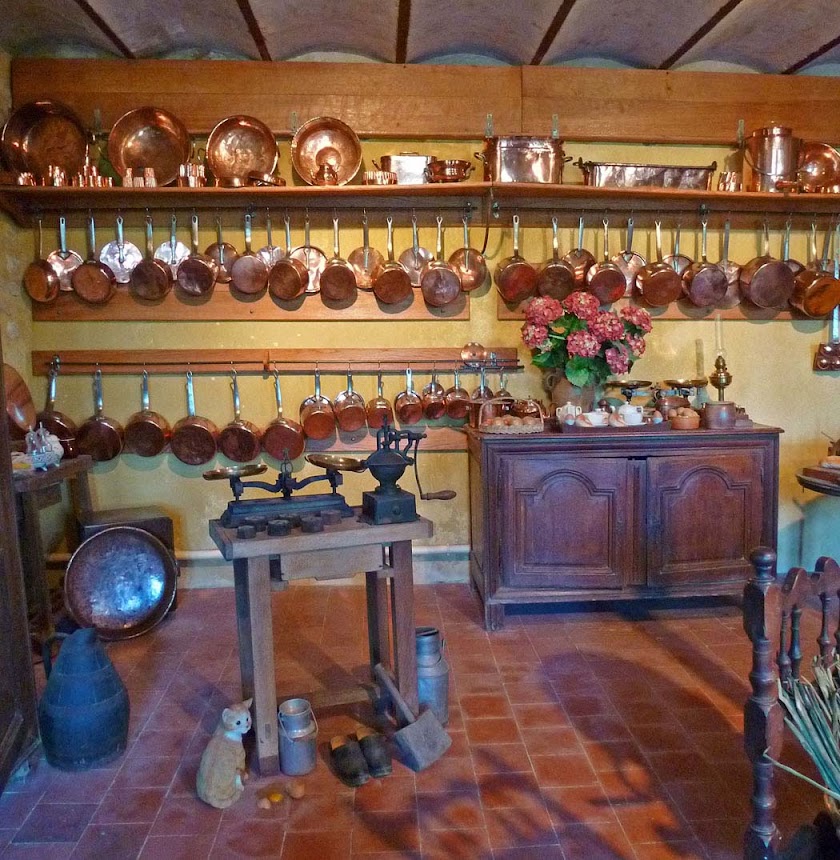 Solange de la Motte Saint-Pierre got her great-nephew, Count Amaury de Louvencourt, involved
in managing the Montpoupon property in the 1990s. She passed away in 2005 and Louvencourt
still owns the château today. The château's web site (in English or in French)
says the kitchen is ready to be pressed back into service...
Posted by Ken Broadhurst at 06:20