The gateway (châtelet d'entrée or pavillon d'entrée) at the Château de Carrouges in lower Normandy was built in the late 1400s and early 1600s, so it's more than 500 years old now. Here are six photos I took on two different visist to Carrouges, in June 2006 and again in August 2011. 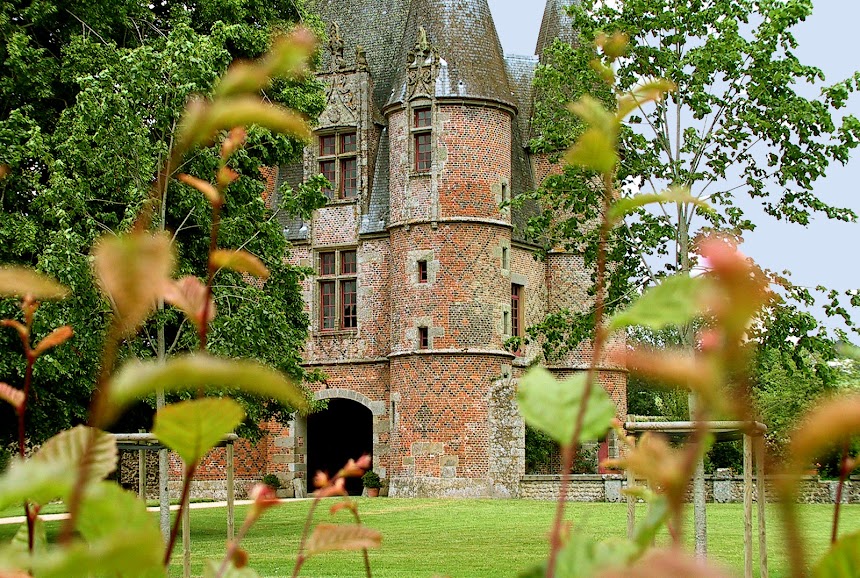 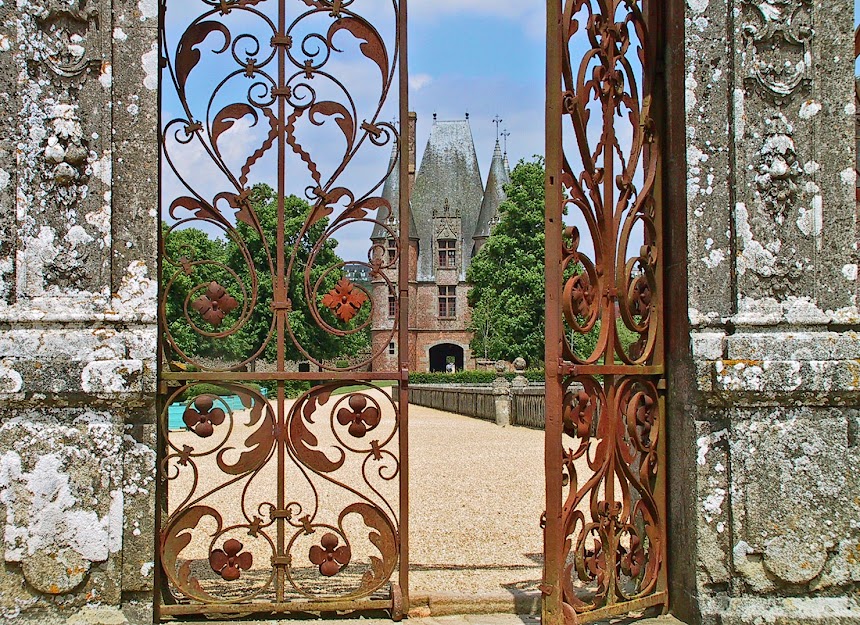 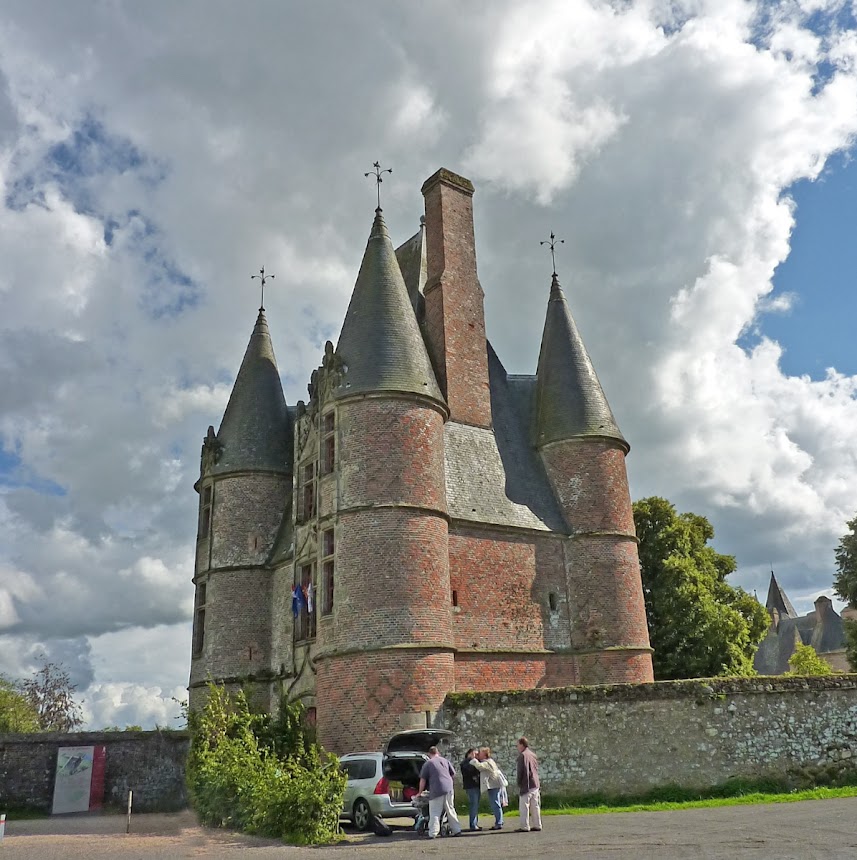 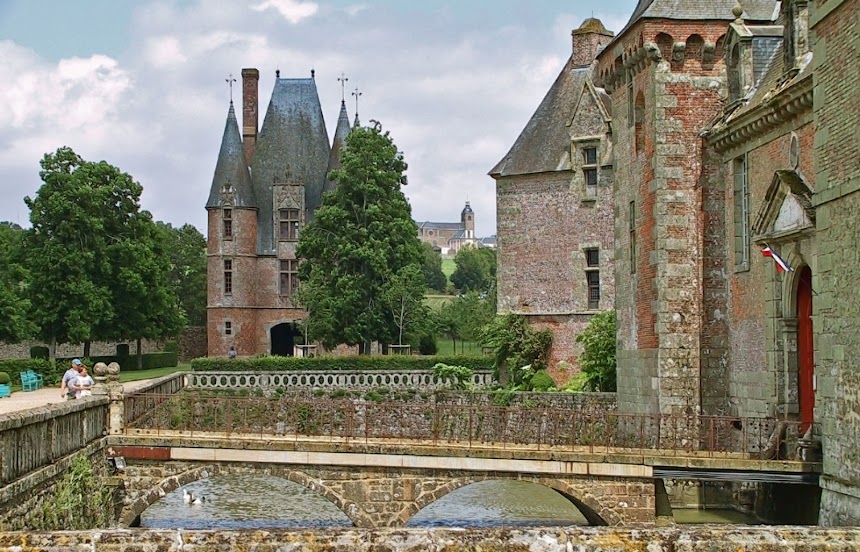 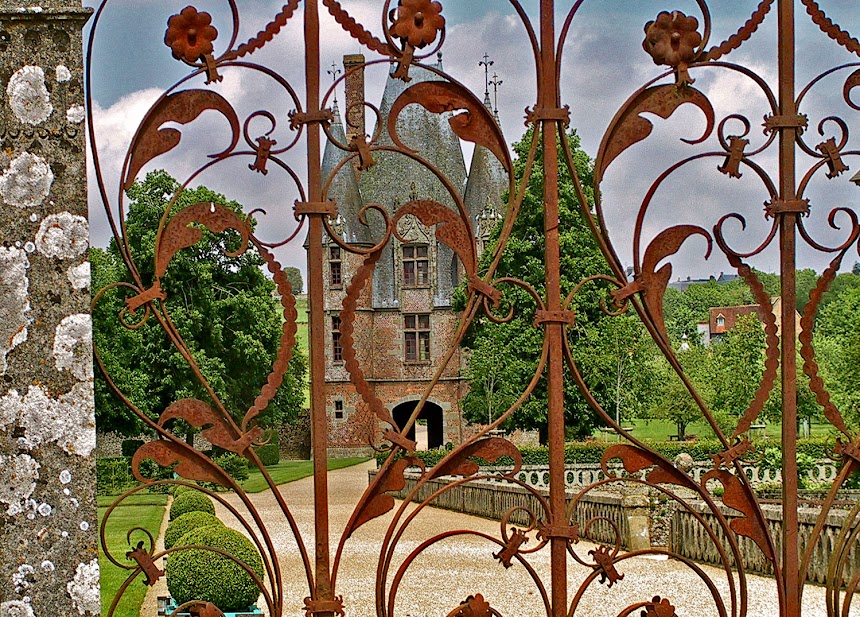 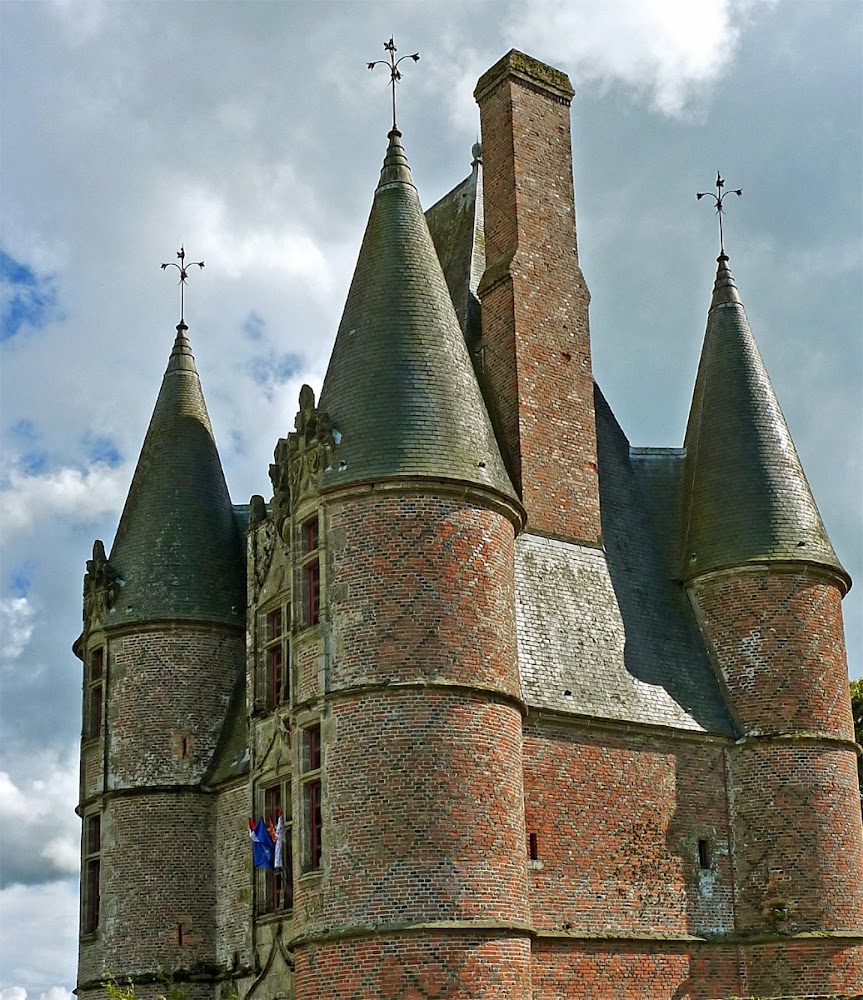 As I poked around on the internet this morning trying to find more information about Carrouges, I came across this video that you might enjoy. The soundtrack is in French.