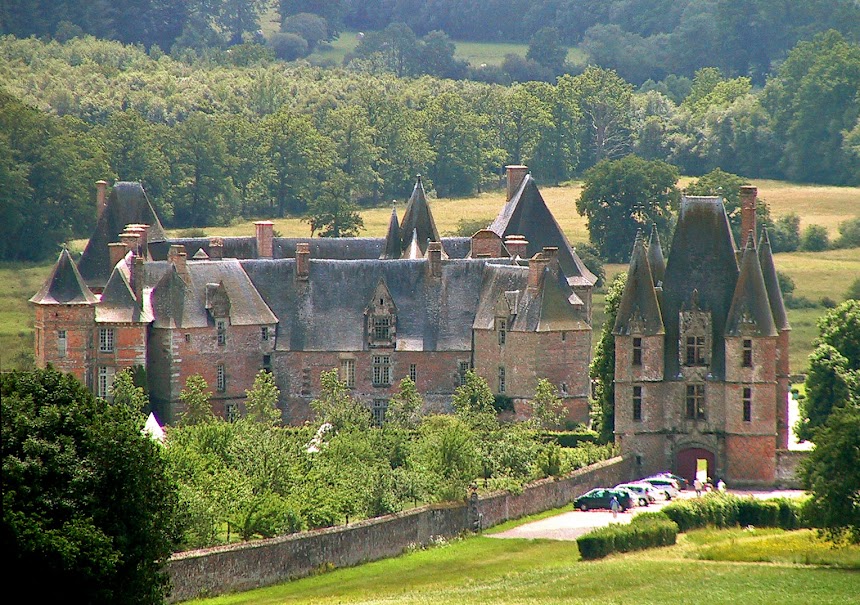 Along with the Renaissance-era châtelet d'entrée (on the right in the photo above), one of the most distinctive and impressive features at Carrouges is the château's grand staircase, l'escalier d'honneur, a brick structure that leads from the ground floor up to the ceremonial rooms (including le grand salon) and the main living areas of the château. 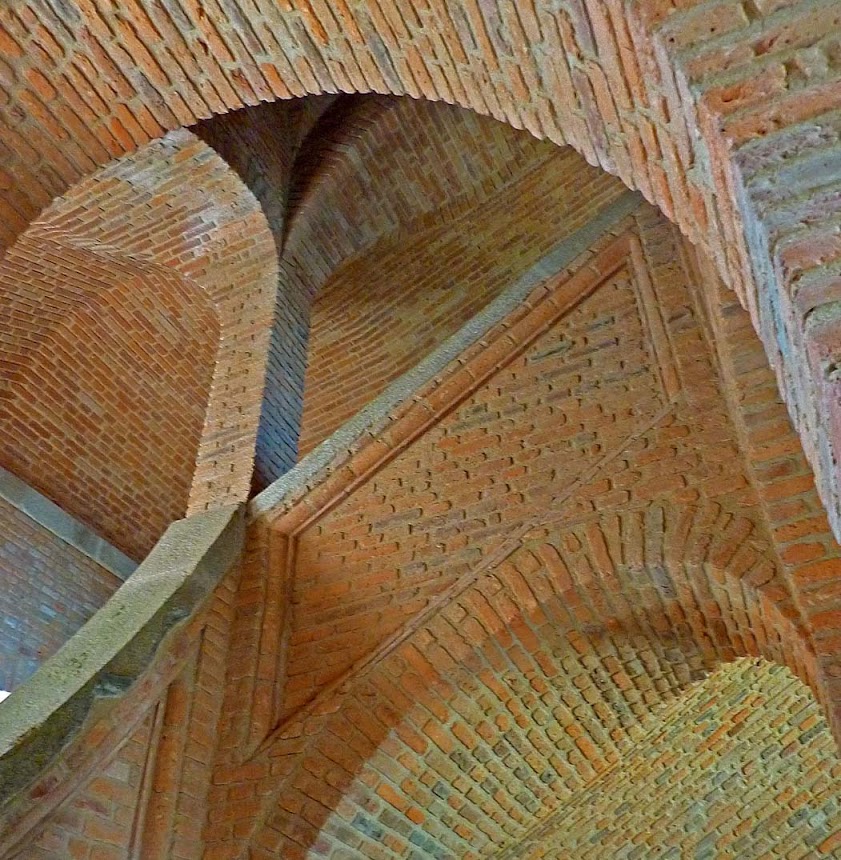 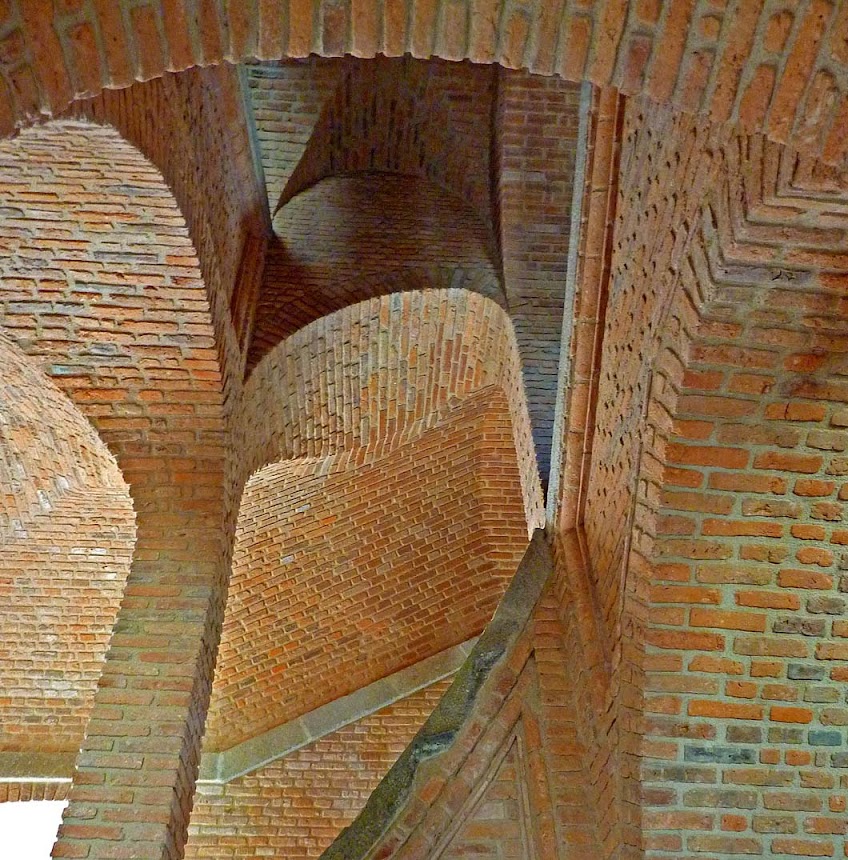 Different sources give different dates concerning when the staircase was built. Some say it's a 16th century feature, others say late 17th century, and still others say early 18th. The name of a 16th century architect named François Gabriel is often mentioned. 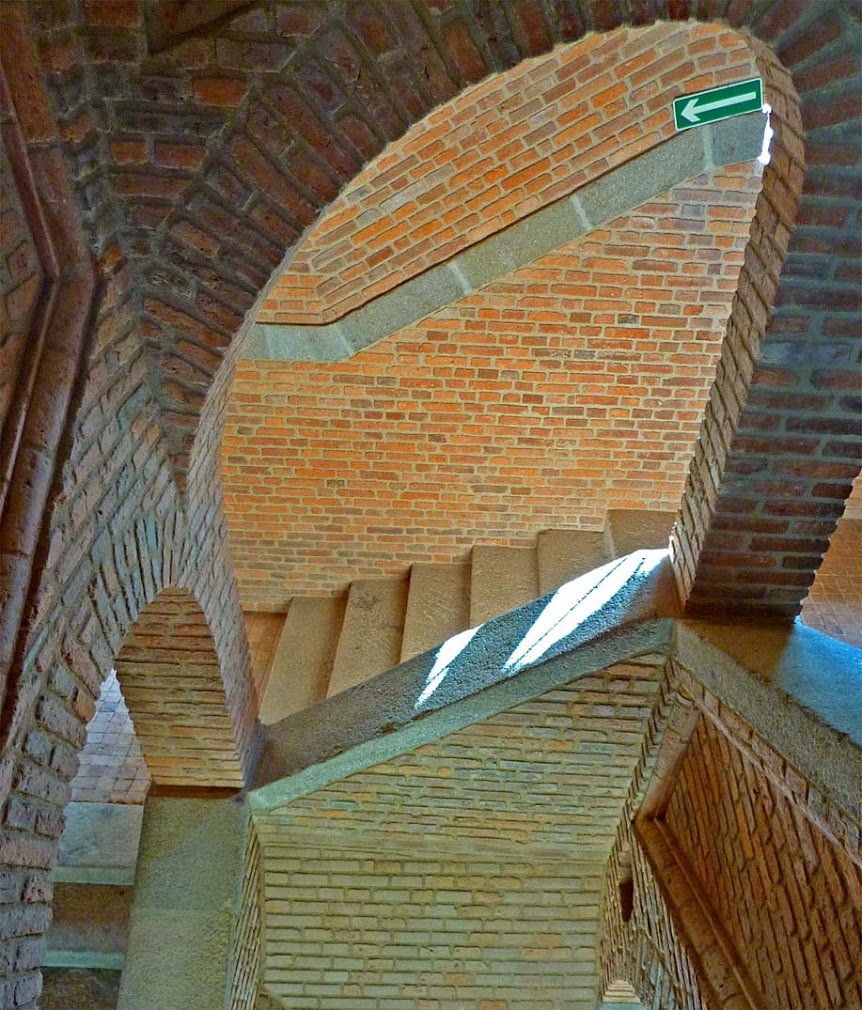 It seems that in the 1950s and 1960s, when the Château de Carrouges was being restored after the French government became its owner in 1936, the plaster was all removed to expose the brickwork. 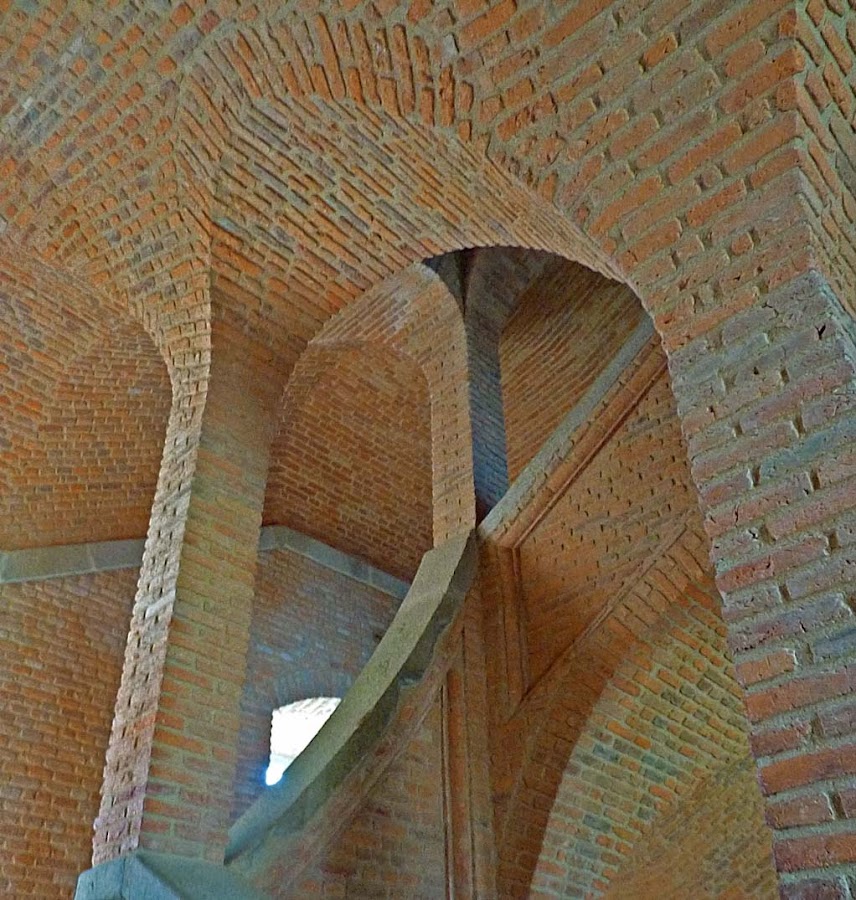 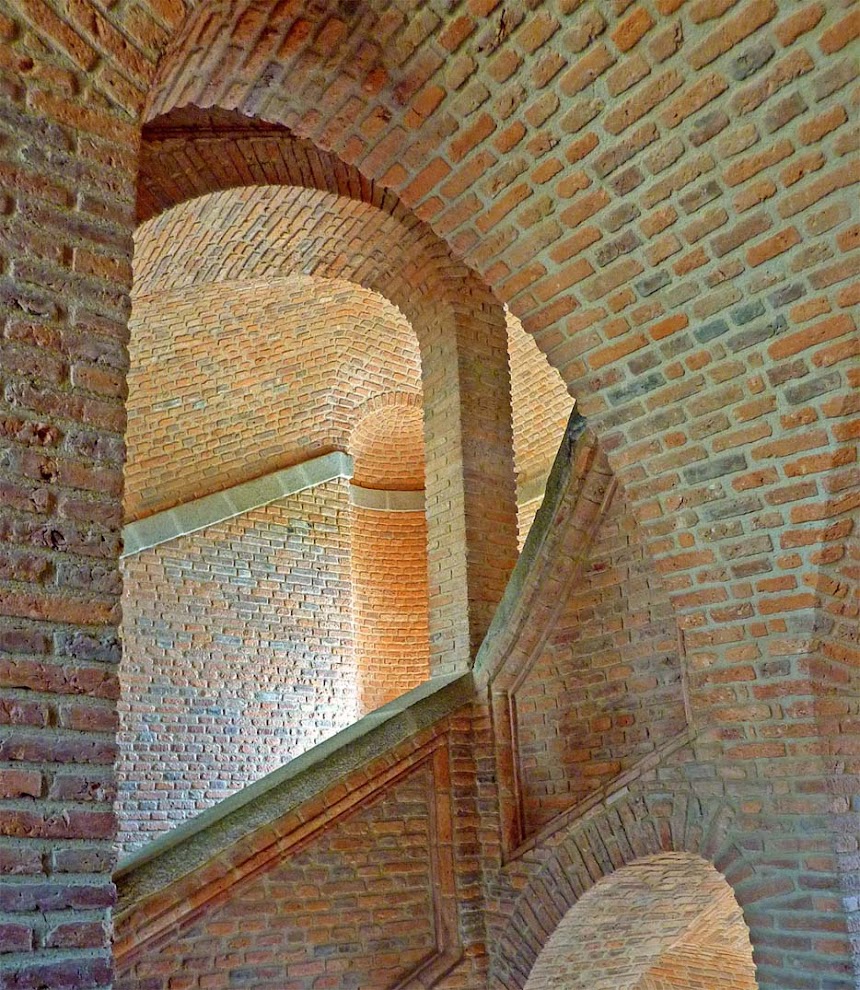 Below there's a longish video about the château and restoration work there. I haven't watched it all yet...
Posted by Ken Broadhurst at 06:15