Where is this church and what is its name? 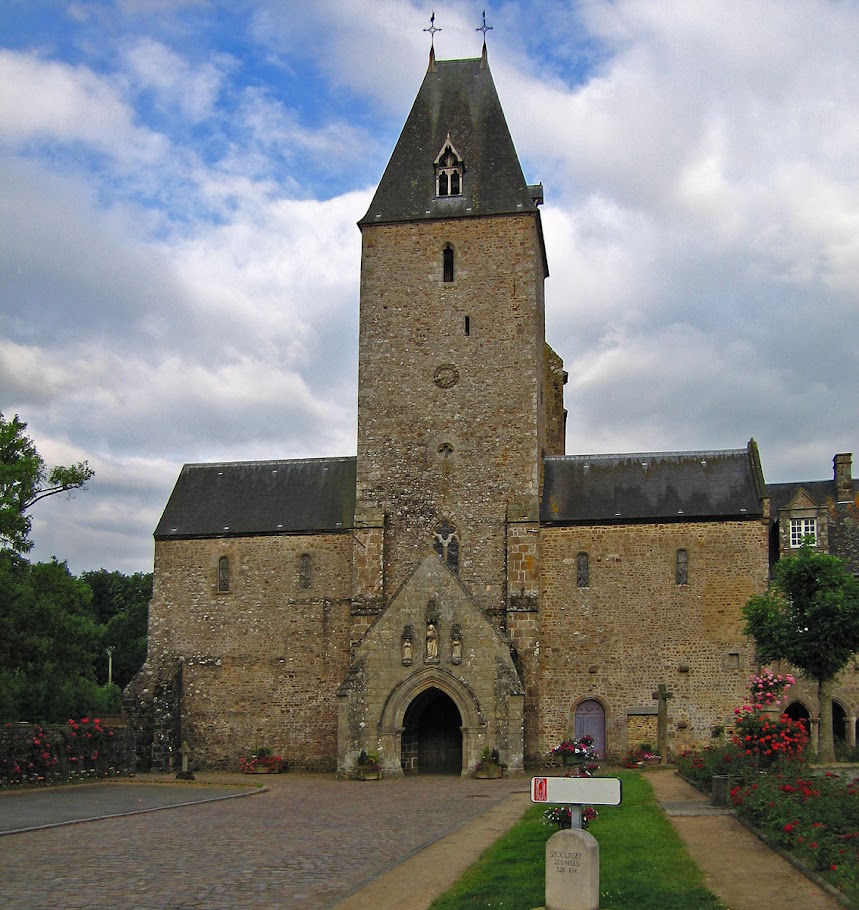 This church was founded as a Benedictine abbey in the year 1020 by the lord of a nearby town. It was built
in the 11th century and re-built in the 13th. It's located in a small village of about 1,500 souls. 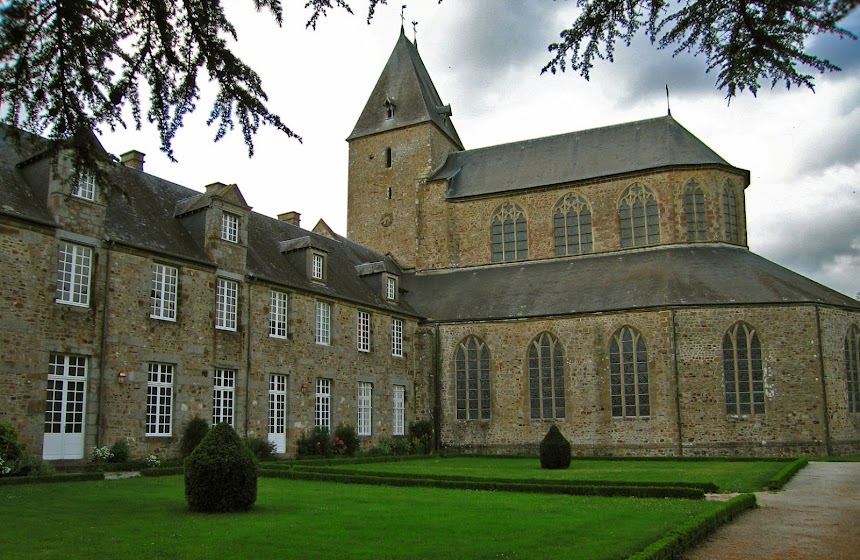 The nearest town of any size is built on a hilltop that is capped by the ruins of a medieval château fort
that was also built in the 11th century. The château was torn down in 1610 by order of king Henri IV. 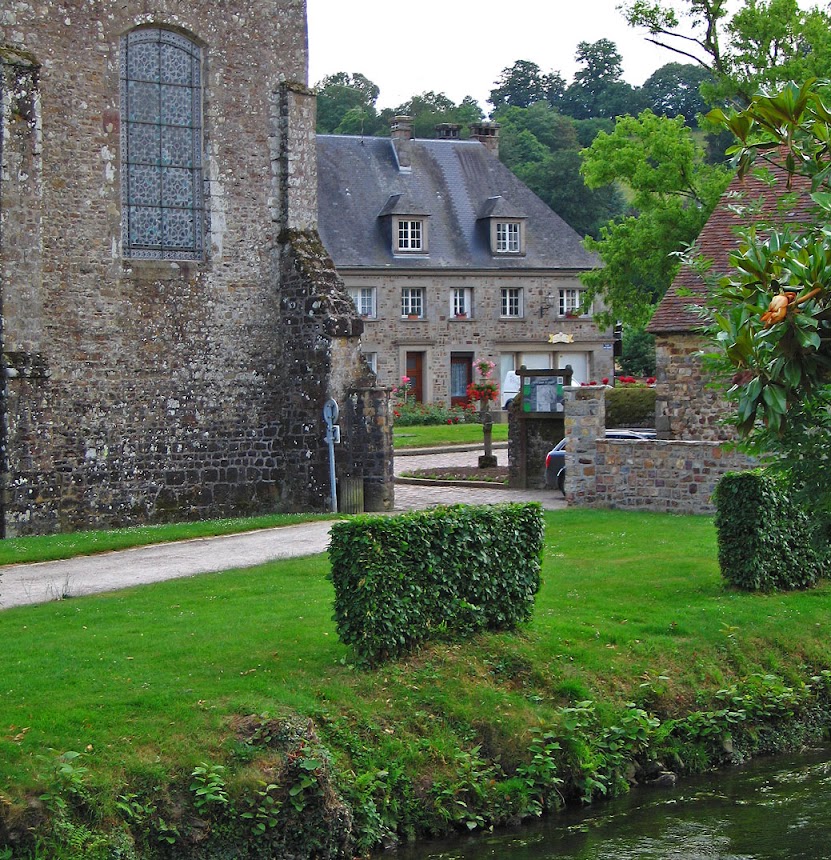 The church itself stands in a bucolic valley where two small rivers come together.
It is known for its narthex, a feature rare in churches of the region. 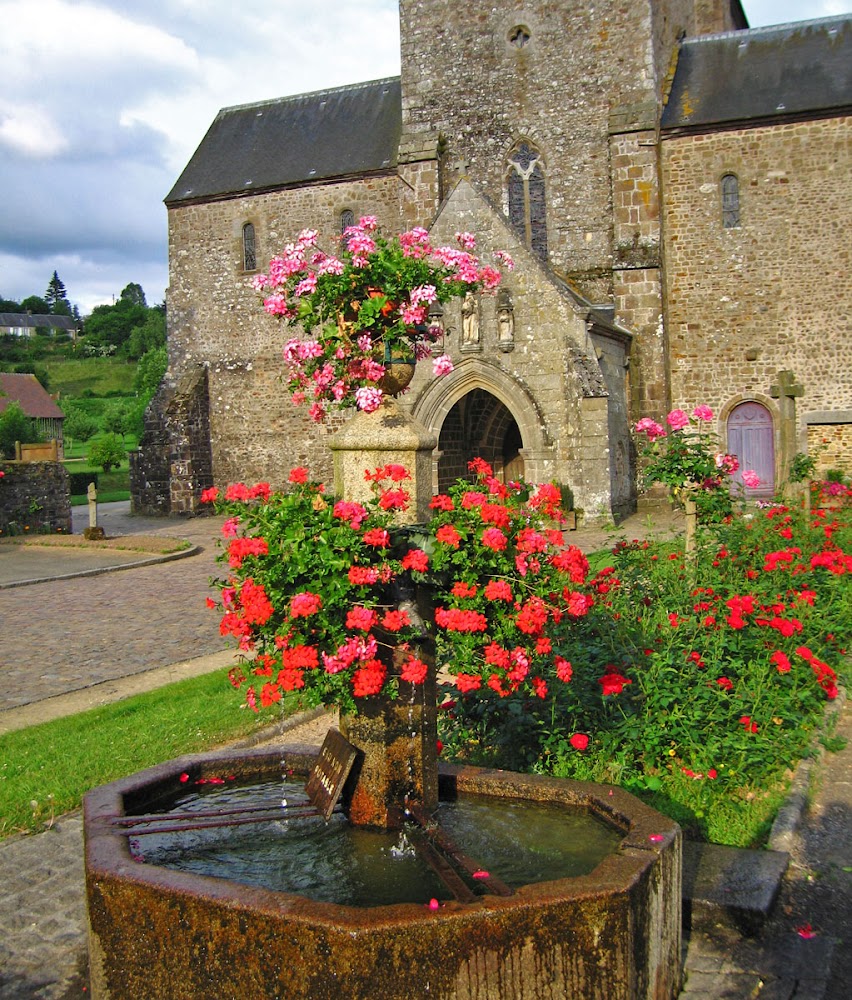 The church suffered damage not only during the 100 Years' War but also during the French wars of religion.
It was again restored and re-built in the late 16th and into the 17th century. 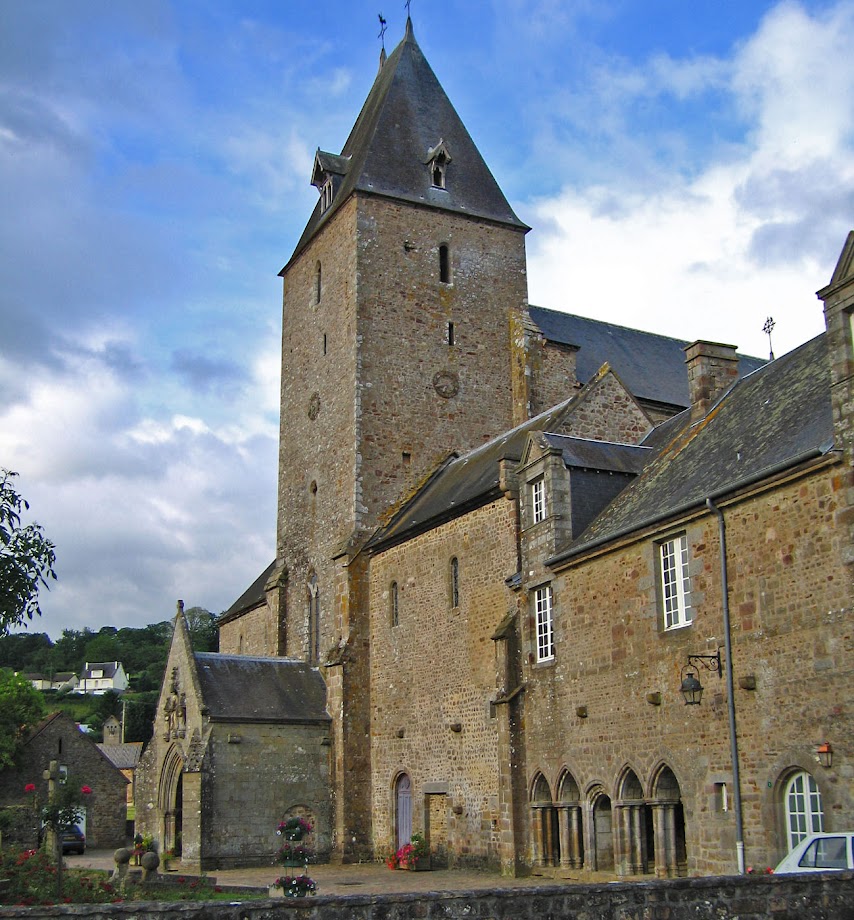 Ownership of the church was granted to the village at the time of the French revolution and various mayors
of the village have organized restoration projects over the decades since. 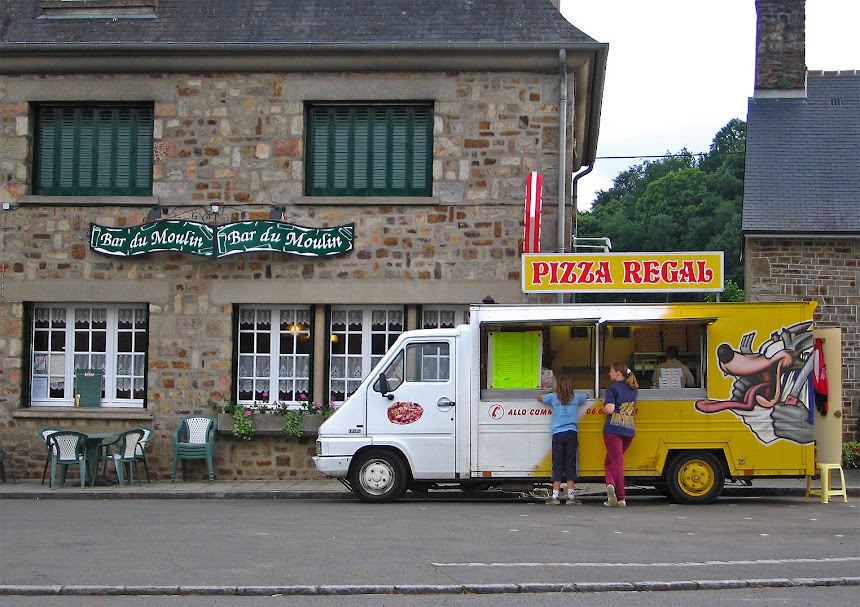 We didn't see the inside of the church when we were there because we arrived too late. It had closed at 7 p.m.
A pizza truck was parked on the village square but we were staying in a hotel so we went to a restaurant instead.