Strange morning. Well, not really. The cat brought in a live mouse at about 5 a.m. He did the same thing a couple of days ago, and he's been bringing us his prey, dead or alive, on a regular basis for a few months now. I try to stop him before he gets up the stairs to the main level (kitchen, living room, etc.) to drop the creatures and let them go scurrying around. This morning I succeeded, but then he let the mouse go down on the ground level (entryway, garage, utility room, including our cellier — food and wine storage room). He let the mouse go and then came upstairs.
I went back down there and tried to find the mouse but didn't see it. The cat went back downstairs and a few minutes later came back with the mouse — dead, this time. That's better than having the live rodent running around downstairs. I put both cat and mouse out on the front deck and closed the door. What do you do about a cat that keeps bringing live rodents and live lizards into the house and letting them go before you can stop him? I guess I should put him out after he eats his breakfast and then close the house up so he can't get back in until later in the day. You'd think that, at the age of 15, he would stop hunting. We feed him constantly, after all.
Here are some more photos of the Château de Carrouges, in lower Normandy, about 100 miles north of Saint-Aignan. I took them 15 years ago on a May afternoon, when Walt and I were driving back home after spending a few days on the Normandy coast. 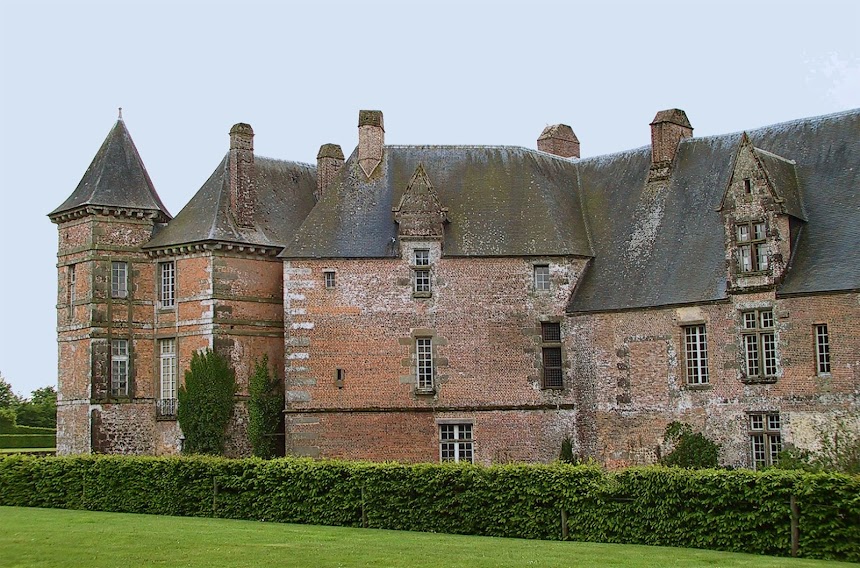 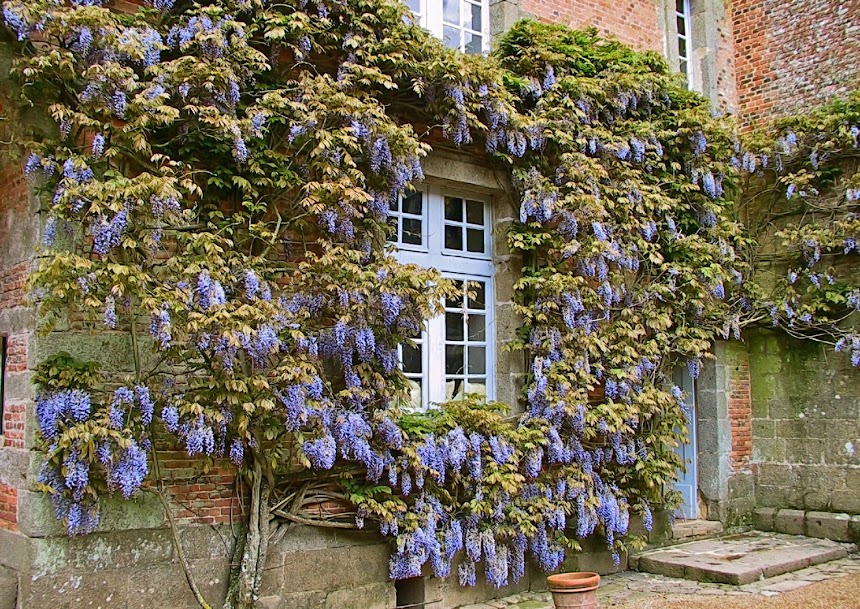 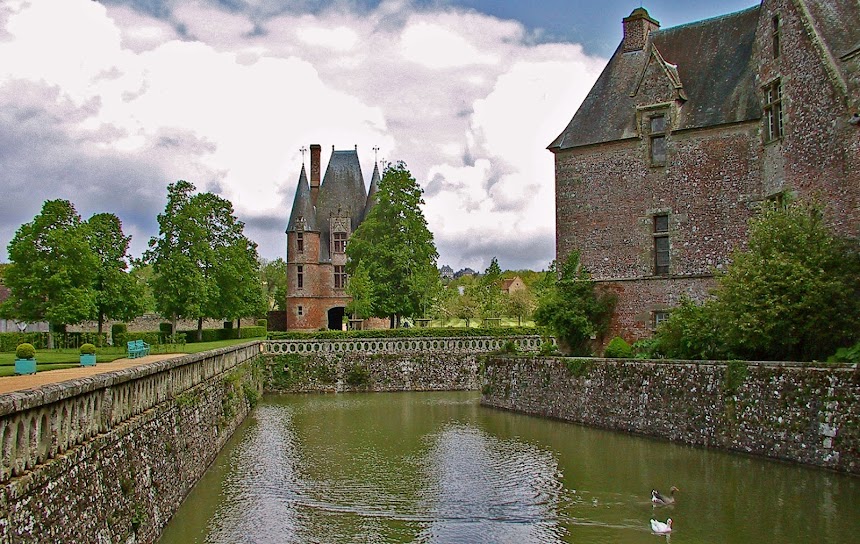 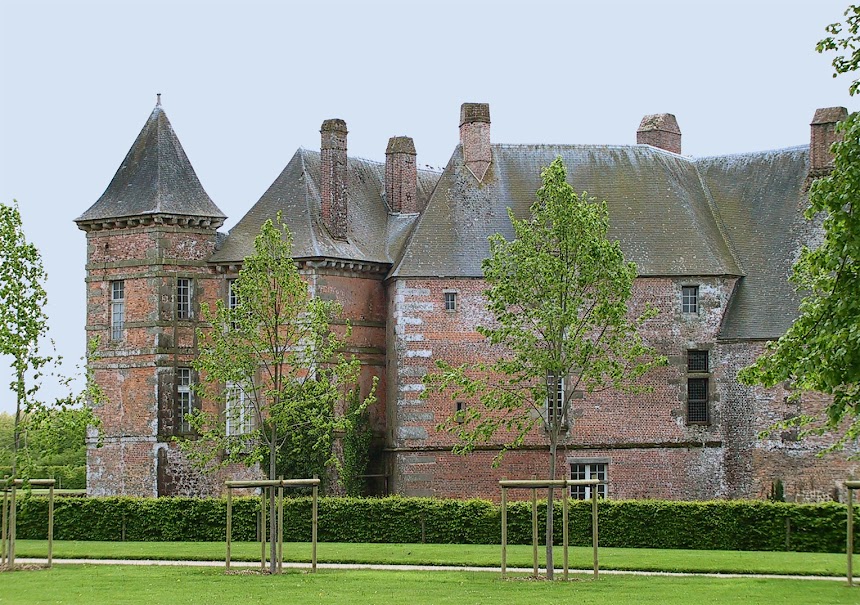 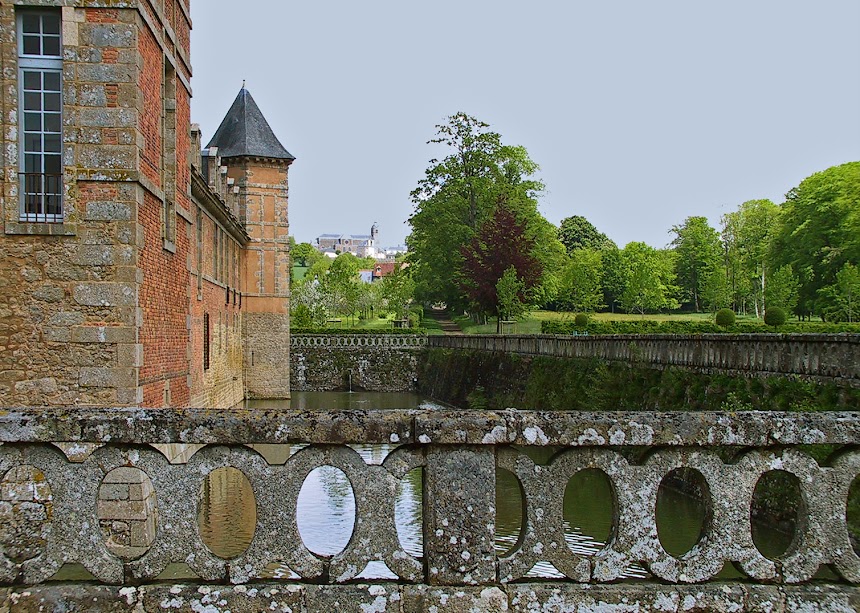 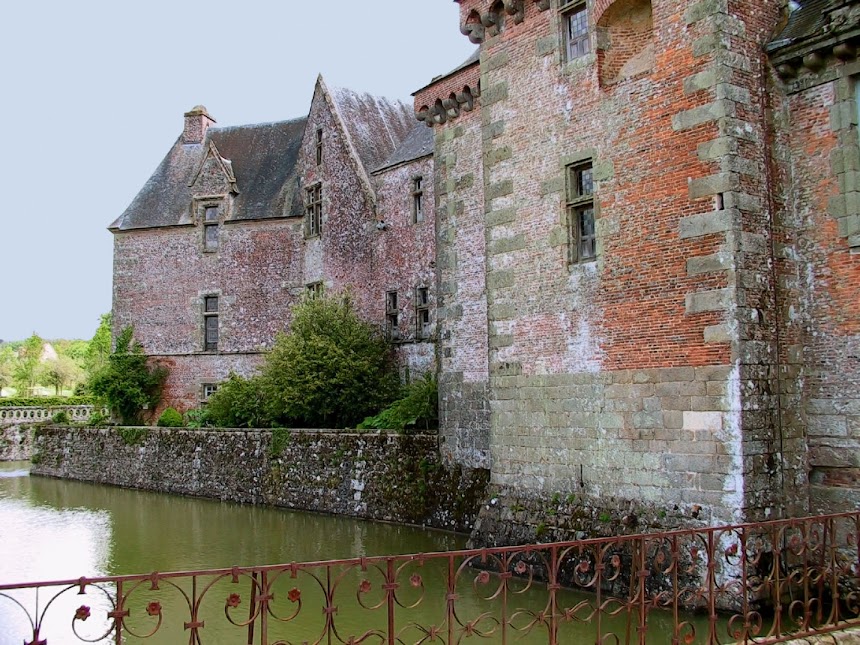 Walt got up a few minutes ago, said the house felt cold, and went down to check the boiler. It was displaying an error code and we can't get it re-started. We might be out of fuel. You'd think that by this time in May we wouldn't need to have the heat coming on. But it's windy outside, though not very cold (between 45 and 50ºF), and it's supposed to rain starting later this morning. So it won't get very warm outside. Walt can build a fire in the wood stove, but it's too dark right now to go outside and get wood. Another day in this Loire Valley life...
Posted by Ken Broadhurst at 06:00