The village called Lonlay-l'Abbaye is just 10 minutes by car north of the town of Domfront in Lower Normandy.
It's 45 or 50 minutes from the Château de Carrouges. Here's another view of the 11th century Lonlay church. 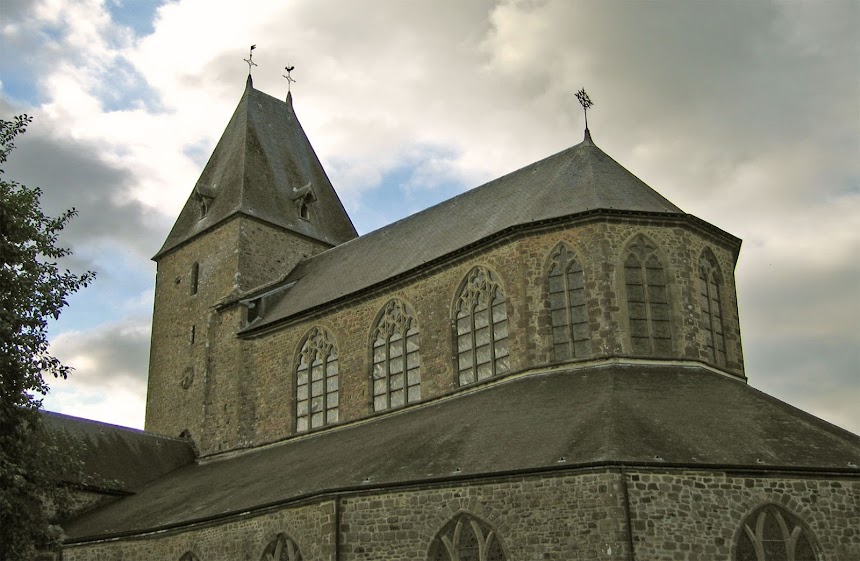 I wrote these blog posts about Lonlay after reading in a Wikipedia article that the man who had the elegant gateway
(le châtelet d'entrée) at Carrouges built in the early 16th century was Jean le Veneur (b. 1473-d. 1543).
The article also said he was the abbot of the Lonlay abbey church for a certain amount of time.
I had a vague memory that we had stopped in Lonlay on one of our trips to Normandy.
We really had stopped there — in 2006 — and I found the photos. 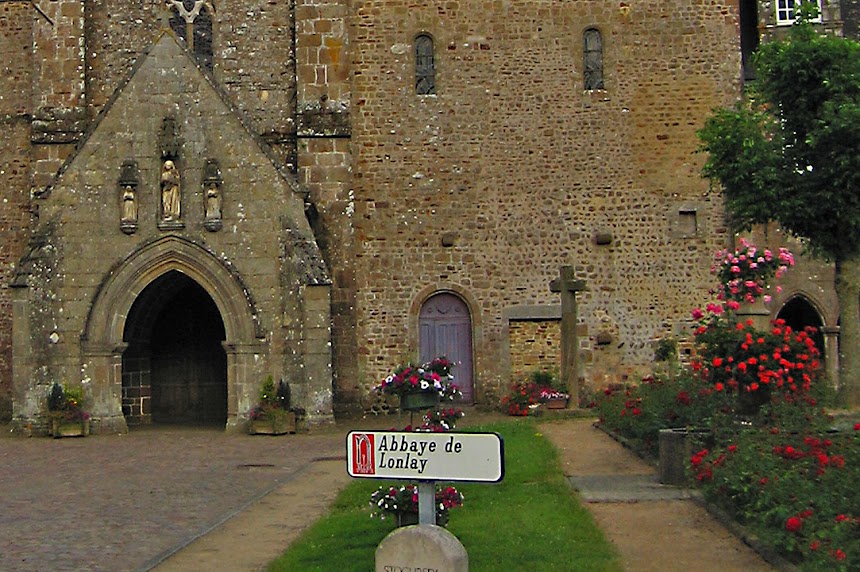 If you look back at yesterday's full view of the Lonlay abbey, you'll see that I had erased its name on the sign above.
(You can also see that that pot of pink geraniums is not suspended but is sitting on some kind of column.) 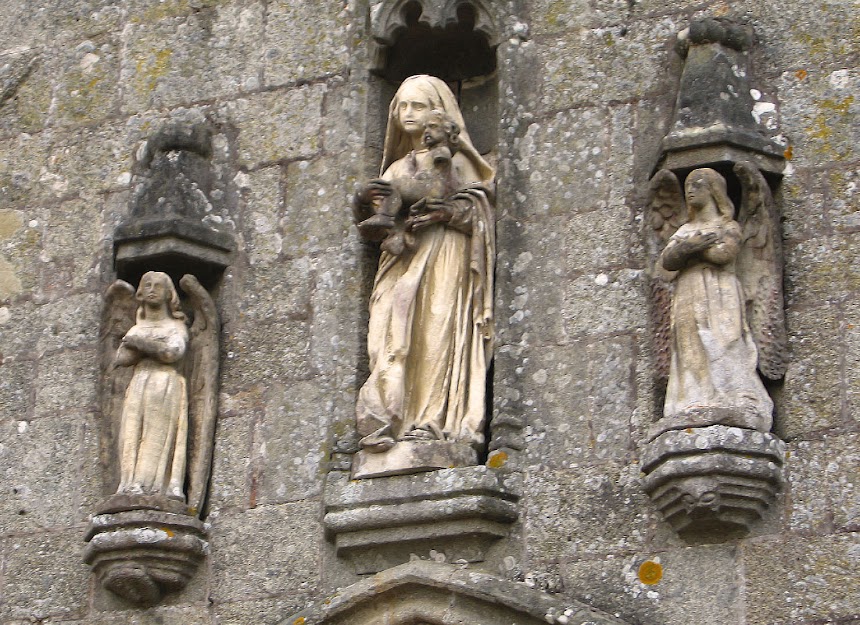 Here's a zoomed-in photo of the statuary on the façade of the church's porche. 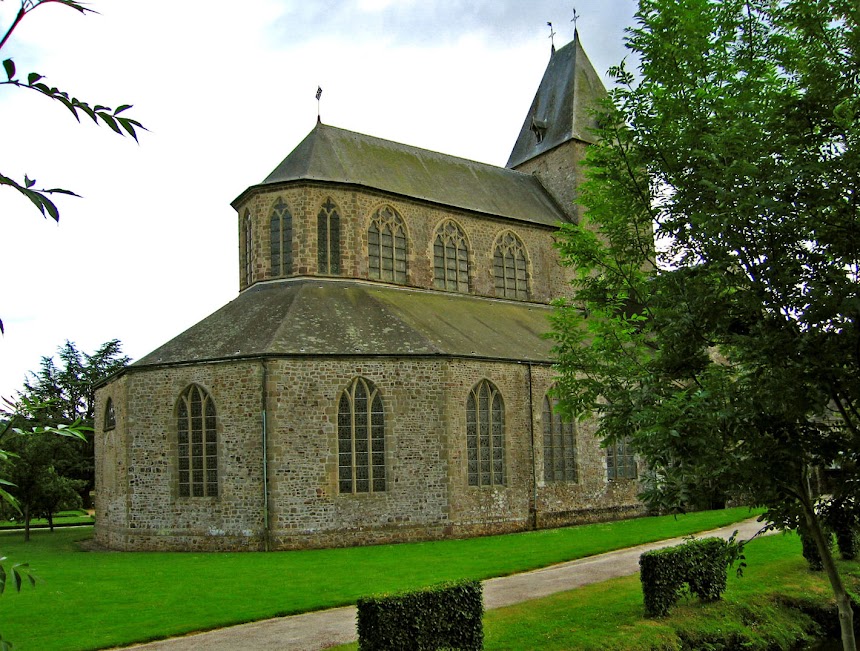 It's not clear to me what the church looked like before the Second World War, when it suffered damage.
It was subsequently repaired but I don't know how extensively. 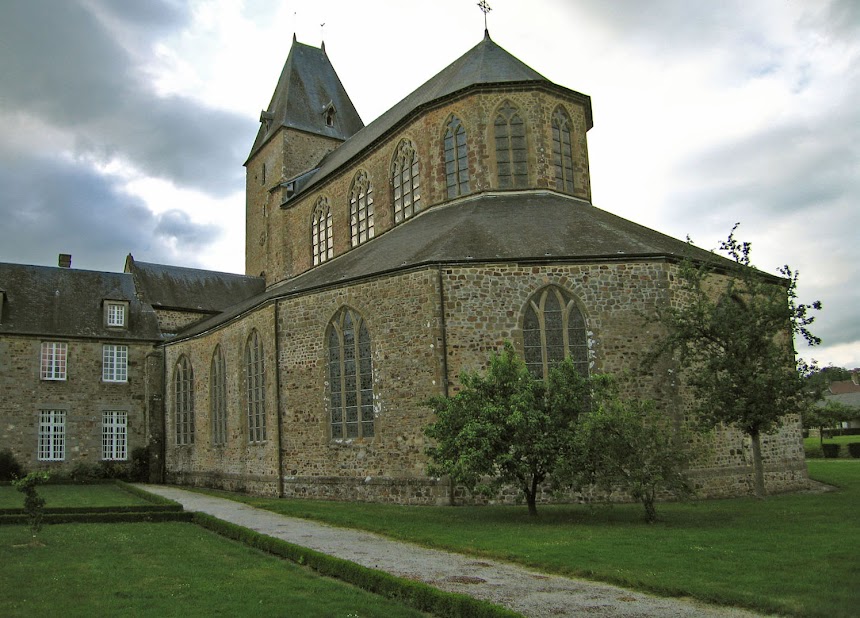 I also don't know what it looked like in earlier centuries, and how much it might
have been modified after being damaged in the 16th century Wars of Religion. 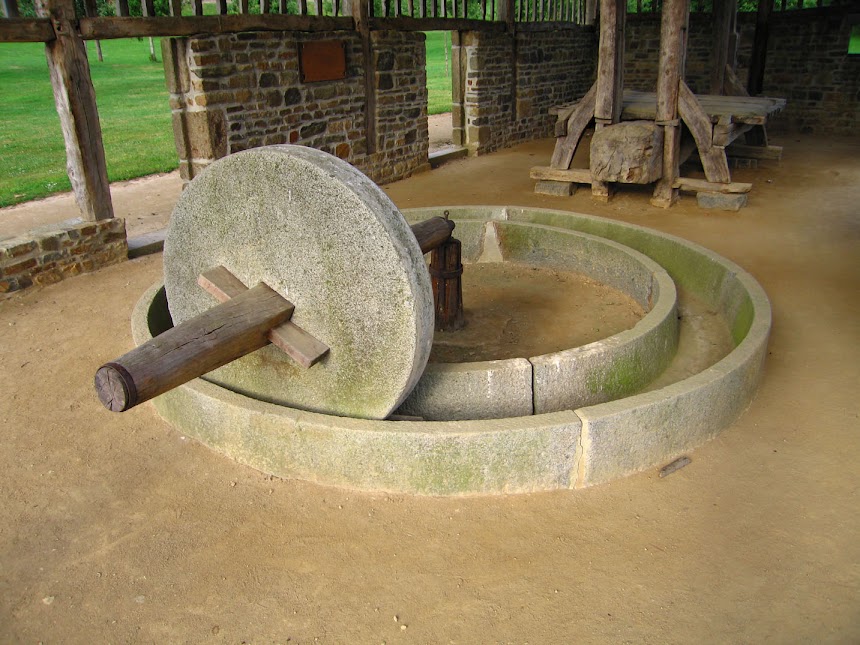 I do now know what this is, thanks to one of Kiwi's blog posts. It's a press in a shed on the church grounds.
It's used for mashing apples to make juice for cider, Normandy's favorite drink and fruit.
Posted by Ken Broadhurst at 06:30