Yesterday I posted a cropped and otherwise processed version of the photo below. It shows some of the flooring in the Château de Carrouges in Normandy. I've seen and walked on such floors in Paris and in other parts of France for decades, without ever thinking or knowing much about them. 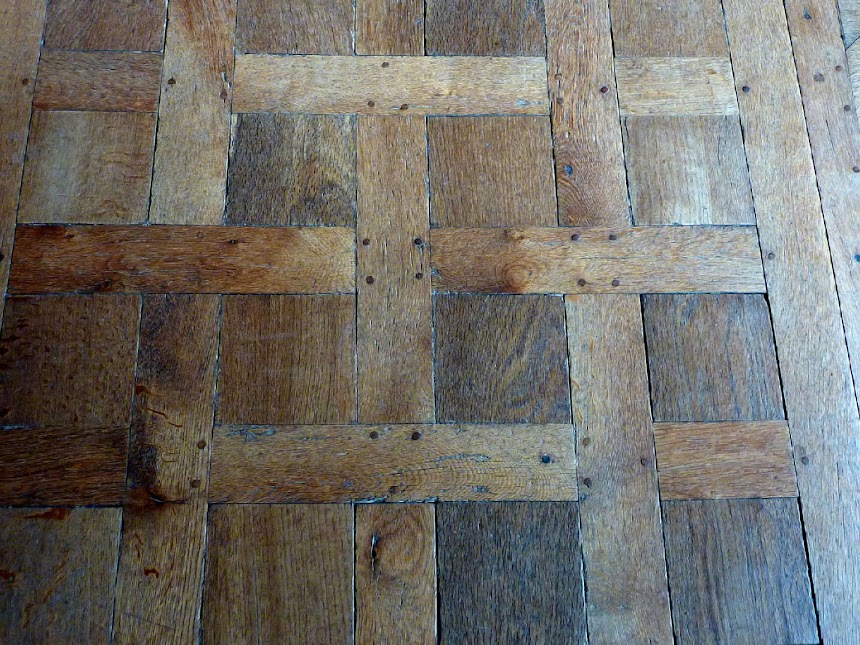 It turns out that this style of hardwood flooring is called parquet Chantilly (a château north of Paris). The slats and squares of wood run perpendicular to the frame that they are held in. 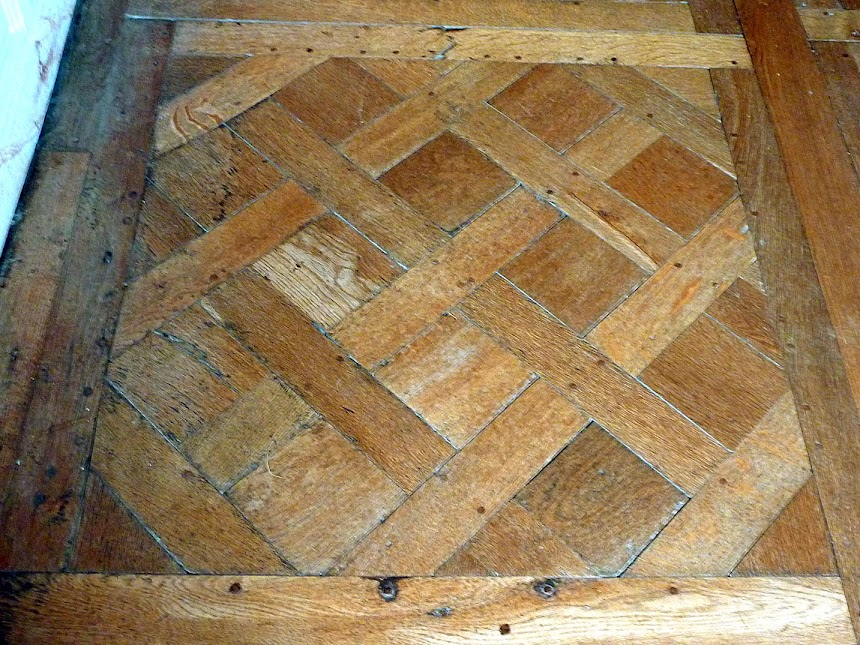 Above is another photo of a section of hardwood flooring at Carrouges that I think I took in the same room. That was confusing, but I learned that this style is called parquet Versailles, in which the slats and squares of wood are laid diagonally in the frame. 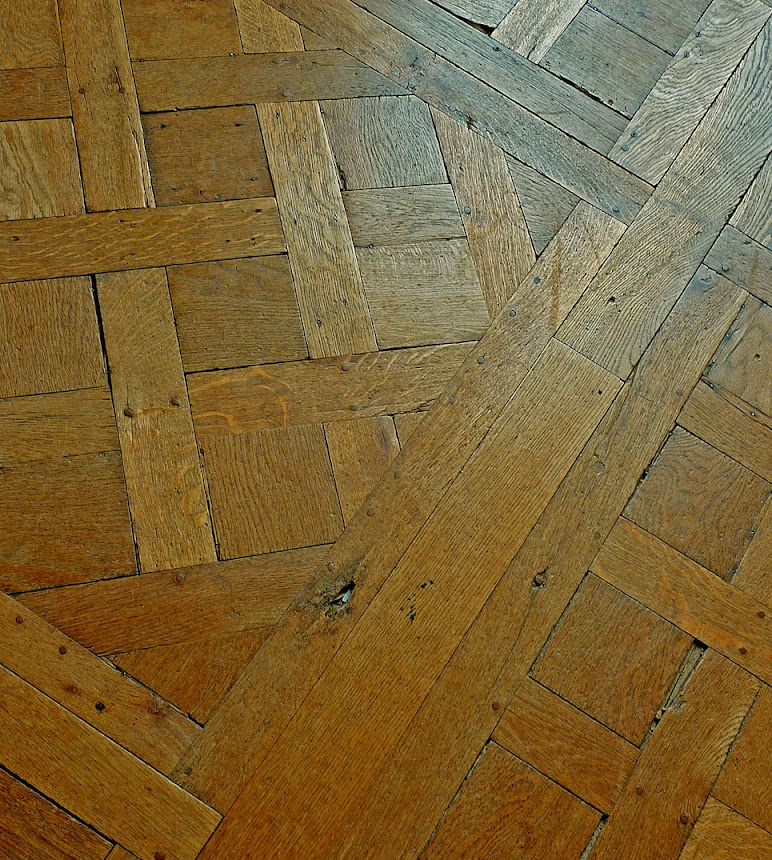 Here's another photo I took, I believe, the same room at Carrouges. You can see how the Chantilly and Versailles dalles (panels) are laid side by side in a checkerboard fashion. 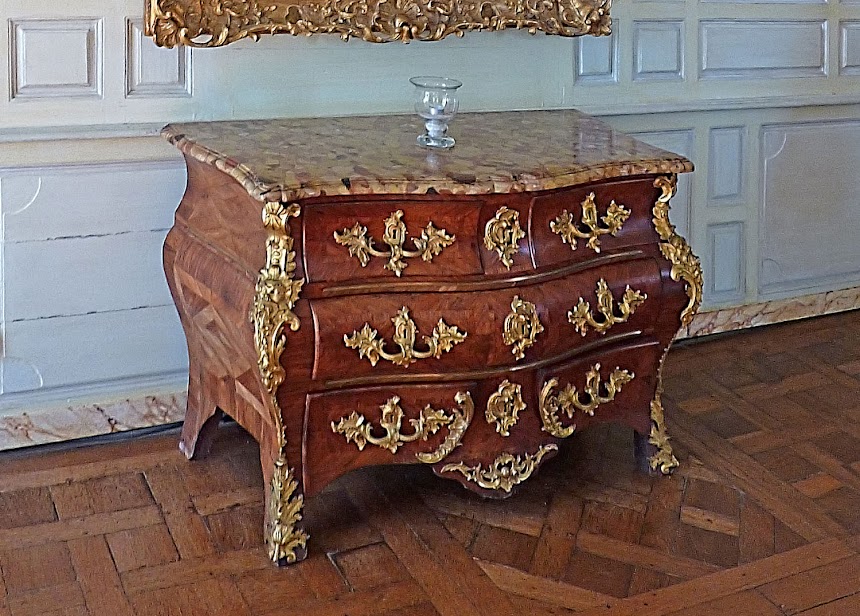 Then I noticed this photo, taken in the same room, where you can see the two styles. One web page I found calls it le mariage heureux du Versailles et du Chantilly. 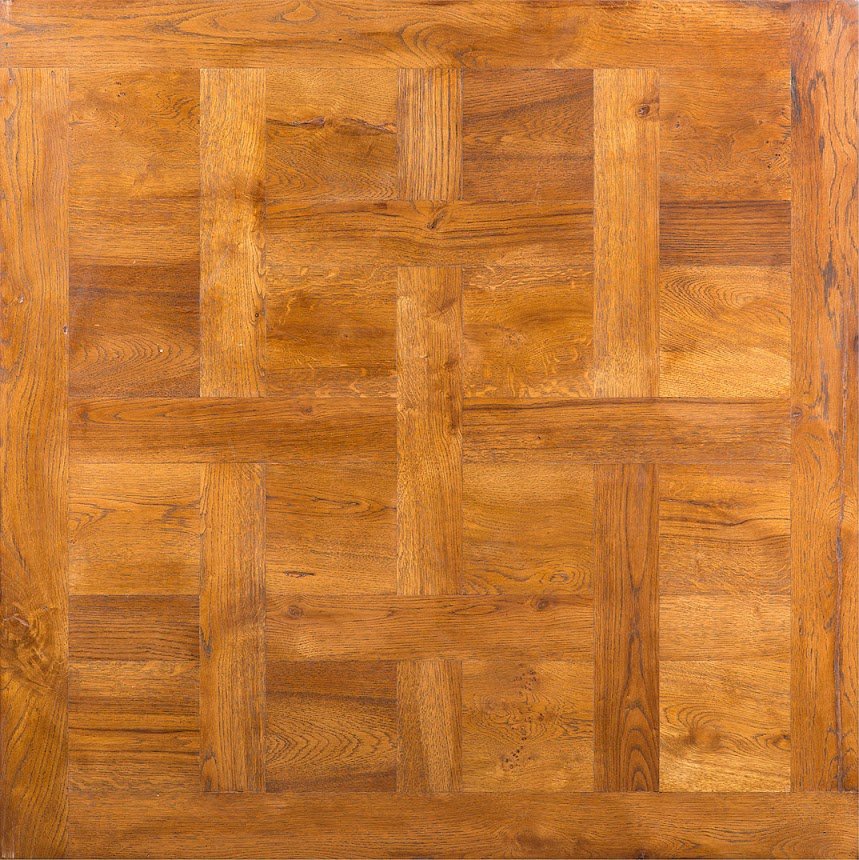 This is a photo I found on the web that shows the Chantilly style of parquet flooring. 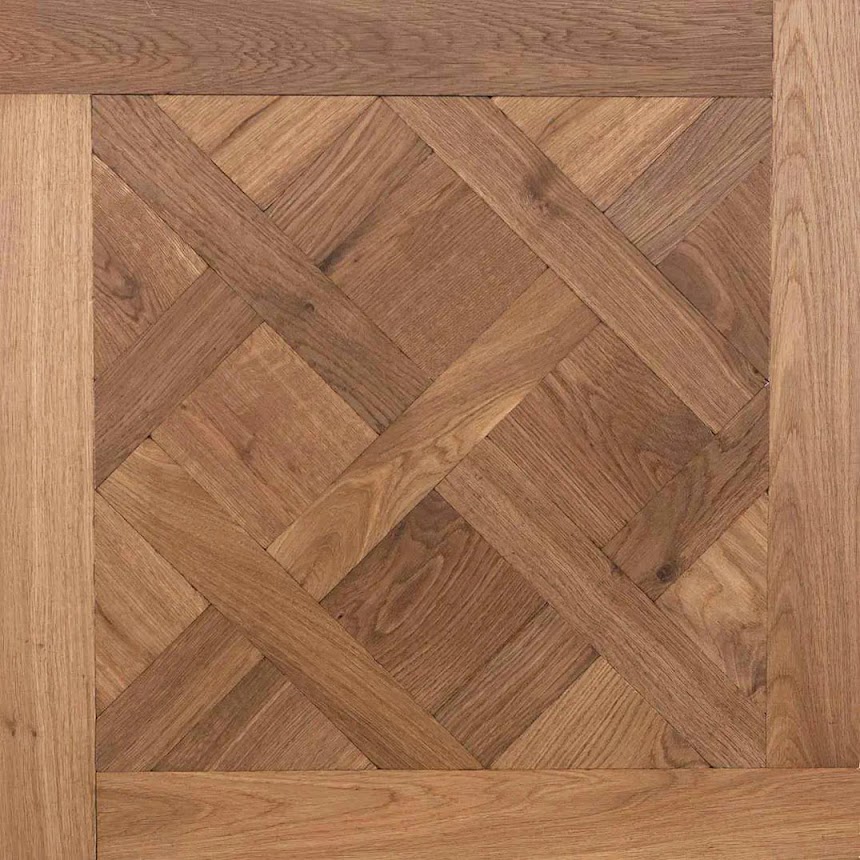 And this one shows the Versailles style. Who knew? ...or ever really noticed?
Posted by Ken Broadhurst at 07:00