Cooking and eating at the gîte in Cavaillon 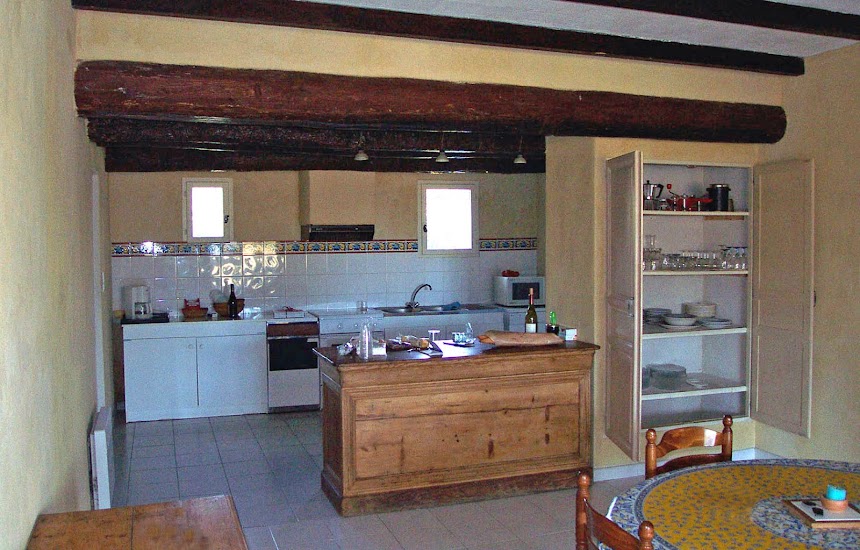 The kitchen in the Cavailon gîte was spacious, that's for sure. And pretty well equipped. We did quite a bit of cooking while we were there. I enjoy having dinner in a gîte at night rather than going out to a restaurant. A restaurant dinner out in the country means driving at night, but to get to the restaurant and to get back "home." 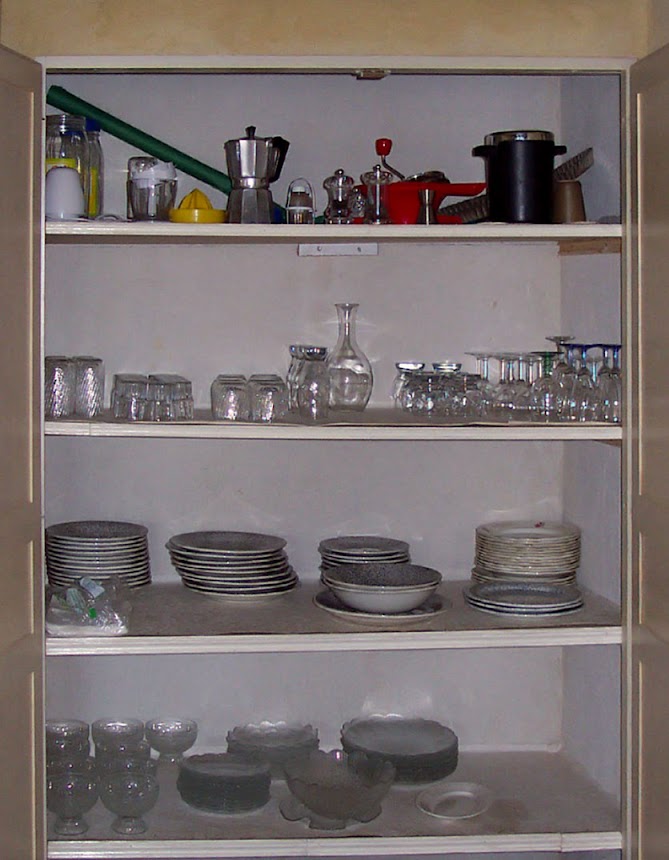 This kitchen was more than adequately equipped. The glassware and dishes were simple but functional. I don't really remember how many bedrooms there were in the house — Walt and I were in one, and Sue was in another. Looking at the kitchen and into this china closet, you can see how 6 people could easily stay here comfortably. And I remember that we paid only about $400 a week in rent. 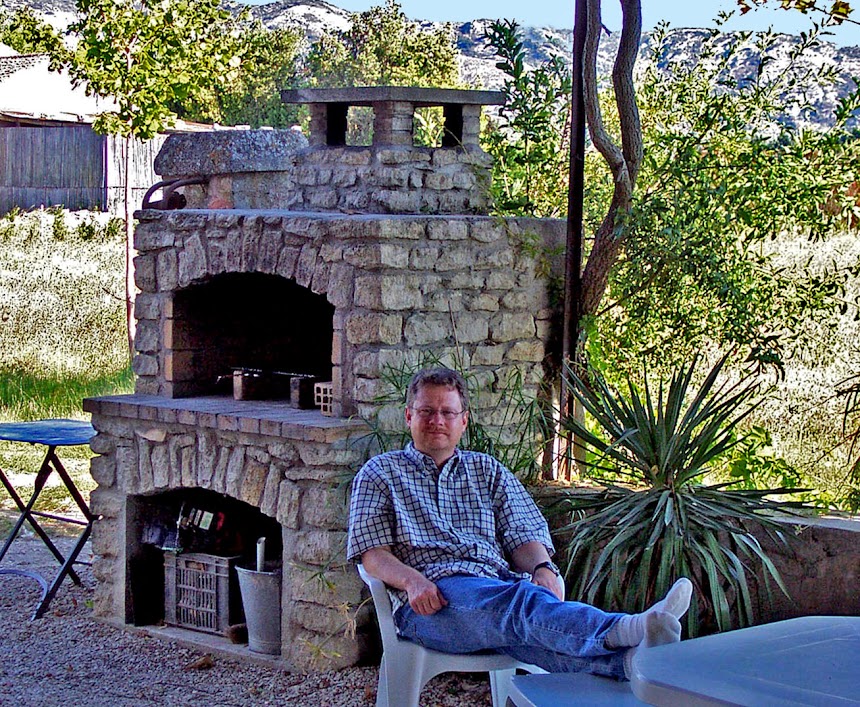 The first couple of days we were in Cavaillon, we were recovering from jet lag. The flight was long — 11 or 12 hours in all from San Francisco to Paris — and then we had to drive for 6 or 7 hours from CDG airport, north of Paris, all the way down to Provence. Not only did we have a good kitchen, but we also had a great barbecue at our disposal. And we were close enough to town that we could walk in and do some shopping. Exercise and daylight are two cures for jet lag. 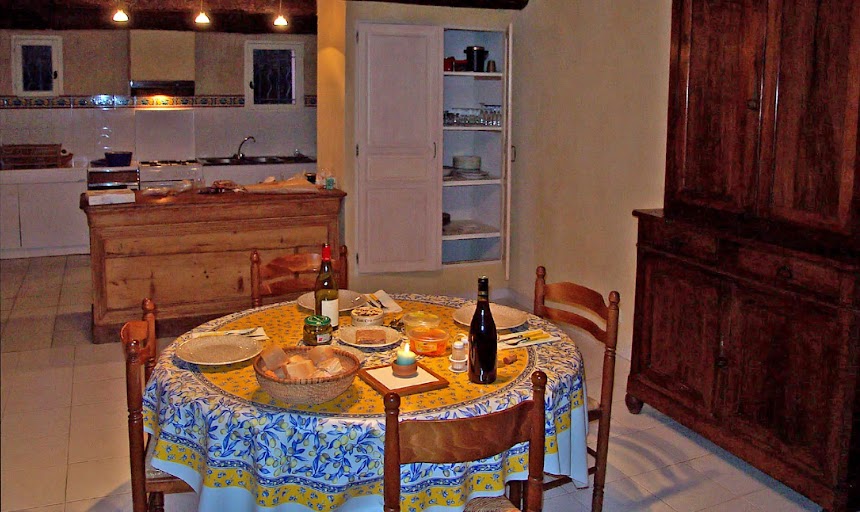 Looking at these old photos, I see that we bought sausages and chicken to cook on the grill. And potatoes, served steamed. And there were salads, as well as Dijon mustard and local Puget olive oil as condiments. 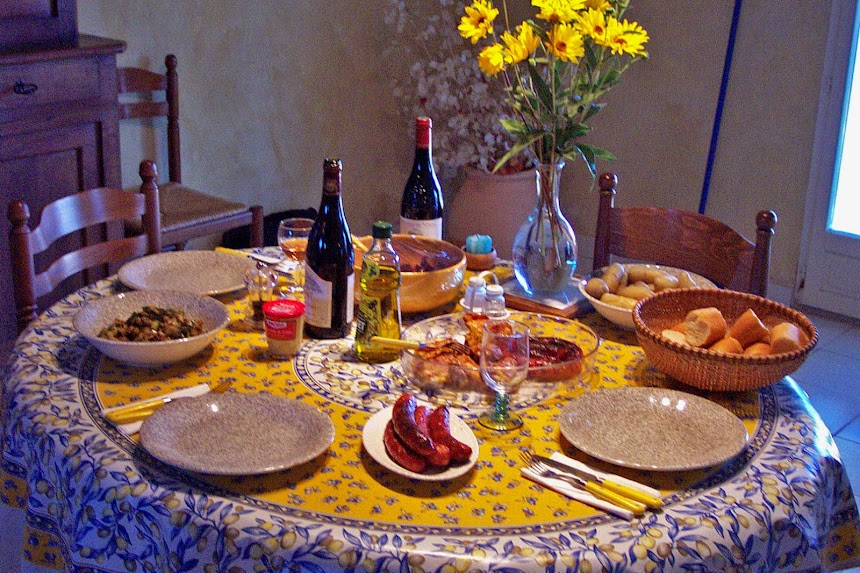 Bread and wine too, of course. It's too bad that the Mistral wind starting blowing a couple of days later. That made us wary of trying to cook on the stone barbecue grill. We didn't want sparks flying around the area. We had leftovers for a few more dinners, though. And we had lunches in restaurants on days we spent out in the car, sightseeing. 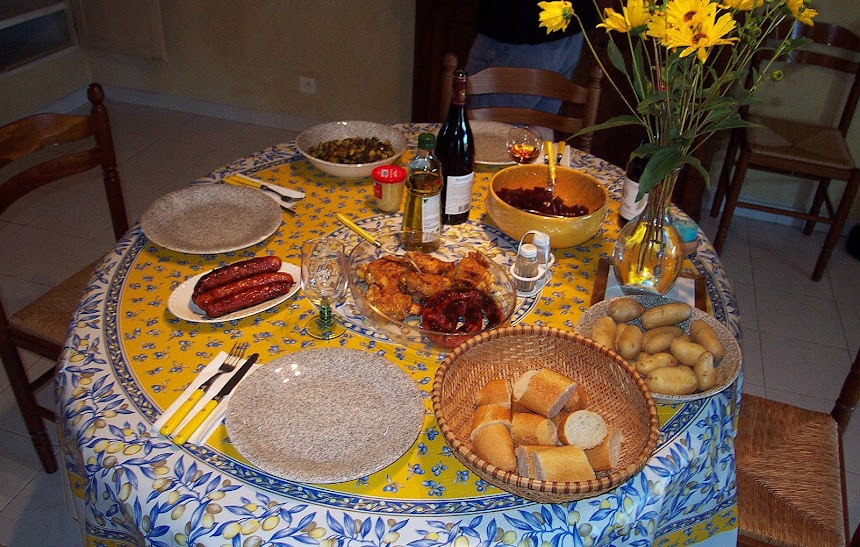