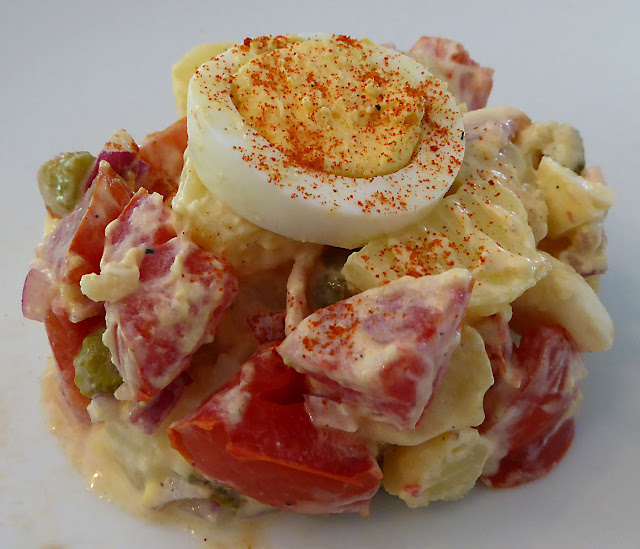 Summer — yes, the hot afternoon weather is back here in Saint-Aignan — is definitely potato salad season. One of my favorite potato salads is one that's often served in French cafés and restaurants. It's not actually French, but Italian, and it's called une salade piémontaise. Le Piémont is a region in northwest Italy, in the foothills of the Alps, bordering on France and Switzerland. The two biggest cities in the Piémont are Turin and Asti. 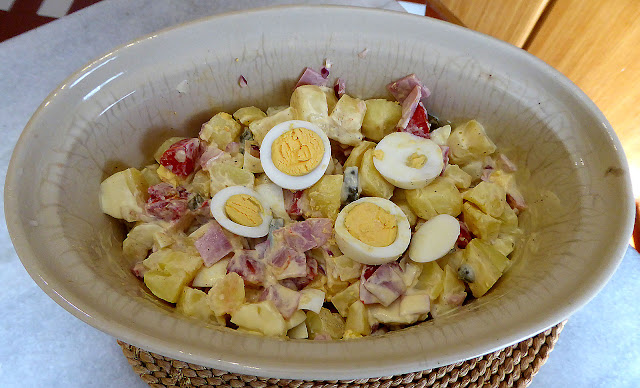 The ingredients are pretty standard but the combination of ingredients is really good. It's potatoes, of course, but with firm, ripe, diced tomatoes along with big pieces of French cornichons (pickled gherkins), hard-boiled eggs, chopped onion, and ham. You could use dill pickles or sour pickles instead of cornichons, but don't dice them or the tomato too finely. You want to taste them when you eat the salad. 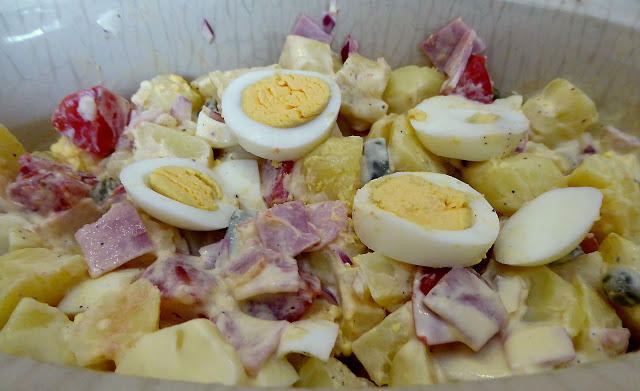 I like to cook the potatoes and the hard-boiled eggs in a steamer pot. The potatoes don't get water-logged, and the eggshells break less frequently during the steaming process than they do when cooked directly in boiling water. The cooking times for steaming are the same as for boiling — steam the potatoes for 20 to 25 minutes, until tender, and then steam the eggs for 10 minutes. 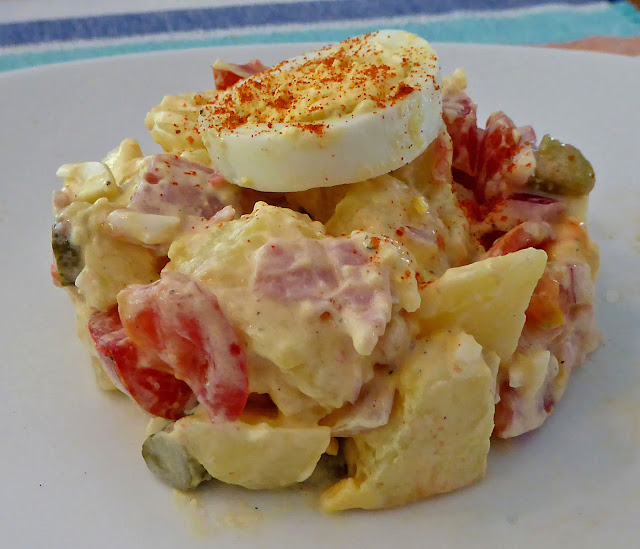 For this salade piémontaise, I made a dressing by combining supermarket mayonnaise with Greek-style yogurt and an extra splash of vinegar. The mayonnaise by itself is too sweet, I think, and it's too thick. Yogurt thins it and reduces the sweetness. The ham is just packaged sandwich ham (jambon de Paris in France) diced up. Being fancy for once, I used a pastry ring (also called a "food stacker") to make these neat little piles of potato salad on the plates. That's sweet paprika sprinkled on top — but smoked paprika would be good too.


Here's a French recipe for salade piémontaise, in English, that I found on the internet.