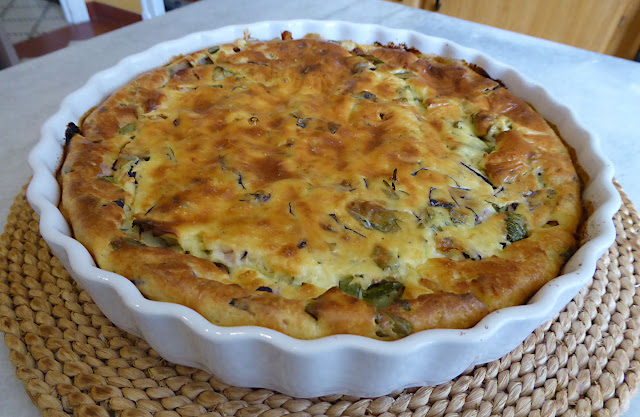 I've made and posted about the French cream pie called un clafoutis many times. Usually they are for dessert, but you can also make what you might call a savory clafoutis — savory in French would be salé because the clafoutis mixture is salted, not sweetened. I've made savory clafoutis before, with cauliflower. Another name for this kind of pie is "crustless quiche" ( une quiche sans pâte). 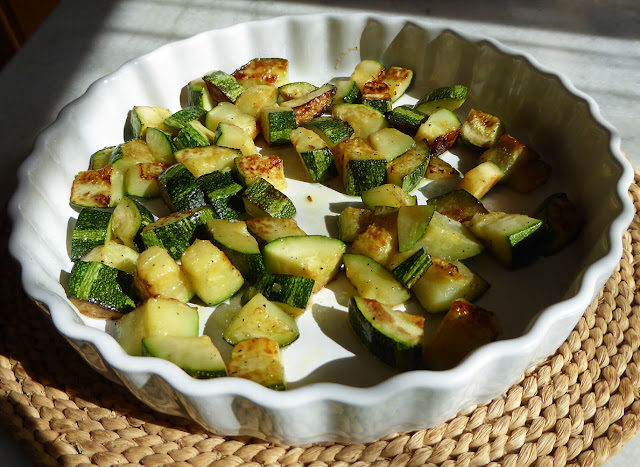 A quiche normally has a crust made with flour and butter. A clafoutis doesn't have a crust that you have to make (or buy) separately — it makes its own crust, in a way. The clafoutis batter contains a small amount of flour, whereas the quiche batter is just eggs and cream (or milk), with cheese, ham, and/or vegetables for flavor. For this crustless quiche, the first step is to sauté a zucchini that has been cut into chunks the about size of cherries. (Cherries are the classic and original clafoutis ingredient.) 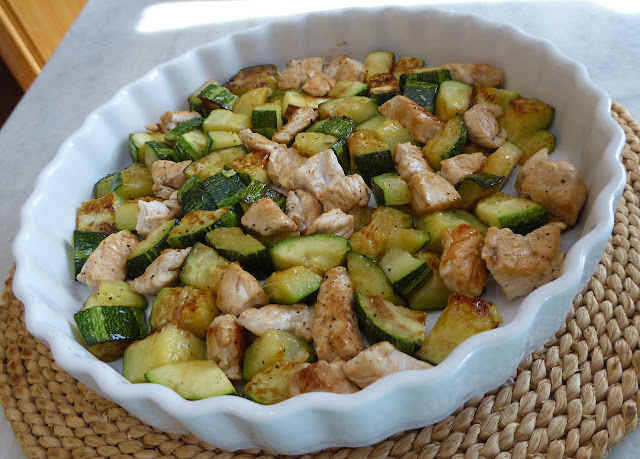 After the zucchini cubes are slightly cooked and slightly browned, put them in the pan you are going to bake the clafoutis in. For this pie, I decided to add some meat too — it's diced turkey breast that I sauteed in the same pan I cooked the zucchini in. Into the pie plate it went. The idea is to put the flavor ingredients in the pan and then pour the creamy egg custard over them. 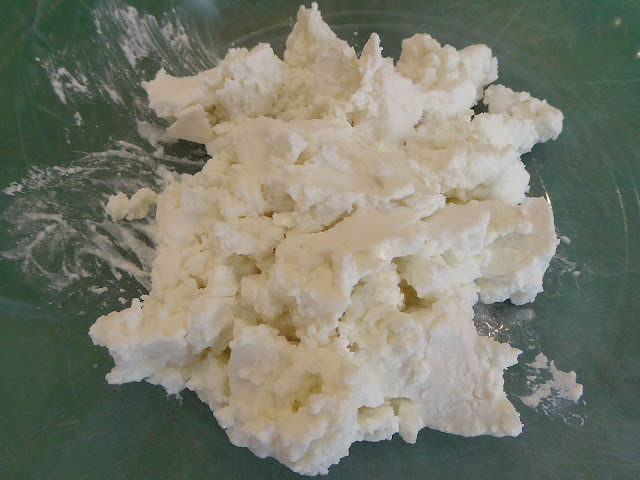 The other flavor ingredient in this savory clafoutis is cheese — goat cheese, called fromage de chèvre in French. As I wrote about yesterday, here in the Loire Valley we can buy locally made goat cheeses that are either chèvre frais (not ripened), chèvre demi-sec (medium ripe), or chèvre sec (ripened until dry and hard, sort of like Parmesan cheese). For this pie, I decided to use fromage frais de chèvre, which has the consistency of cream cheese or cottage cheese — both of which would be a good substitute for fresh goat cheese. 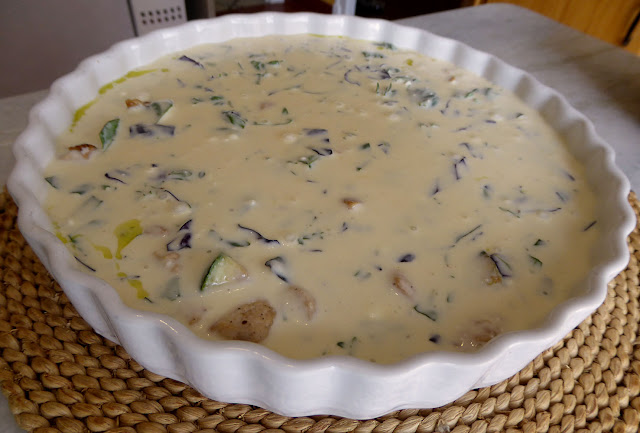 I mashed the fresh goat cheese with a fork, added some flour, and then added milk and eggs to make a custard with a smooth, liquid consistency. For a clafoutis like this in a 10-inch pan, I used 200 grams of cheese, 60 grams of flour, 200 milliliters of milk, and three whole eggs. Carefully pour the liquid over the pre-cooked zucchini and turkey cubes. Oh, and add some fresh herbs to the custard — I had fresh basil and fresh thyme. Don't forget the salt and pepper. 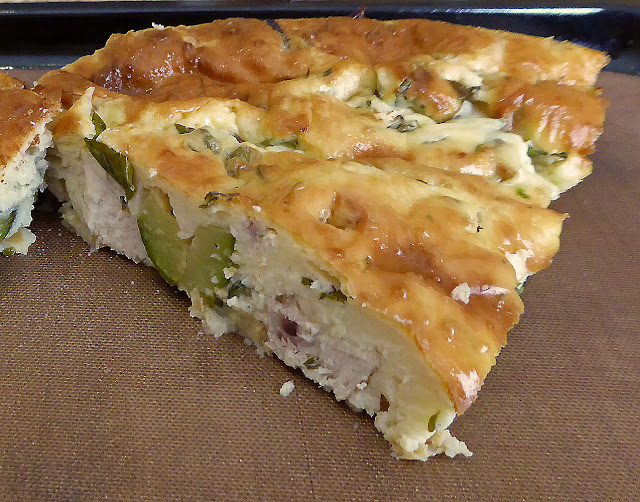 Here's the result pictured as a slice ready to be served. You can see some zucchini and turkey cubes embedded in the cooked custard.
Okay, you could make this same crustless quiche using grated cow's milk cheese (cheddar or swiss), or with cream cheese or cottage cheese. And next time I make one, I want to use a ripened goat cheese cut into chunks along with the zucchini and turkey chunks. Cubes of ham or pieces of smoked bacon (lardons) instead of poultry would also be good. There are so many possibilities.
Posted by Ken Broadhurst at 06:15