The other SF bridge 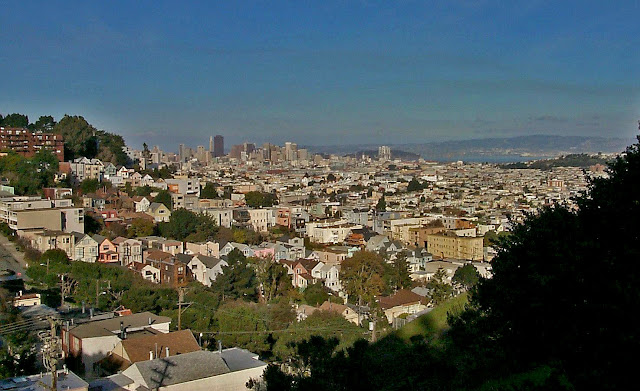 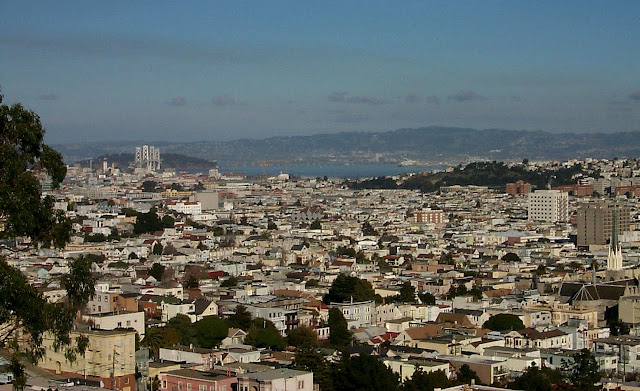 The official name of this bridge is the San Francisco-Oakland Bay Bridge. It's actually two bridges: a classic suspension bridge from SF out to Yerba Buena Island in the bay, and a self-anchored suspension bridge from Yerba Buena Island over to Oakland. This span is a new bridge that recently replaced an older cantilever bridge, a section of which had collapsed during the 1989 Loma Prieta earthquake. (These are photos I took in January 1999.) 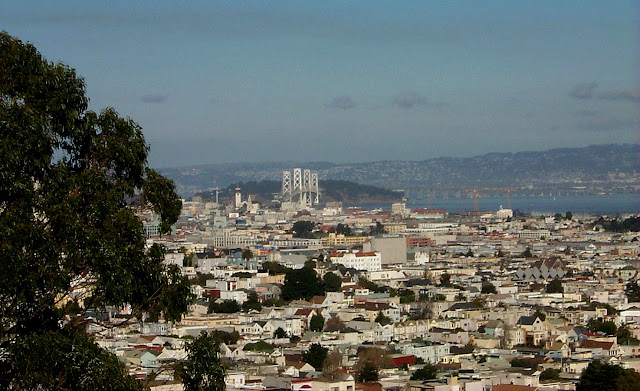 The new part of the Bay Bridge between the island and Oakland is said to be the widest bridge in the world. The whole bridge complex from SF to the shore of the East Bay is at least twice as long as the Golden Gate Bridge, which itself measures nearly 3 kilometers. Both bridges were built in the 1930s. The Bay Bridge carries U.S. Interstate 80, a transcontinental highway that links SF to New York, 4,000 kilometers to the east.
Posted by Ken Broadhurst at 07:00