Our "new" neighbors across the road generously invited me to come pick as many plums as I wanted from several trees on their property. I put "new" in quotes because we've known them for 15 years — they are the daughter and son-in-law of the people who used to come from Blois to spend summers here in the Saint-Aignan area. The parents well are into their 80s now, and the younger couple, who take care of the house and yard these days, are in their 60s. Here's the bounty on just one of the plum trees over there. 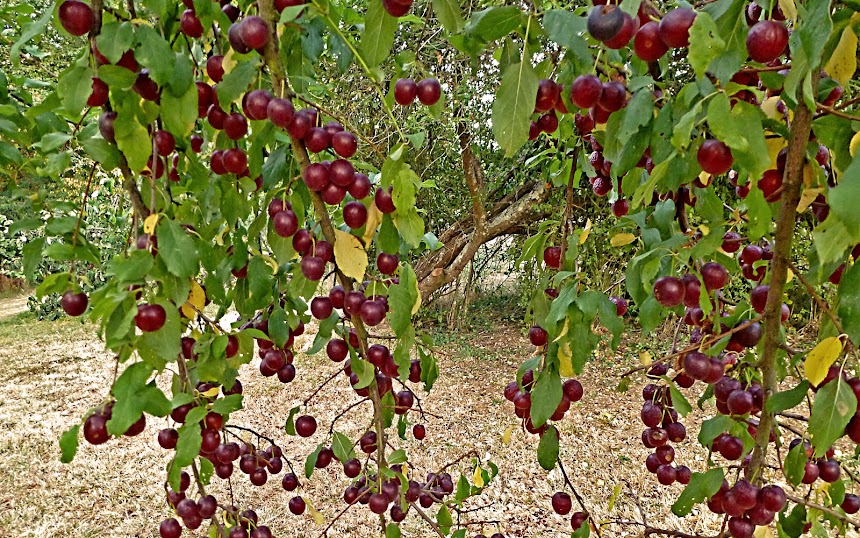 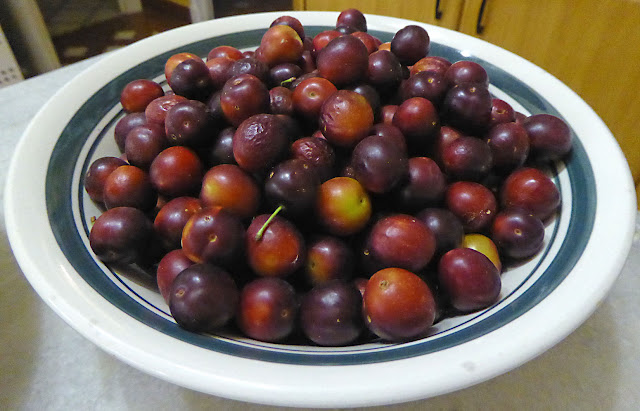 These plums are not exactly the same variety as the ones we had on the tree in our own back yard, but they are similar. Ours ripened a few weeks ago and were immediately devoured by birds. The neighbors' plums weren't really quite ripe yet, but I picked some  late last week anyway. They aren't a "freestone" variety, so I figured I had two options: either bake them in a clafoutis, pits and all, or make jam or jelly with them. 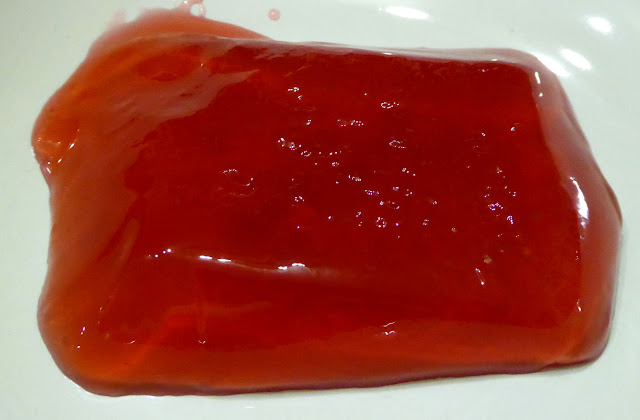 I ended up making jelly, which is something I had planned to make with our own plums before the birds stole them all. It turned out to be pretty easy. I just rinsed the plums, put them in pot, covered them with water, and simmered them until they burst and released their juice. I crushed them a little with a potato masher as they cooked. They simmered on low heat for 30 to 45 minutes. 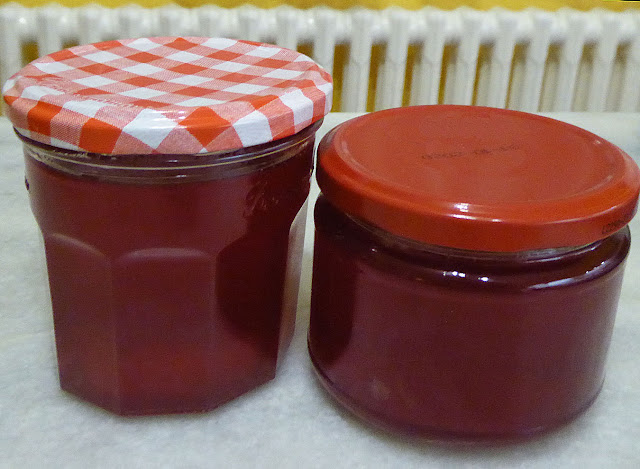 Then I dumped the unpitted plums into a colander lined with a kitchen towel, letting the juice drip into a bowl for an hour or more. I ended up with a good liter of juice. I went down to get a kilogram bag of sugar out of the cellar, and discovered that I had a bag of sucre spécial gelées — sugar that has pectin mixed with it. So I followed the instructions on the bag: dissolve one kilo of sugar into one kilo of fruit juice. Bring that mixture to a boil and let it boil for five minutes or more. It worked! I ended up with five jars of thick jelly. 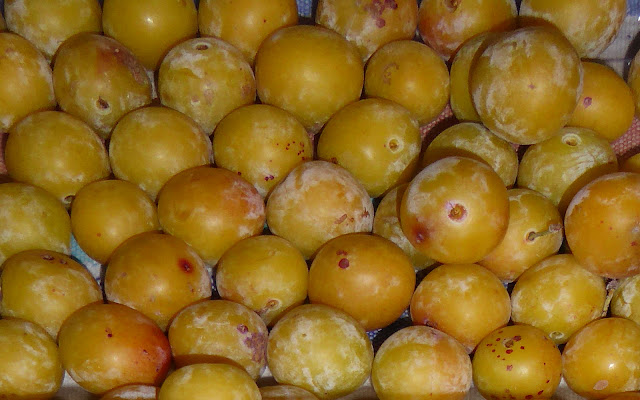 Not only did I pick little red plums at the neighbors', but I also picked about a kilo of the slightly larger yellow plums that are called mirabelles. Now I have to figure out what to do with them. They're sweeter than the red plums. Maybe I'll make preserves, but I'm letting the mirabelles ripen a little more before I do that.
Posted by Ken Broadhurst at 06:30