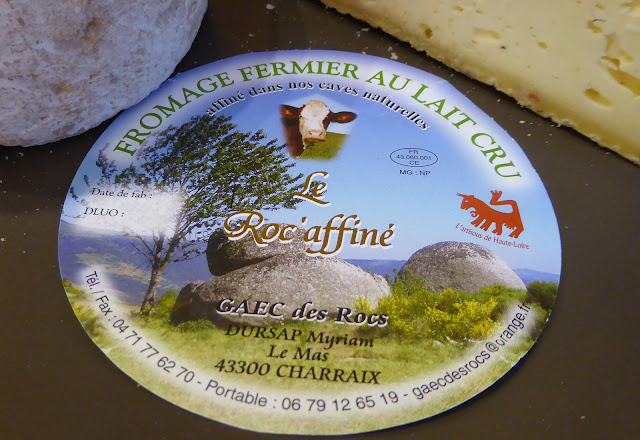 “It's the cheese!” That was an ad campaign on TV in California many years ago. Well, California cheese can be good, but if you want a wide variety of really good cheeses you have to come to France. And the old Auvergne province is one of France's best cheese regions. 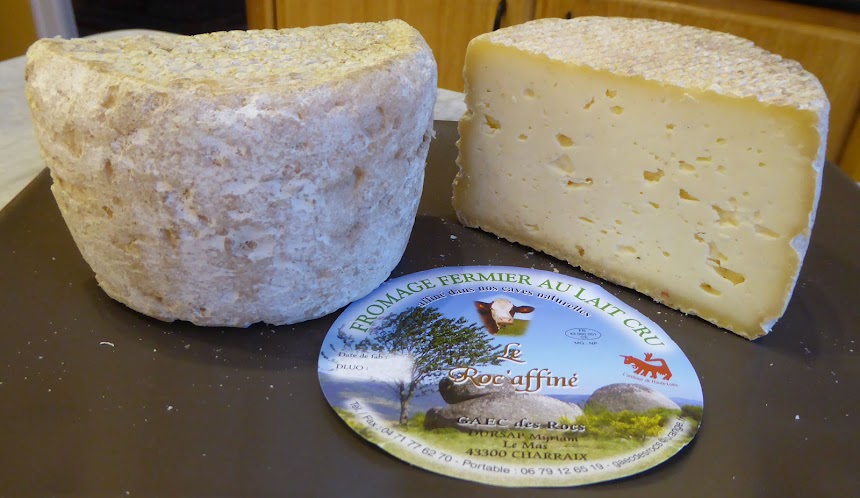 While Touraine, where we live, is a prime area for goat's milk cheeses, Auvergne is, along with Normandy, one of France's prime regions for cow's milk cheeses. Some of the most famous of those are Cantal and Salers, which are cheddar-like, along with Bleu d'Auvergne and Fourme d'Ambert, two blue cheeses made with lait de vache. (The Roquefort cheese we all know and love is made with ewe's milk.) 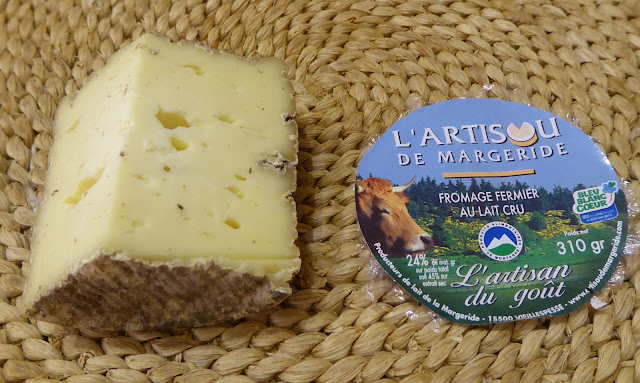 In general, farm-made cheeses (fromages fermiers) are considered to be more distinctive in flavor than dairy-made cheeses (fromages laitiers). One big difference between France and the U.S. when it comes to cheeses is that a lot of French cheeses are made with raw milk (lait cru) — unpasteurized milk, in other words. The cheeses are more natural and tasty when the milk that goes into them has not been "cooked" in the cheese-making process. 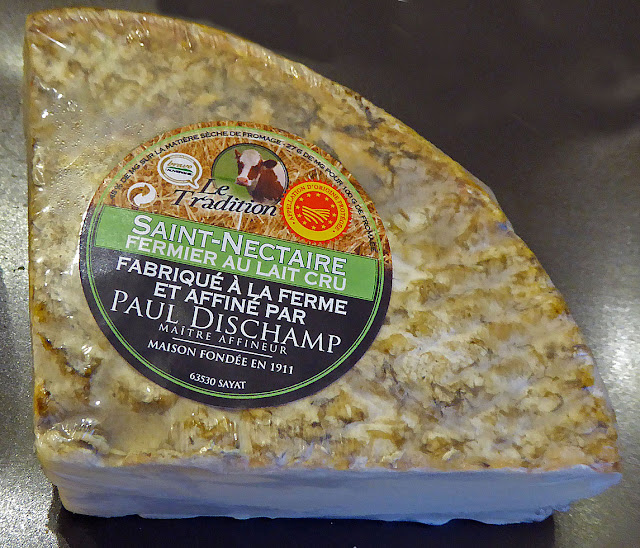 Here are some cheeses that we bought while we were in the Auvergne and brought home to Saint-Aignan. We're still enjoying them. One of the best-known is called Saint-Nectaire, and it's made in the town that goes by that name. It's a soft cow's milk cheese that carries the European AOP label. That stands for Appellation d'Origine Protégée, and it means that there are strict controls on the methods used in its production, including requirements that the milk used come from a specific region. Saint-Nectaire is a slightly creamy cheese with a thick, natural rind. 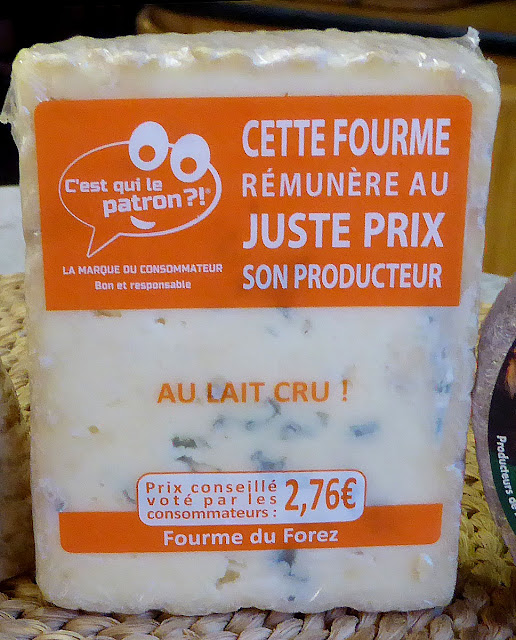 I don't know a lot about the other cheeses pictured here, except that they are all made with lait cru de vache, and they are mostly fromages fermiers, as you can see on the labels. The first cheese above, Le Roc Affiné, is made in the Haute Loire, near Le Puy-en-Velay. The second one, L'Artisou de Margeride, comes from the Cantal département, just to the west. The Saint-Nectaire cheese in the photo above is made in the Puy-de-Dôme département, not far south of the big city called Clermont-Ferrand.

This last cheese, called La Fourme du Forez, is a blue cheese made in the Loire département, just north of the Haute-Loire and northwest of the town of Ambert, where the well-known Fourme d'Ambert cheese comes from. It's actually a fromage laitier but made with lait cru. The Forez is a separate geographical area in the Massif Central that touches the eastern border of the Auvergne province.
Posted by Ken Broadhurst at 07:00