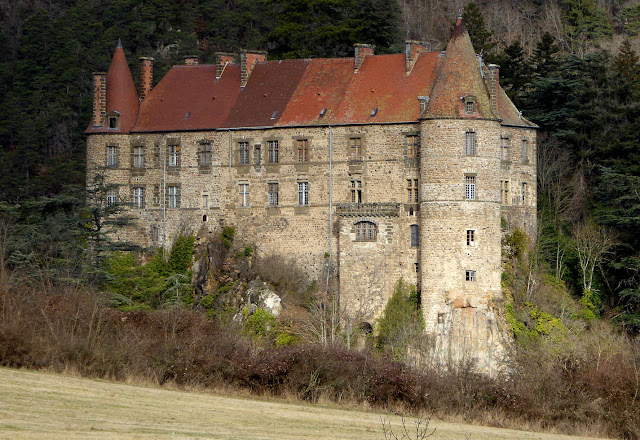 Just a few kilometers up the Loire and the gorge from Retournac, the town I posted about yesterday, stands the 13th century Château de Lavoûte-Polognac. It's built on a rocky outcropping on the edge of a meander of the Loire just outside the village of Lavoûte-sur-Loire (pop. 850), just about 20 minutes north of Le Puy-en-Velay by car. 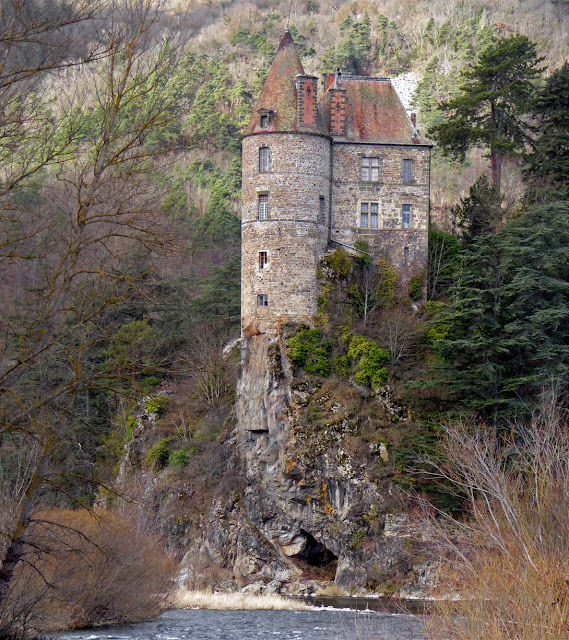 Walt and I drove up there from our gîte on my birthday, three days before we ended up in Retournac. CHM had told us about the château, so we wanted to see it. We were pretty tired after a long day, the day before, of packing up the car and then driving for about five hours in gusty and rainy weather to get from Saint-Aignan to our gîte in Le Puy. We got these views of the place from the opposite bank of the river. 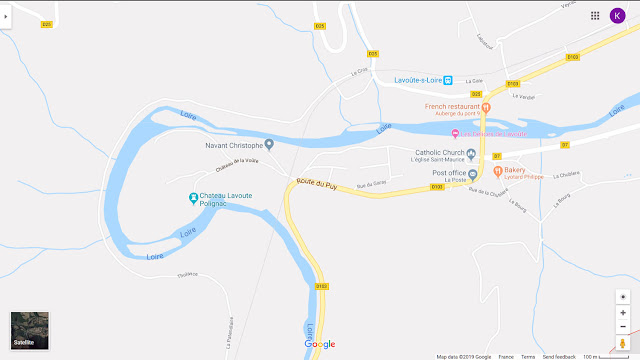 Une voûte seems to be a local word for what is called une boucle or un méandre, describing a curve or bend in the channel of a river. The Polignac family, who had the château built, was a very old noble family in France dating back to the 9th century. The family line died out in the 13th century, around the time of the construction of this château, which is basically residential. When we drove up to the château, hoping we'd be able to go inside, all we saw was a sign saying that it was closed for the winter. There's another castle, or fortress, in the town of Polignac, just a few minutes west, that's called simply the Château de Polignac. More about that one to come...