Arlempdes (pop. 135, pronounced as Arlandes) is officially one of Les Plus Beaux Villages de France. In other words, it's one of the 158 villages that belong to that organization. This is my final post about it. There are a dozen photos in the slide show and it runs for just over a minute.


As you can see, the village, built of the local dark-colored volcanic rock, is pretty rustic. We saw decorative chickens there, but no live ones. We saw only one person, who was doing some maintenance on the exterior of the village hotel. And then that big heating oil delivery truck arrived and managed to fit itself into one of the narrowest of the streets of Arlempdes. 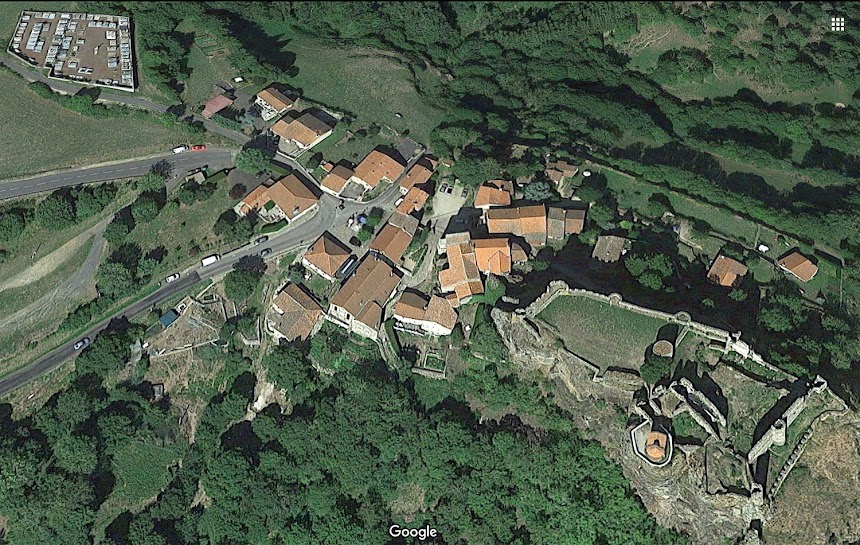 Here is the Google Maps satellite view showing the entire village, from the cemetery in the top left corner to the château on top of a rock in the lower right corner.
Posted by Ken Broadhurst at 06:30