“The Hotel of the Future”

The Paris hotel where we stayed many times between 1988 and 1993, and maybe after that, was (and still is, I think) called L'Hôtel de l'Avenir. It definitely wasn't futuristic, though. It's located on the rue Madame at the corner of the rue de Fleurus in the 6th arrondissement. The Alliance Française language school is just a block or two west.

This part of the 6th is spiritually and culturally a part of the Latin Quarter, because it's home to many schools and students, both foreign and French. The hotel is just a short walk from one of the main entrances to the Jardin du Luxembourg, so not very far from the Panthéon and the Sorbonne. 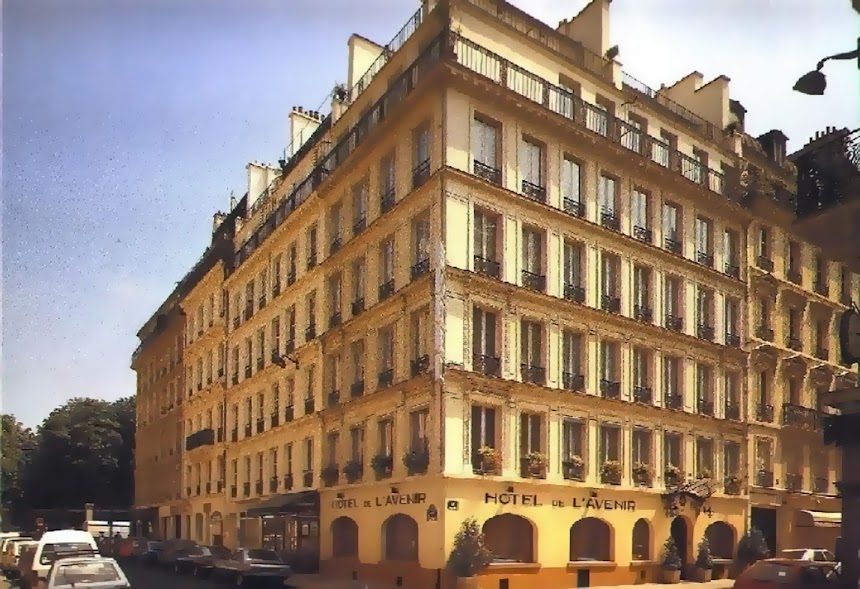 I worked at the Alliance Française for a couple of years in the early 1980s. I knew the hotel because a few times professors from the college in Michigan that I was working for would stay there. When Walt and I got a chance to go stay in Paris for a few days in 1988, that's where I reserved a room. The people who ran the hotel were pleasant and helpful, as were their employees. The rooms were not luxurious, but were always clean and comfortable. I really liked the hotel, and it was affordable.


The Hôtel de l'Avenir was taken over by new owners in the mid-1990s and the atmosphere changed radically — for the worse. Some of the employees that we had gotten to know told us that the new management was a disaster from their point of view. We started renting apartments for our Paris stays. The hotel was completely upgraded later in the '90s and now is a three-star establishment. Maybe the next time I want to spend a night in Paris I'll go stay there to see what it's like. (TripAdvisor currently rates the Hôtel de l'Avenir as #1,418 of the 1,828 hotels in Paris.)
Posted by Ken Broadhurst at 06:00