Sauce — as in “tomato sauce” — is the same word in English and in French. In French, it's sauce pronounced SOHSS and tomate pronounced toh-MAHT. We've entered that season here in Saint-Aignan. 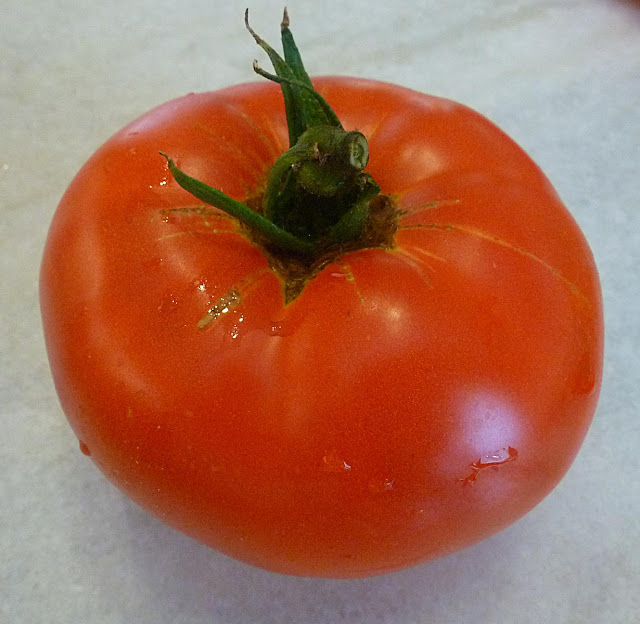 Some of the tomatoes are almost perfect. Almost totally unblemished. Most of them, however, have some kind of blemish or another. No matter. It's organic gardening, without fertilizers or pesticides. The one on the left is a beefsteak tomato, I believe. I brought seeds back from North Carolina. 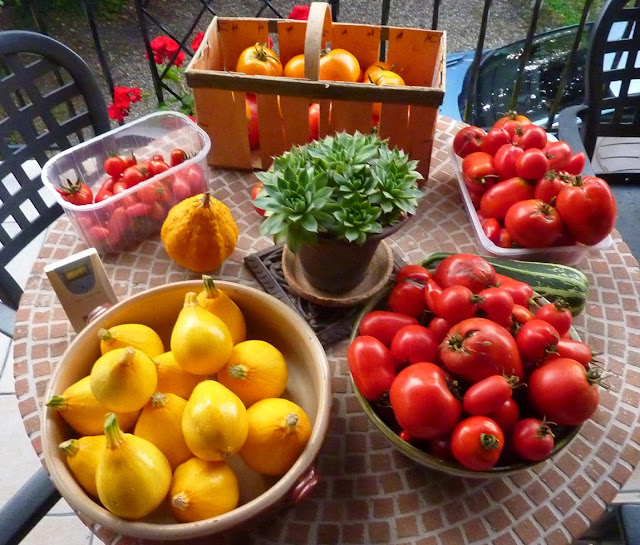 Remember, Walt grew a lot of tomato plants in the spring and transplanted just 30 of them into the vegetable garden. On the left is a photo to give you an idea how many we are harvesting. And the harvest is really just getting underway. (We are also still harvesting a lot of summer squashes.) 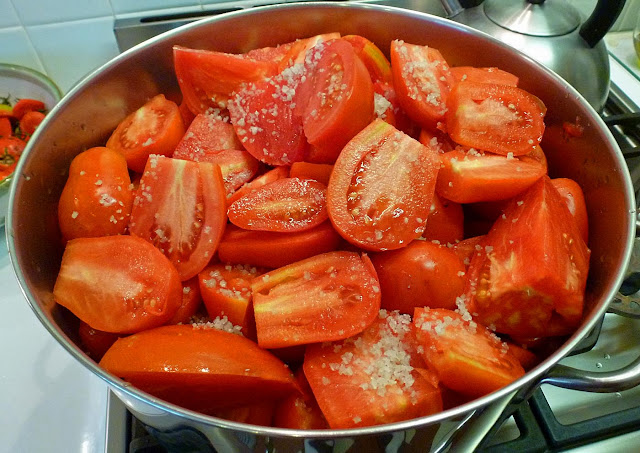 Here's the sauce pot. All it has in it is tomatoes and coarse salt (gros sel). After I took the picture, Walt added oregano and bay leaves, all from the garden. And probably some black pepper. Then you just turn it on and let the tomatoes disintegrate. After their liquid has boiled down, you run the tomatoes through a food mill to remove the skins and seeds. 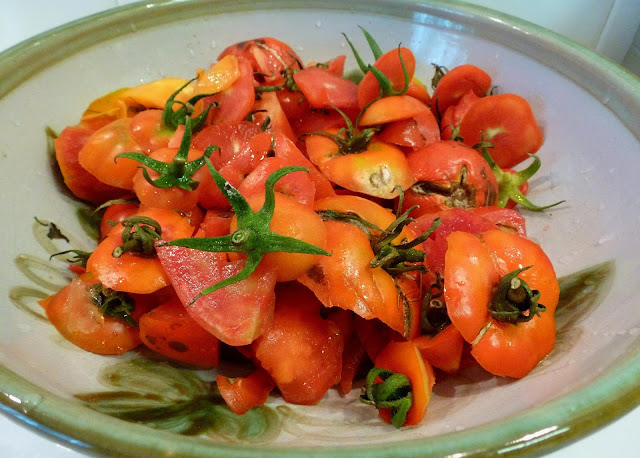 And before you put them in the pot, you trim them up. The tops and of course the green stems just go into the compost, which will help feed next year's crop. We'll put the sauce in plastic containers and keep them in the freezer for our cooking needs and desires this winter. 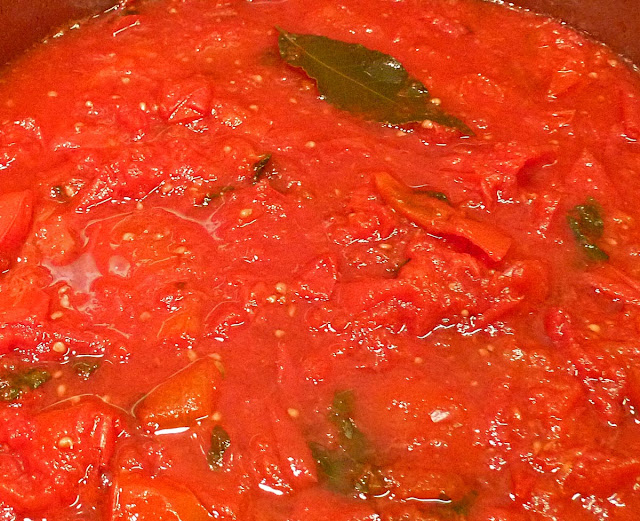 Voilà. Isn't simple food the best food most of the time? And don't worry, we're eating plenty of fresh tomatoes right now. But it's good to plan for the future.
Posted by Ken Broadhurst at 06:30