A question about beans

Do you like to cook dried beans? And eat them? I do, and I always have. I grew up eating them at home, cooked by my mother. Pinto beans, black-eyed peas, navy beans, great northerns, big white lima beans... among others. When I was in college, I lived on baked beans and frankfurters for a couple of years, because there wasn't much else in the cafeteria that tempted me. Now, in France, Walt and I eat a lot of beans — in cassoulet, for example, with duck, or with sausages. 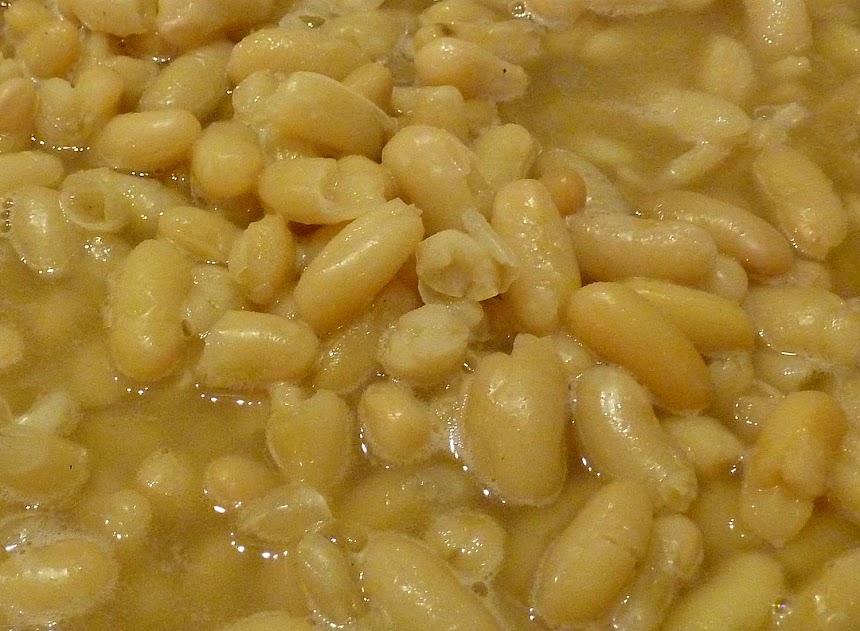 The problem is that the beans don't always cook up as tender as I want them to be. The skins stay tough. CHM has the same problem in Paris. We've decided it must be the tap water in France. CHM actually brought some red kidney beans from the U.S. this summer. He had cooked some of them over there, and they were perfectly tender. He cooked the same beans in Paris tap water, and they came out with tough skins. The water in France as here in the Loire Valley is very calcaire. In English, that means it's "hard" water. 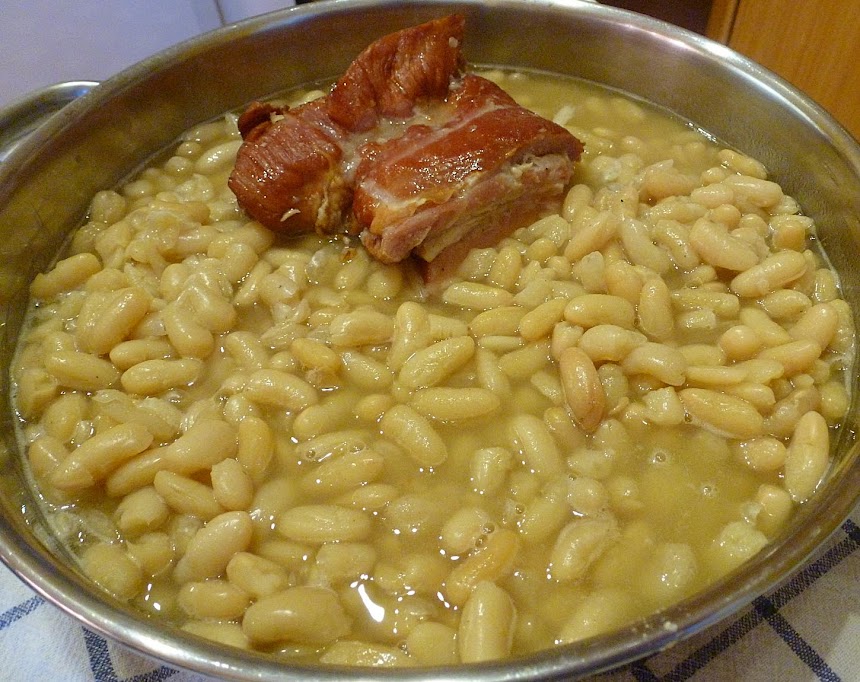 Some cookbook authors and friends suggest putting a pinch or two of baking soda (bicarbonate alimentaire) into the water you soak or cook beans in. I don't do that, and some of the beans I cook — black-eyed peas, for example — turn out very tender. Others don't. Some say to put some vinegar in the soaking or cooking water. There is wide agreement that the beans should not be salted until the very end of the cooking, because salt toughens the skins. 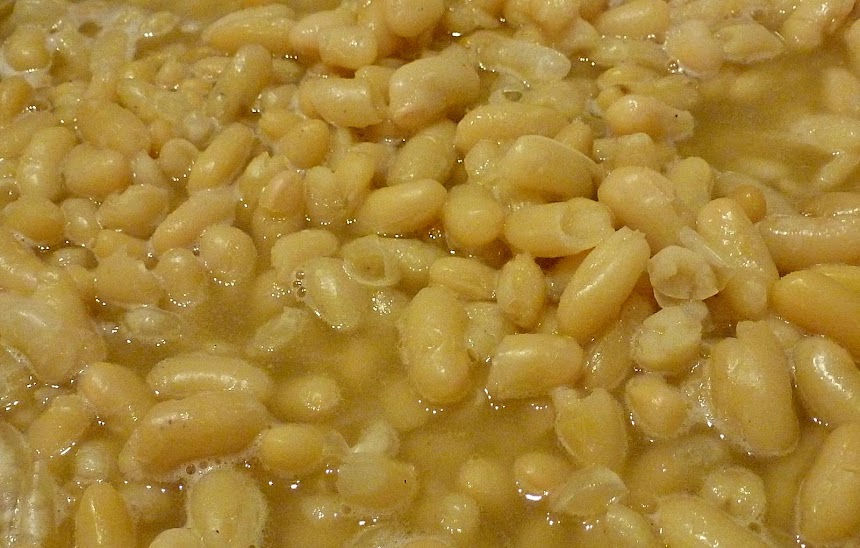 Yesterday, I did an experiment — I cooked a pound of white lingot beans (a.k.a. cannellini) in what I'd call distilled water. It's sold as eau déminéralisée at the supermarket here in Saint-Aignan. I didn't even bother soaking them first. I just cooked them for about 3 hours. I think the result is very good. Maybe that's the answer. Have you ever cooked dried beans in mineral water? Would that give the same result? That will be my next experiment.
Posted by Ken Broadhurst at 07:45