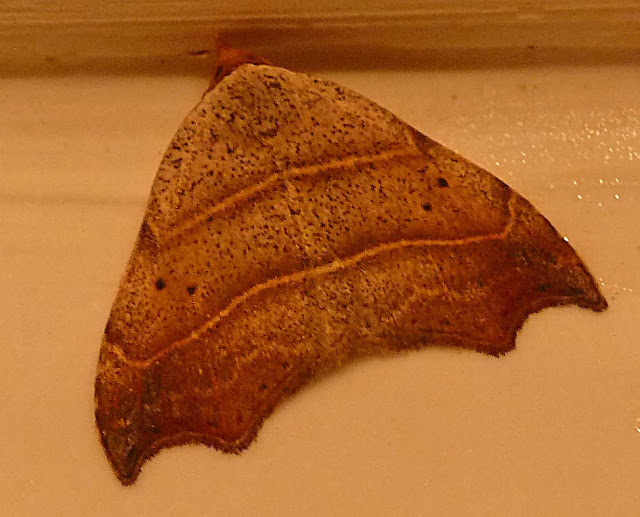 The temperature in the house is higher this morning than it was yesterday — 26ºC, which is about 79ºF. I just finished opening up all the windows and doors to let some cooler air in, and I've got the fan going in the living room. The high today is supposed to be in the low 90s, so the house won't have a chance to cool down if I don't cool it down as much as possible before the sun comes up. The heat wave will break tomorrow, according to predictions.

Natasha the puppy is doing really well with her head cone. Yesterday she learned how to climb the main staircase in the house with the cone on. Going down the stairs has not been a problem. I think she might miss the cone when this is all over with. We take it off  her at mealtime or when it's time to go outside. She's very cooperative when the time comes to put it back on. 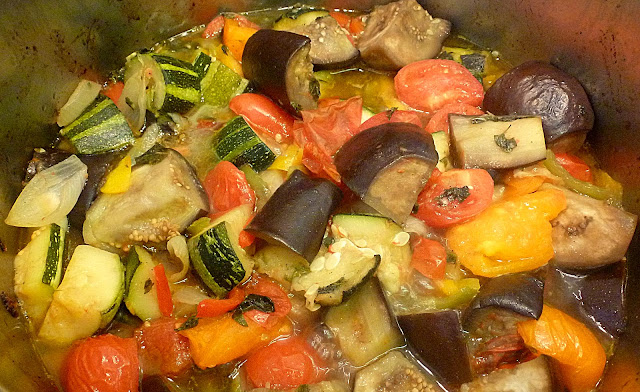 I made another 4 liters of ratatouille yesterday, for the freezer. Today I'll be making a pan of zucchini lasagna, part of which will go into the freezer. Part it will be lunch. I'll probably get some tomatoes into the dehydrator later today or tomorrow. 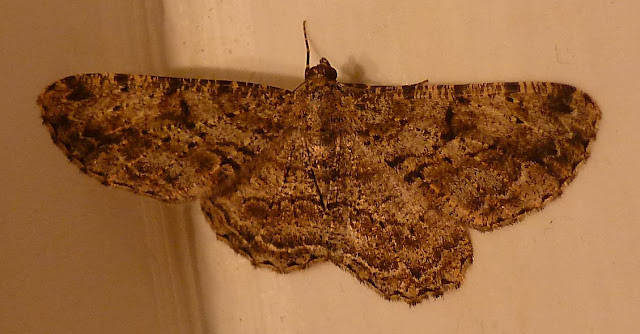 As you can see from some of the photos here, not only does Bertie the cat bring live mice into the house when the weather is this warm, but also many moths are attracted to the lights inside the house when I open all the windows and doors early in the morning.