The pot of tomatoes that Walt cooked and ran through the food mill yesterday yielded six liters of thick red sauce, with the skins and seeds strained out. There are hundreds more tomatoes out in the garden, and they are gradually ripening. The weather is hot now, and predicted to stay hot for two or three more days. 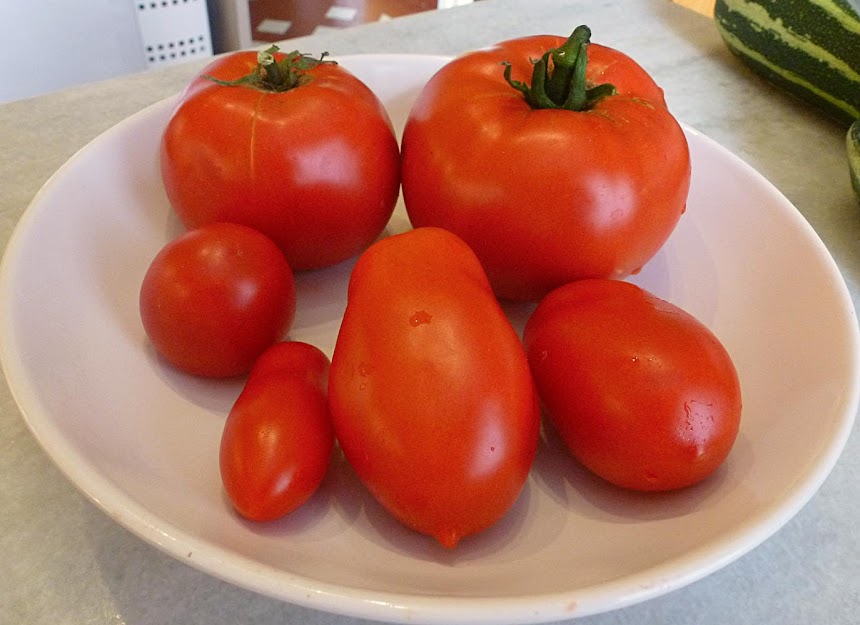 Meanwhile, I cooked the batch of lemon squashes (courgettes rondes jaunes) that you might have seen in the photo I posted yesterday. They don't taste lemony, but they do look a little like lemons. Actually, we've now given up on keeping up with the summer squash out in the garden. We're officially overwhelmed. 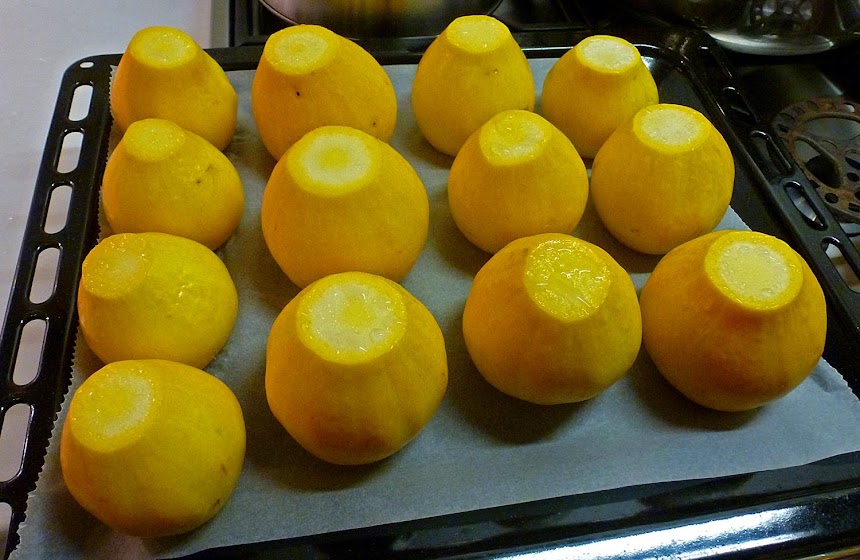 To cook the round zukes, I just trimmed off the bottoms and the stem ends and put them on an oven pan (une lèchefrite) lined with parchment paper (papier de cuisson). I cooked them until they seemed tender all the way through. Now I can freeze them. 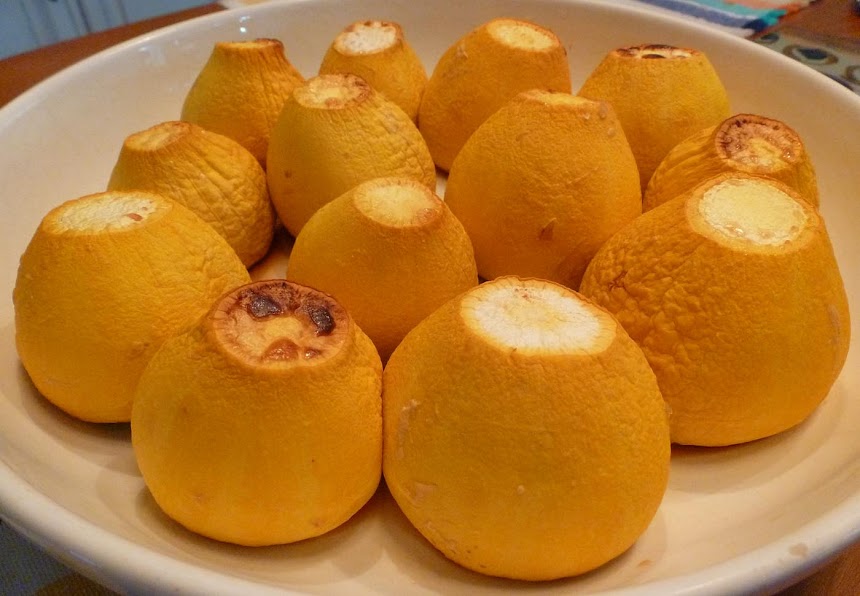 The cat just brought in another live mouse. Merde ! He took it into the kitchen and let it get away from him and run to hide under the stove. The temperature in the house this morning is 25ºC — that's close to 80ºF. I have all the windows open and two fans positioned to blow cooler air from outdoors into the house. Even outdoors the air is unusually warm. Temps are supposed to be in the 90s F this week.
Posted by Ken Broadhurst at 06:30