A plethora of plums

Une pléthore de prunes, in other words. The dictionary says that's "literary" in French. Des prunes en surabondance. And they have been coming from our neighbors. Our two plum trees blew down in a big windstorm in 2010. This year, one neighbor had a bumper crop of little red plums. Now another has an even bigger crop of little yellow plums, some of them the ones called mirabelles. 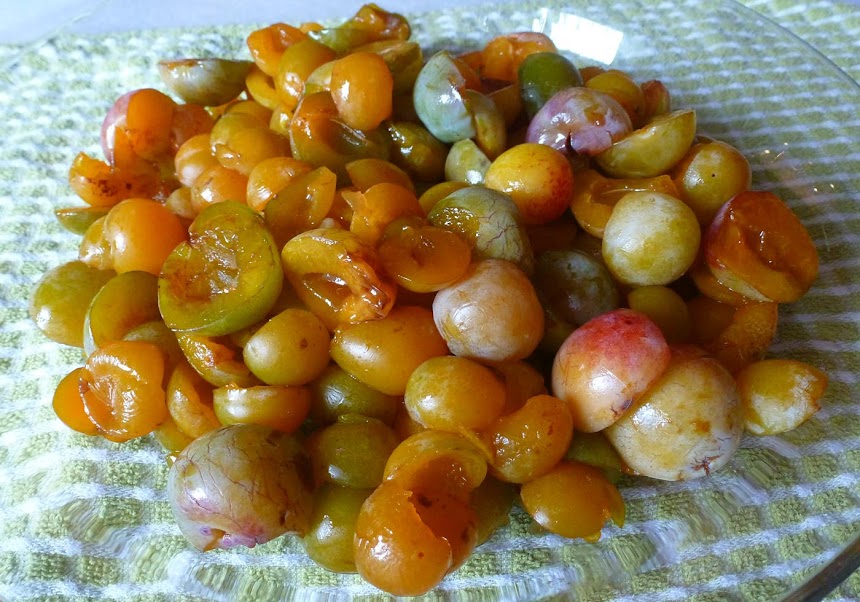 So I did something I seldom do. I made a pie. Walt had gone to the store where we are buying the new freezer to see what it looked like in real life — I had seen it a day or two earlier and we'd been discussing the pros and cons of buying it. I had a store-bought pie crust (une pâte feuilletée, pur beurre) in the fridge and it needed to be used. 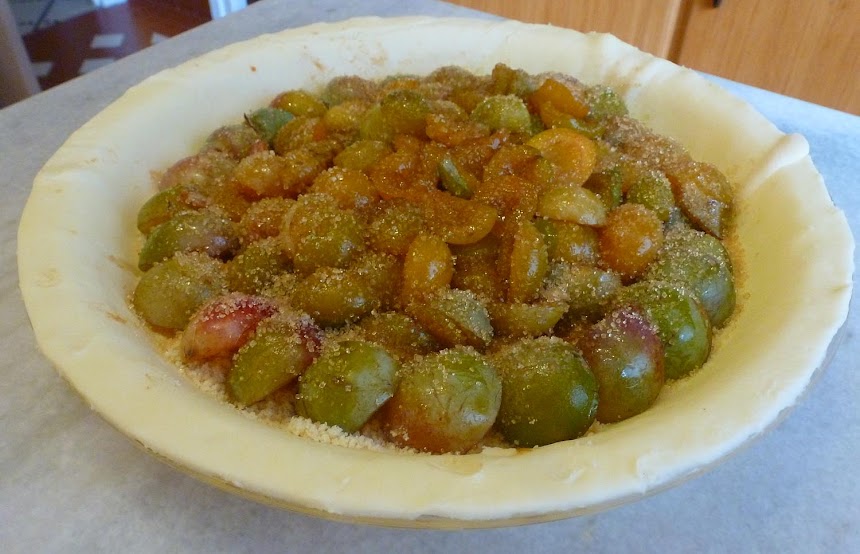 First I had to remove the pits from all those little plums. Actually, it didn't take very long to get the job done. Then I just had to line a pie pan with the pastry. That took only a minute. I put a quarter-inch layer of almond powder on the bottom of the pie crust, and then I more or less arranged the little plum halves over that. A sprinkle of sugar and a few "dots" of butter finished the pie, and into the oven it went. 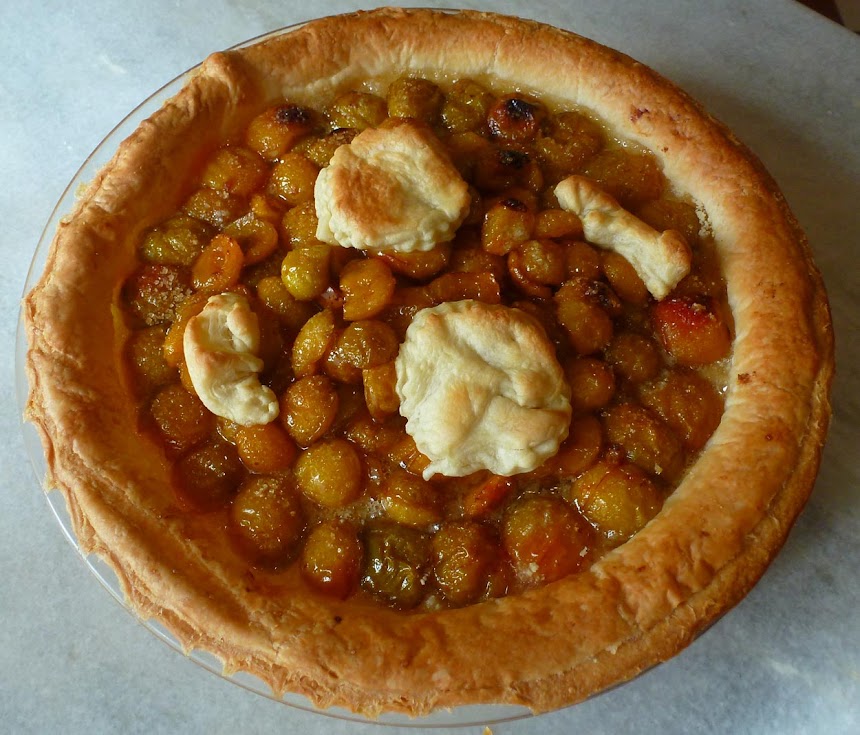 With the rest of the plums, I made jam (yes, there were plenty of them). We don't eat very much jam, really, but we can always make jelly-roll cakes with it, or eat it mixed into yogurt. It won't go to waste. 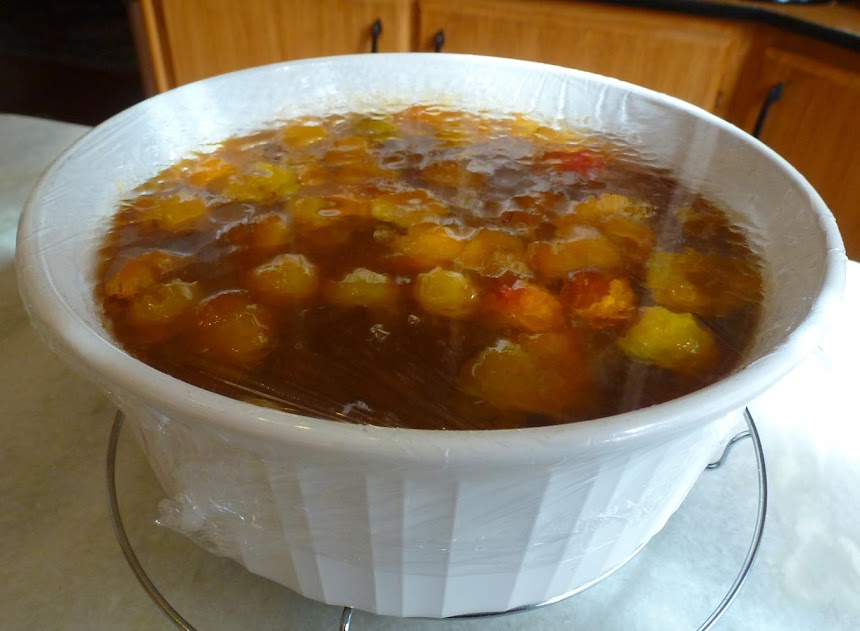 Late yesterday afternoon, I heard the bell ring out at the front gate. It was our neighbor the mayor with another big bowl of cherries. « Bonsoir Ken. J'espère que je ne t'embête pas », she said, pointing at the big bowl of plums she had in her other hand. I assured her that I was happy to have the plums. We chatted for a minute or two. Now I have to figure out what to do with another kilogram of prunes. Maybe I can, in fact, make prunes — dried plums, they call them now — in the dehydrator.
Posted by Ken Broadhurst at 07:00