This summer I've been missing North Carolina barbecue. That's called "pulled pork" elsewhere. I didn't have any in the freezer, and for months I haven't seen pork shoulder roasts, which I like to make pulled pork with, in the supermarkets.

So what's the solution? Turkey leg and thigh sections. Cuisses de dinde in French. They are always available here in France, and they're not expensive. I bought four of them at the supermarket — about 3 kilos (nearly 7 lbs.) in all — for less than 11 euros. As I do with pork shoulder, I cooked the turkey in the slow cooker for about 10 hours on low temperature. I don't brown them first, but they look pretty good when they come out of the cooker, don't you think? 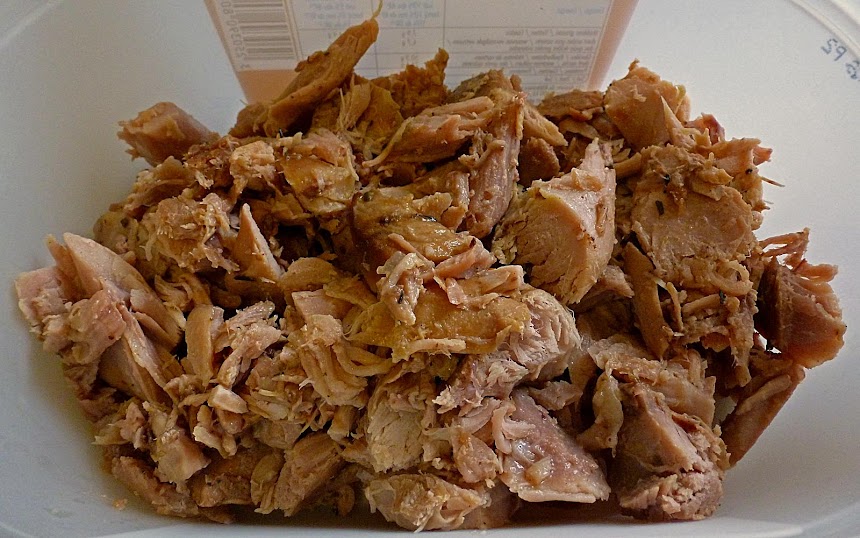 Before cooking it, I season the meat just lightly with some cayenne pepper, black pepper, salt, and a splash of vinegar, along with some thyme and bay leaves. After long slow cooking, take the meat out of the cooker and put in in a pan or on platters to let it cool down. Then it's easy to pull off the skin, pull the meat off the bones, and get rid of the cartilage, veins, and most of the fat. You can cook pork, turkey, or even lamb (lamb barbecue is a Kentucky specialty) this way. Boil down the cooking liquid to reduce and thicken it, and then season it to make a good sauce. 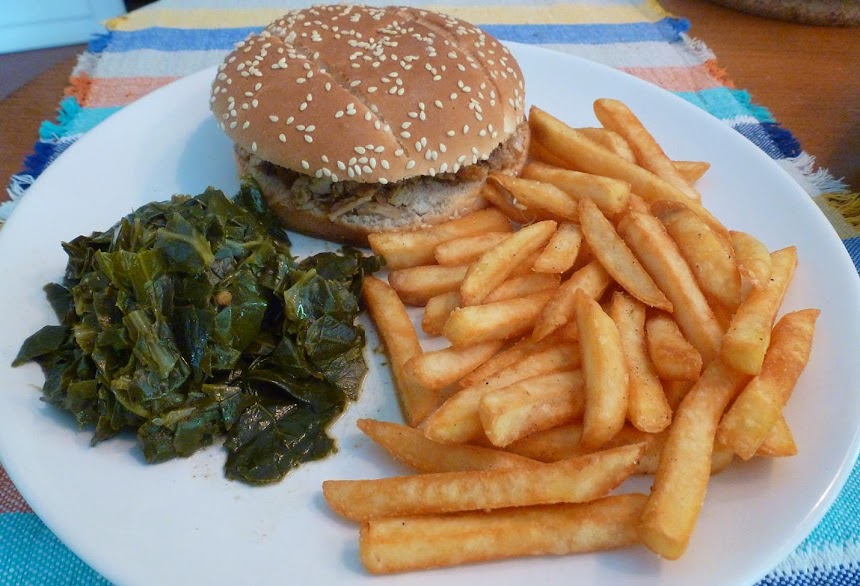 You can chop or shred the meat and season it before you heat it again for serving, or leave it in big chunks. I like it seasoned with hot pepper vinegar, but you might enjoy some other kind of barbecue sauce — with tomato paste or ketchup, sugar or molasses, and spices, for example. Serve it on a bun as a barbecue sandwich if you want. That's what we did, with fried potatoes and some collard greens.

You know what? You really can't tell the difference between pork and turkey cooked this way. You have to think turkey is less fatty and better for you. Googling around on the web, I see several eastern North Carolina restaurants that are now serving pulled turkey barbecue. Good for them. After all, N.C. is one of the top three turkey-producing U.S. states, raising and marketing nearly 30 million of them annually.
Posted by Ken Broadhurst at 07:00