The bureau de tabac is one of the hubs of village life in France. Tobacco products are a government monopoly in France, and cigarettes, for example, are sold only in state-licensed shops. The buraliste — the owner-operator of a what's called un tabac [ta-BAH] — usually also operates a bar or café on the premises. You can buy lottery tickets, postage stamps, phone cards, and tax stamps (to pay a traffic fine, for example) in the shop. 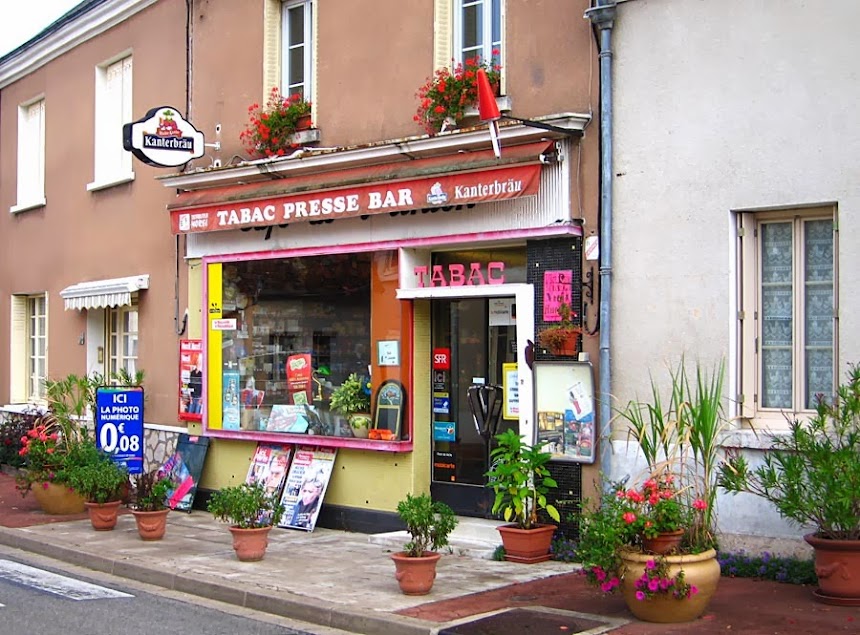 Currently, this is the only café in our village. If you want an espresso or a beer or a glass of wine while you're out and about, this is the place. The owner also sells newspapers and magazines, and on Wednesdays — the one day a week when the village's only boulangerie is closed — the tabac becomes what is called a dépôt de pain, selling baguettes and other breads supplied by a bakery in a neighboring village.
Posted by Ken Broadhurst at 07:30