I think this is one of the most picturesque hamlets or farms in the Saint-Aignan area. It's about two miles from our house, just on the border between Mareuil-sur-Cher and Saint-Aignan-sur-Cher, on a dead-end road. 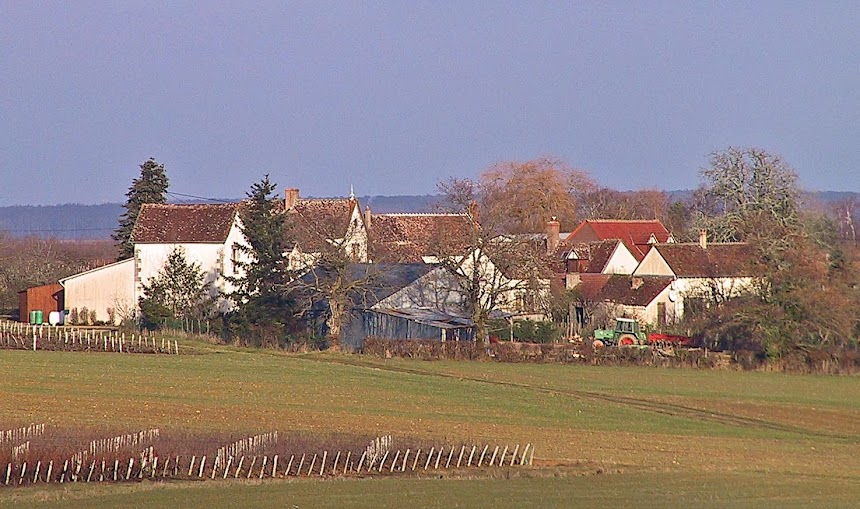 It's been a few years since I've driven up into La Pounière. Looking at Google Maps and Bing Maps, I've just discovered that there's a winery up there. It is owned and operated by Eric Boucher and its name is — surprise — Domaine de la Pounière, with a sales and tasting room near the entrance of the Beauval zoo. There's a good excuse to drive up and have a look around. And Monsieur et Madame Boucher also own and operate a gîte rural (holiday rental) that can accommodate four to six people and rents for between 350 and 650 euros/week depending on the season.There's even a swimming pool.
Posted by Ken Broadhurst at 07:50