It's been a while since I've made or blogged about savory cakes (breads, really), which people in France like to serve at cocktail time, or l'heure de l'apéritif. That's the glass of wine or distilled spirits that people enjoy before dinner to stimulate their appetite.


Often the apéritif and accompanying foods can stand in for a full dinner when you want to do something informal and convivial. Here are a couple of examples: one with chicken and dried tomatoes, and another with ham and olives. A slightly more elaborate cake of the same kind is the « pounti » from the Auvergne region, made with prunes and Swiss chard. 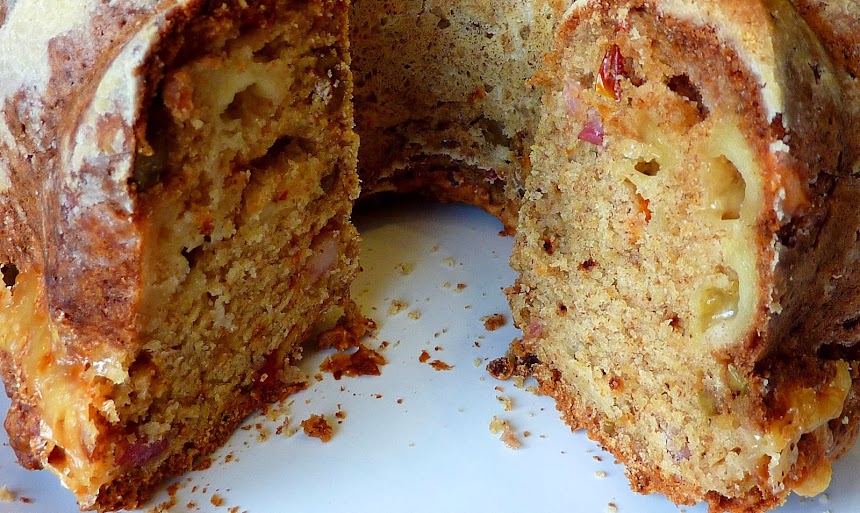 This example is what's called a "quick bread" leavened not with baker's yeast but baking soda (bicarbonate de soude) or baking powder (levure chimique). It's simple to make and the cake or bread just rises in the oven rather than in a bowl for an hour or two before baking. You can add whatever flavor ingredients you want — in this case, I used half a cup each of cooked bacon, diced cheese, sliced pitted olives (green, black, or both), and diced roasted red pepper, along with black pepper and a pinch of crushed red pepper.


Here's a recipe for the bread itself that I posted last June. You need three cups of flour, a tablespoon of baking soda or powder, and a teaspoon of salt. Mix those together, adding all the other dry ingredients so that they get coated with flour. That will keep them from falling to the bottom of the bread as it bakes. By the way, chunks of cooked chicken breast or ham could replace the bacon. 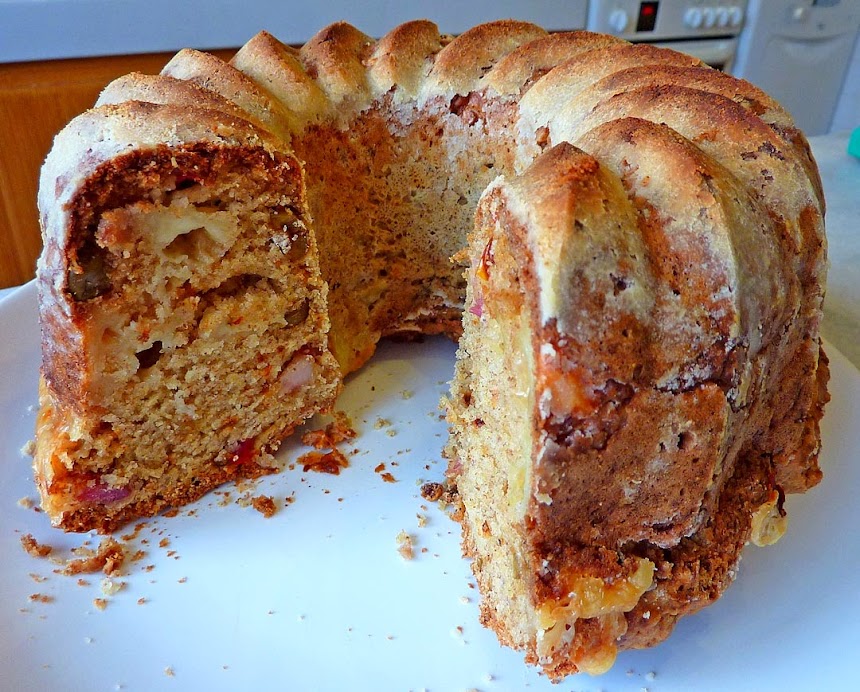 In a separate bowl, mix together one egg, a cup of plain yogurt, and half a cup each of milk and sour cream (or crème fraîche). Add three tablespoons of olive oil. Then fold the liquid ingredients into the flour mixture. Don't over-mix it — the dough, which will be very thick, should just barely hold together. Spread and press it into a couple of oiled and floured loaf pans or a big bundt pan and bake it for 45 to 50 minutes in a medium oven (180ºC / 350ºF).
Posted by Ken Broadhurst at 07:40