Tasha is sleeping quietly on the rug right next to my chair as I type this. What a difference in her behavior now that she is nearly a year old. Six months ago, she would have been running round the room, chewing on whatever she could find to chew on, and barking her shrill little bark. I like today's dog better than yesterday's, I think. Natasha est sage comme une image maintenant.

Here are a few more photos that I took a couple of days ago around the yard. I was using the Canon camera that I hardly ever think to take out and use. I think I've done that camera a kind of injustice by not using it more often. Now I want to give it to a friend. I've often thought about selling it on, for example, the French Au Bon Coin web commerce site, but I've never gotten around to uploading the ad. 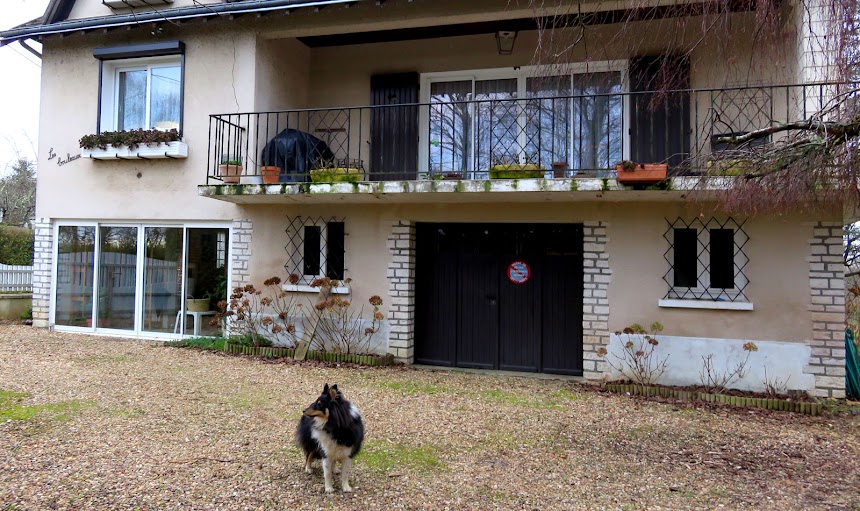 I don't think that bricks like the one pictured above, with a Saint-Aignan logo stamped onto it, were used in the construction of our house back in the 1960s. And I don't know why there were half a dozen or more of them scattered around the property when we bought it 15 years ago. Such bricks date back to the days when every little town had its own brick works for local construction projects. It wasn't easy to haul bricks over long distances in those days. 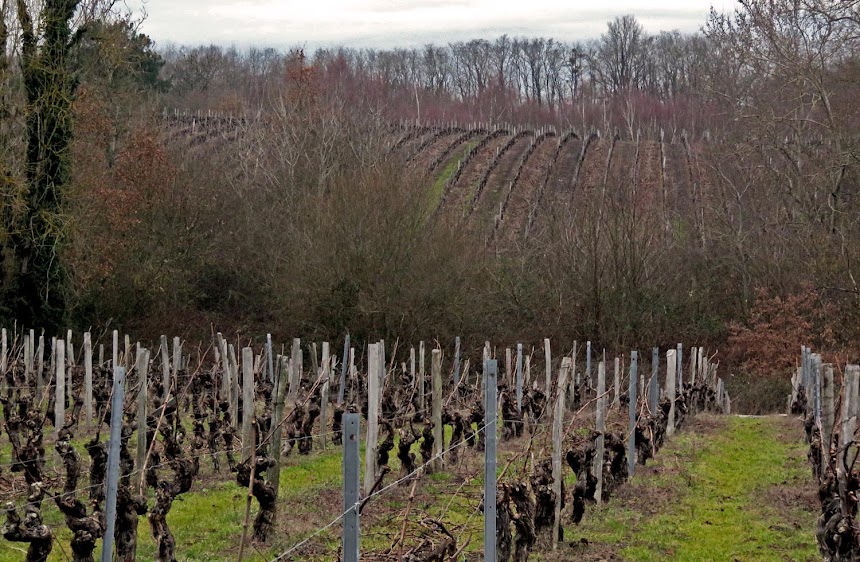 The vineyard scene above shows one of my favorite views here close to the house. As one local vigneron told me years ago, around Saint-Aignan we have de vrais coteaux — actual hills and slopes — on which grapes like Sauvignon Blanc, Gamay, Cabernet Franc, Malbec/Côt, and Chenin Blanc, among others, do well. In other areas not far away, you see grapes planted on flat land. Apparently, the topography makes a difference in the nature of the wines produced from the grapes. That's what terroir is all about. 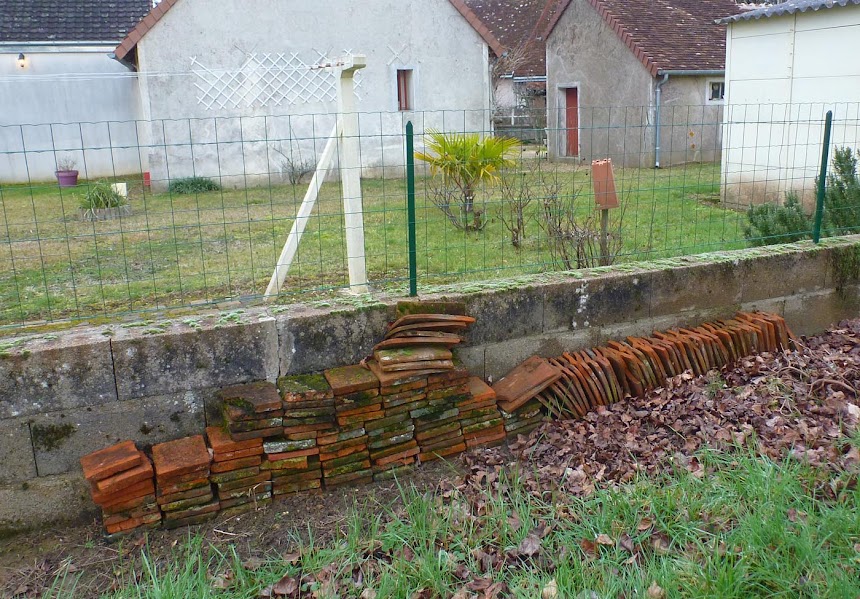 Finally, our house doesn't have a roof made with these old terra cotta tiles, but several older houses in the hamlet do. People keep stacks of roof tiles to use as spares in case strong winds blow them off the roof, requiring patching. The tiles on our roof are made of concrete, and we also have a stack of them in reserve. Eight or nine years ago a strong storm ripped a dozen or so tiles off our roof, so the extras we saved when we had skylight windows installed upstairs came in handy. Oh, I took this last photo using one of my Panasonic Lumix cameras. Can you see a difference?
Posted by Ken Broadhurst at 06:30