I've lost track of how many days I've been suffering with this lousy cold and cough. Too many. I'm taking everybody's advice and continuing to eat as much hot soup as I can.


The title of this post is a play on words using a cute French expression I hear often. Somebody describing the material covering the seats in your car or the armchairs in your study might say it's « du vrai faux cuir » — "genuine imitation leather" we might say in America. "Real fake leather." 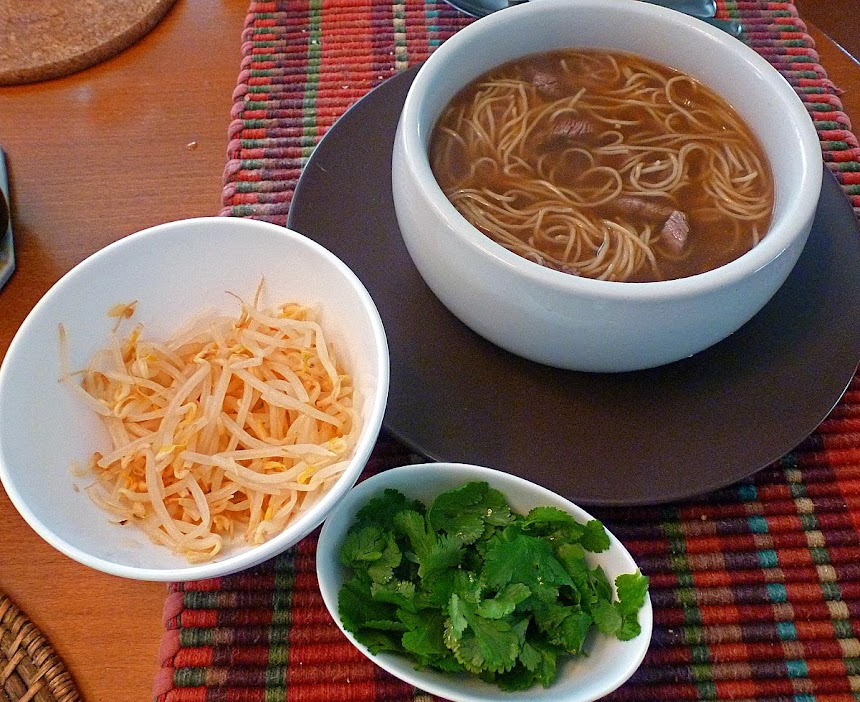 Pho is a Vietnamese soup that's usually made with beef broth. The broth is flavored with onions and spices, and the soup is served with thinly sliced beef, rice noodles, bean sprouts, and fresh herbs including coriander, basil, mint, etc. Here's a list of ingredients from a recipe I found on the web:


The idea is to boil or simmer the broth, whether freshly made, frozen, or store-bought, with all those spices and aromatics for an hour or two (or longer) until it's highly flavored. Optionally, you could put a couple of dried cayenne or other peppers in the pot to "hot up" the broth a little bit. Also, you can cut the onions in half and grill or broil them until they are slightly charred to add that smoky, caramel flavor to the pho. 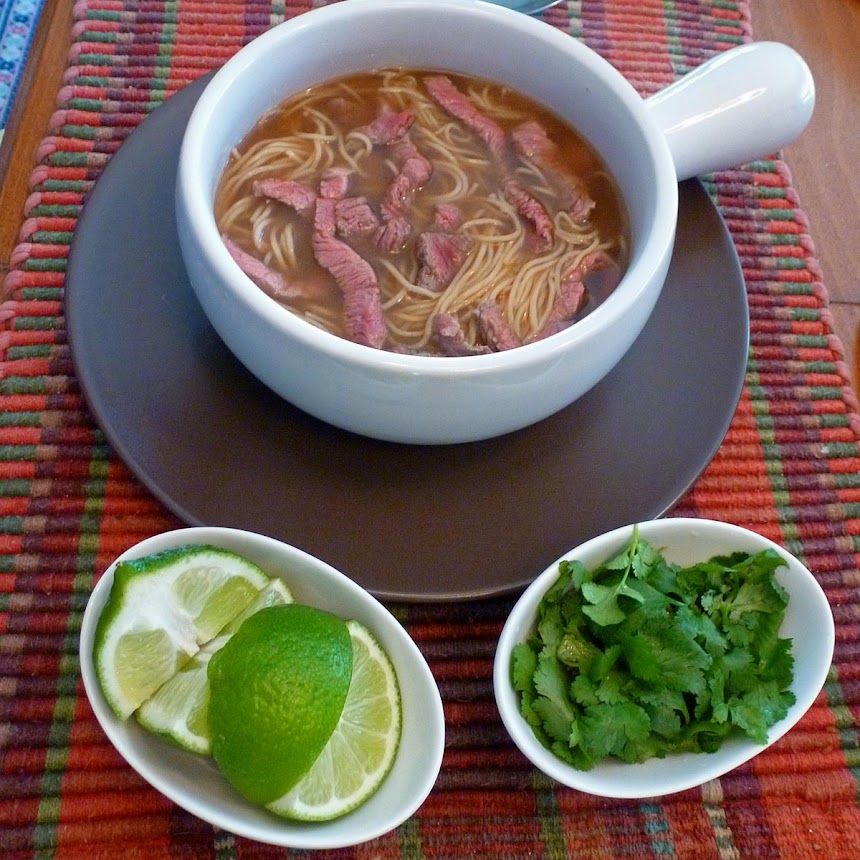 To serve the pho, first have the hot broth boiling and ready to go. Scoop out all the spices using a slotted spoon or a strainer. Then, separately, cook some Asian rice or other noodles (wheat, soybean, buckwheat) in water according to the directions on the package. Slice some tender, fresh, lean raw beef into very thin strips. Put a serving of hot noodles in a pre-heated bowl and lay some strips of beef over them. Immediately ladle enough steaming hot pho broth over the noodles and beef to cover.


The beef will cook slightly, as you can see in the photos above, and stay nice and tender. Top the soup with some bean sprouts and fresh herbs. Stir and eat, adding fresh-squeezed lime juice, soy sauce, sesame oil, more fish sauce, and, optionally, some thinly sliced fresh red chili peppers.

As with most "classic" dishes, there are probably as many recipes for pho as there are cooks who make it. Here's one that looks good. There's a recipe for a quick chicken pho on Simply Recipes.
Posted by Ken Broadhurst at 06:30