This morning I tried to take a few impromptu photos of Bertie the black cat and Tasha the sheltie starting to interact a little. Bertie lets the puppy sniff around him and they even touched noses a couple of times. 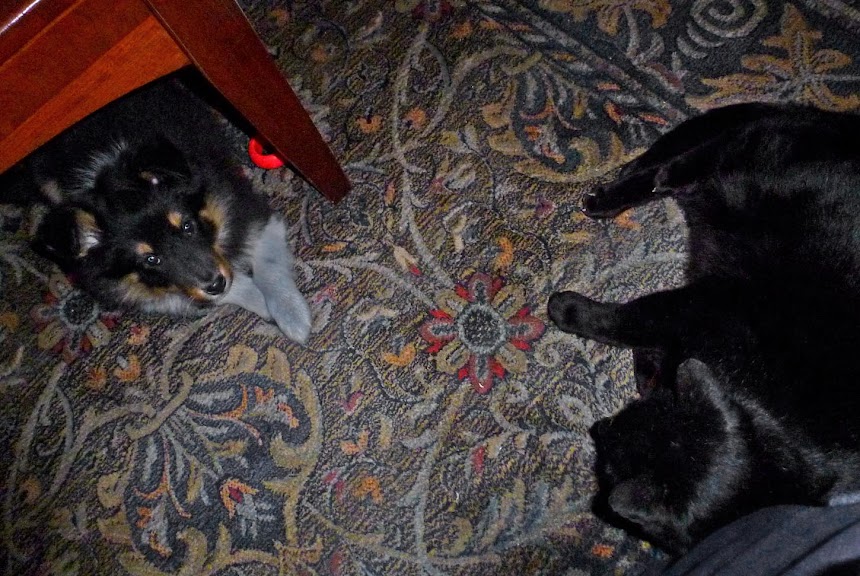 It wasn't easy to take photos because the two animals were sitting right by my feet and it was dark in the living room at about 6 a.m. I used the flash. I just let them do their thing, because we don't want to rush them. 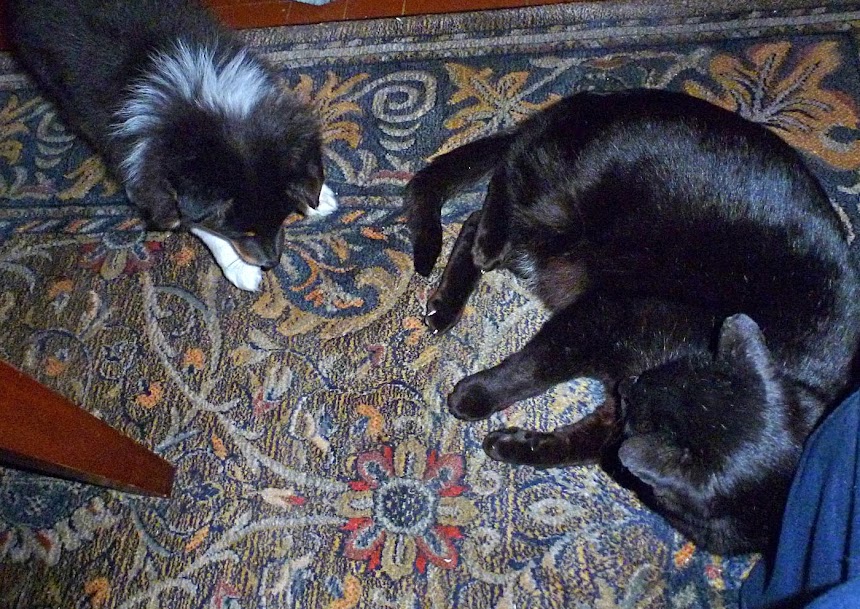 Bertie was raised with a dog companion. The people who left the cat with us in 2010, because they were going back to England to live and couldn't take him, had brought a puppy and a kitten into their home at the same time back in 2006. I remember seeing the two animals sleeping together in the same pet bed, and Bertie used to go on walks with the dog and its people. 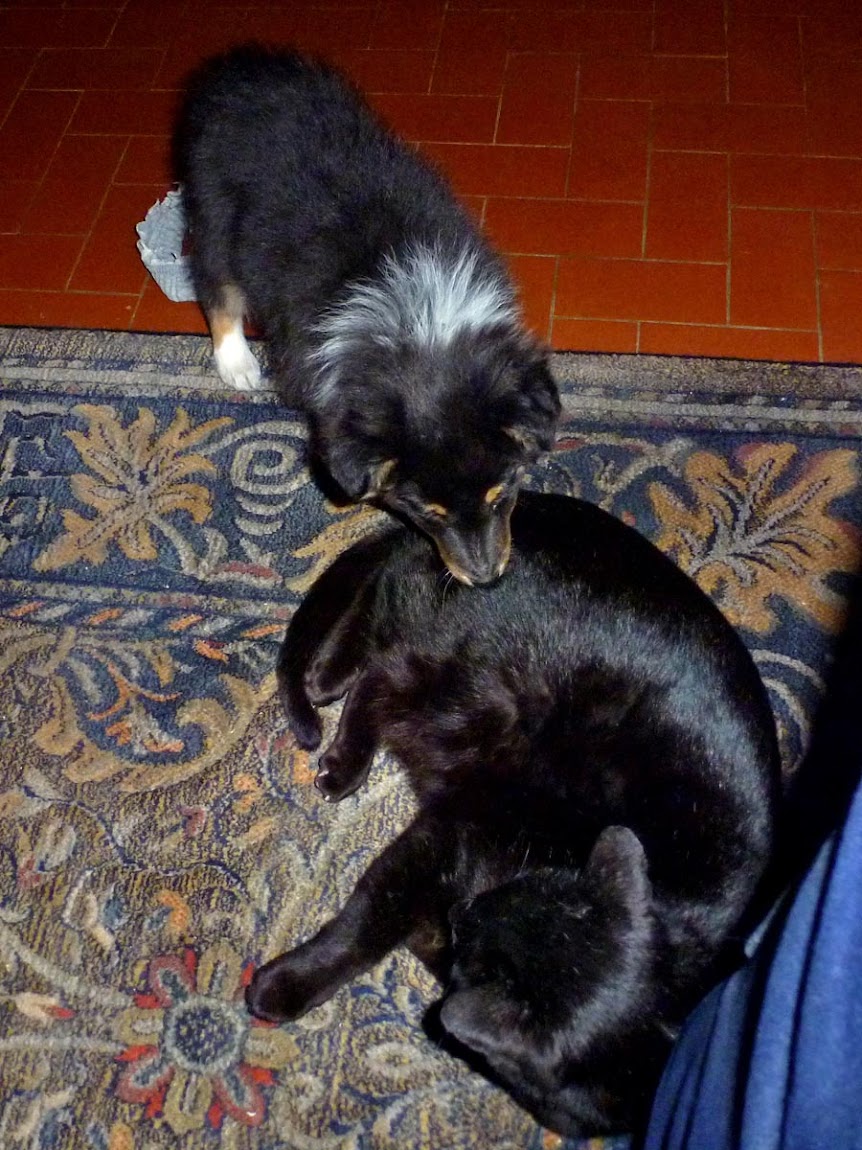 So Bertie must have been disconcerted when Callie failed to take to him. Things will probably be different with Tasha. Bertie and Callie were both already adult animals when they first met.
Posted by Ken Broadhurst at 07:00