About 10 days ago, the woman who delivers bread four days a week to people in and around the village — she's called la porteuse de pain or "bread carrier" — let us know that the local bakery would be closed from April 18 to 25. Therefore, we'd have to make do without deliveries of baguettes for more than a week. Deliveries start up again tomorrow. 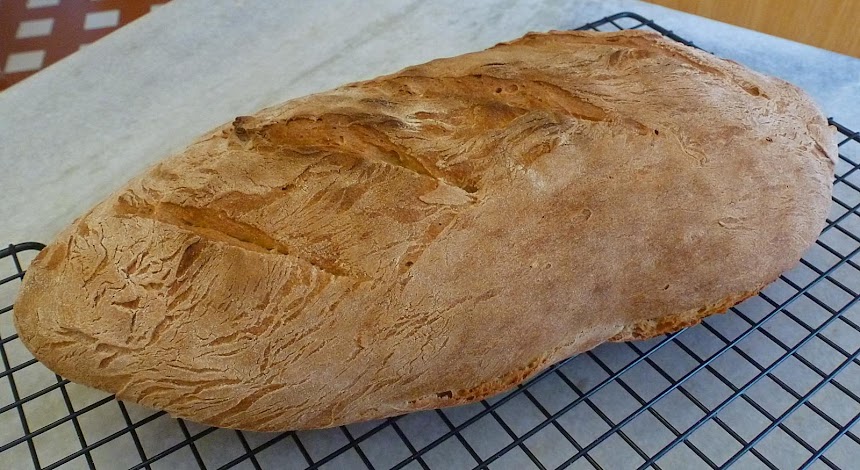 The first thing I did last Monday was to make a big loaf that would tide us over for a few days. Then the next time one of us went out in the car for any reason, we'd be able to stop in a boulangerie or even the supermarket and pick up some bread for the rest of the week. 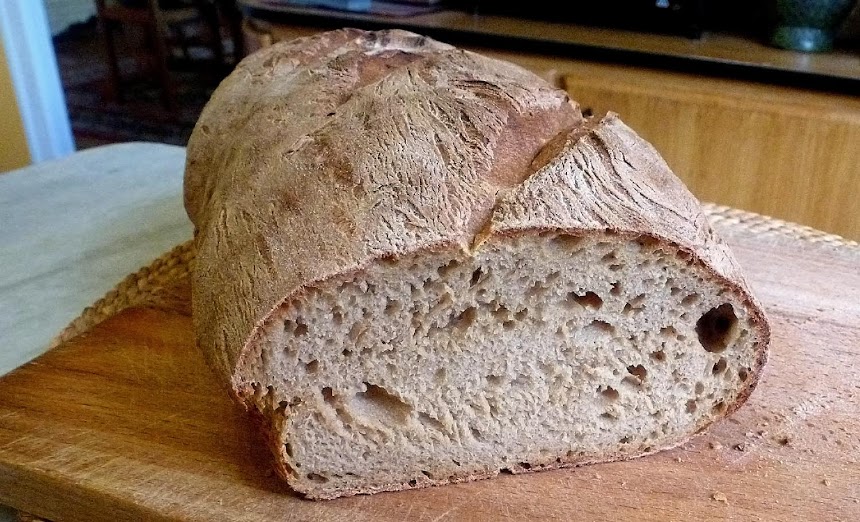 I went down to the cellier (the cold pantry off the utility room) to check on our supply of flours. There I found a partially used bag of whole-grain rye flour and another of whole-grain wheat flour. Combined with some all-purpose flour, yeast, salt, and water, those would make a good loaf of the kind called pain de campagne — country-style bread — in France. 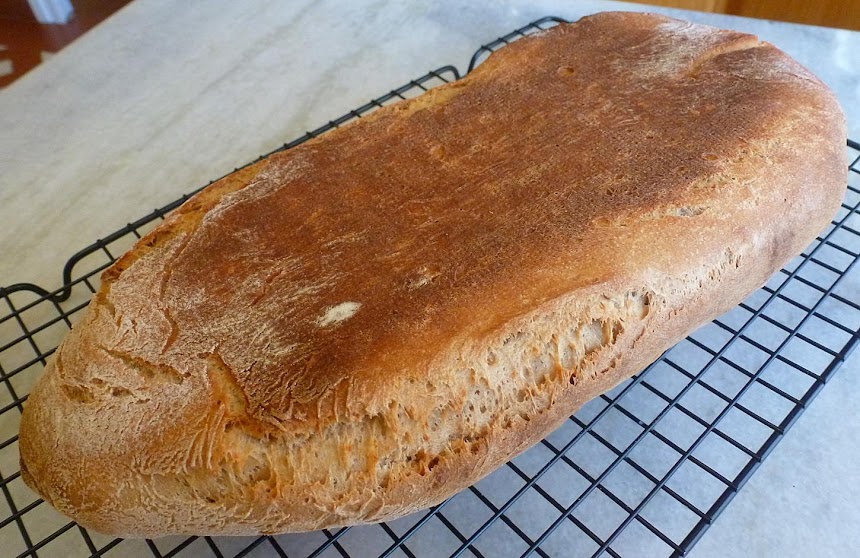 Here it is. I included one secret ingredient, which was about a tablespoon of American molasses that I brought back from the U.S. in February. Molasses is known as "black treacle" in the U.K. and other countries. I'm not sure you can find a French equivalent very easily. The big loaf I made baked up crusty on the outside and tender in the middle, with a nice crumb and a nice taste. It made good toast, and was good with cheese.