On Thursday, there was a damaging freeze down in the Bordeaux and Dordogne regions in southwestern France. The event is being compared to the situation in April 1991, when major damage to vineyards and orchards was caused by the kind of weather we're having now. 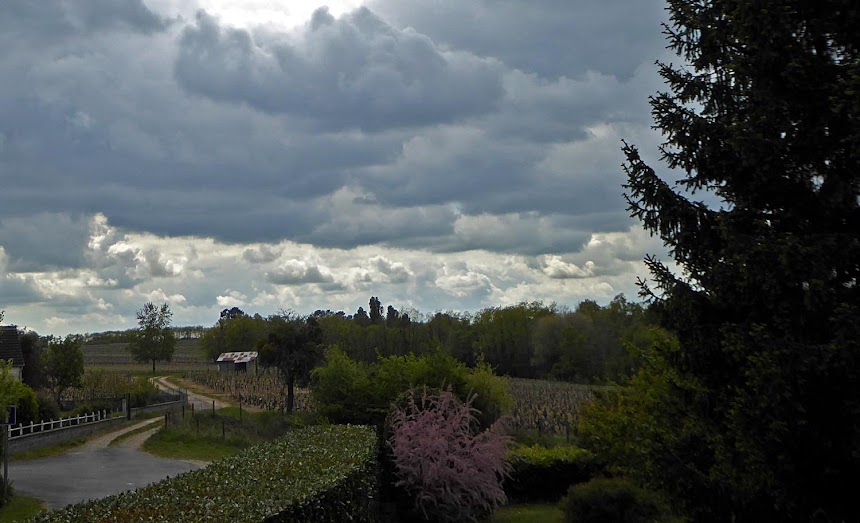 What has happened this year in the Loire Valley and farther south is that warm weather caused grape vines and fruit trees to start sending out new growth early. Then morning temperatures dropped below freezing over the past ten days. For example, smudge pots were again burning in the Renaudière vineyard, where we live, just two or three days ago. 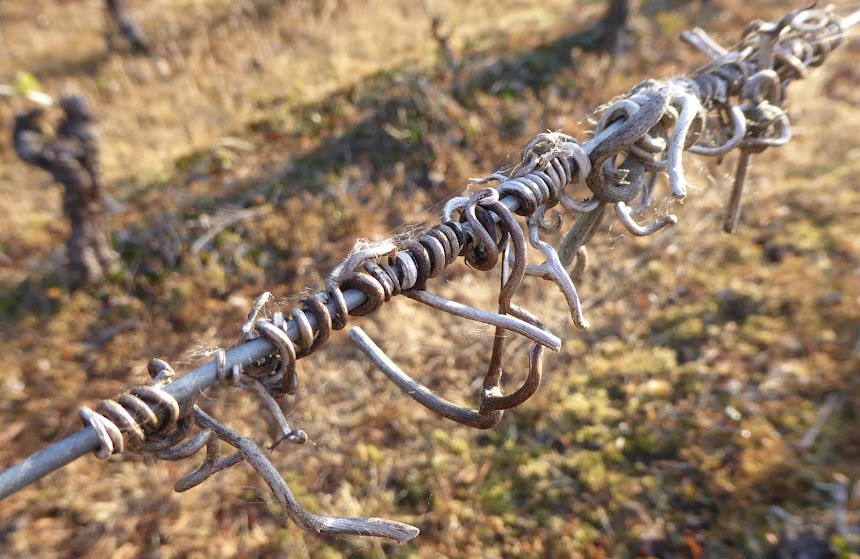 I was out in the back yard with Natasha the new pup 10 minutes ago and I saw frost on low-growing plants, even though our thermometer says the temperature is in the high 30s in ºF. An article in the Sud-Ouest newspaper says that fully one-third of the Bordeaux vineyards have suffered freeze damage, and orchards in the area have been damaged too. 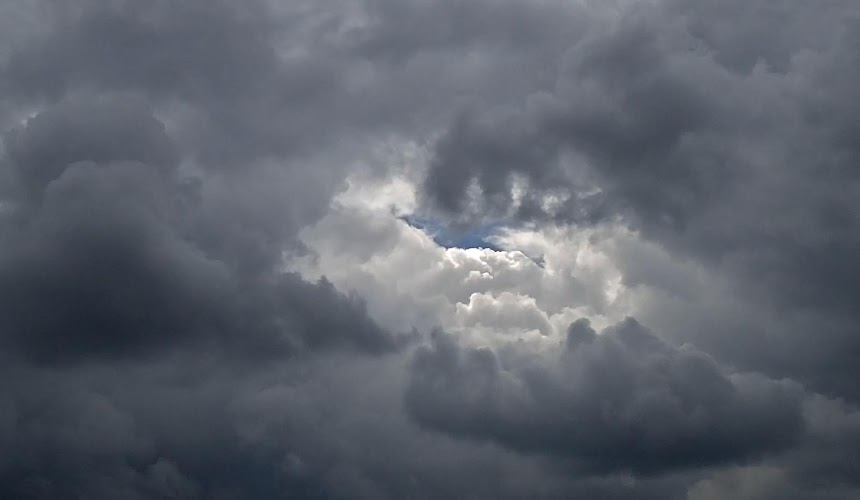 The photos here are not from Bordeaux but are ones I took recently here in the Touraine vineyards of the Loire Valley. Afternoons are deceptively warm these days, because the sun is hot when it shines. Mornings are frigid.
Posted by Ken Broadhurst at 07:30