The main differences between oven-dried tomatoes and tomates confites (slow-roasted tomatoes) are seasonings and cooking time. They stay in the oven less that half the time compared to dried tomatoes. 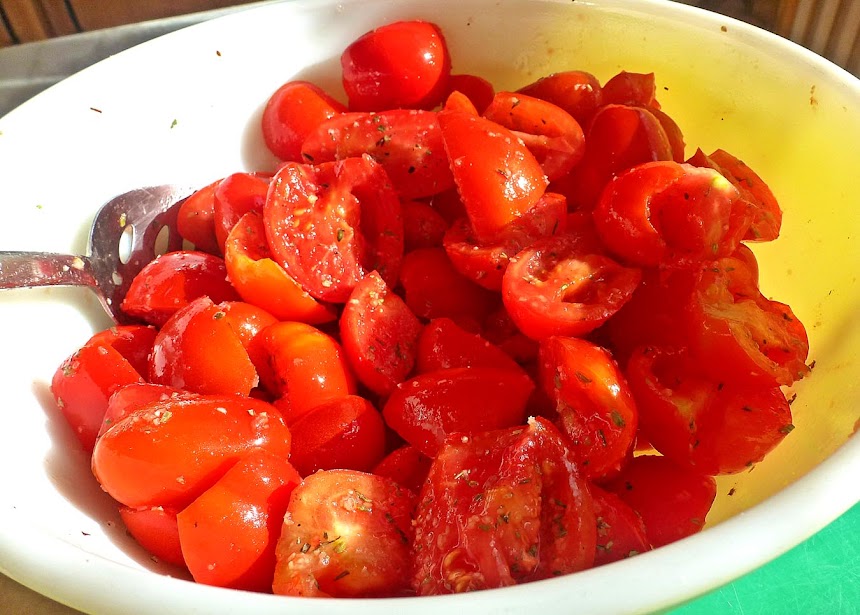 You prepare the tomatoes for roasting the same way as for drying. Cut small tomatoes in half or slightly larger ones into four pieces. Optionally, you can remove the seeds and juice from each tomato. The ones in the photo above are seasoned, and the ones below have also been tossed in olive oil. 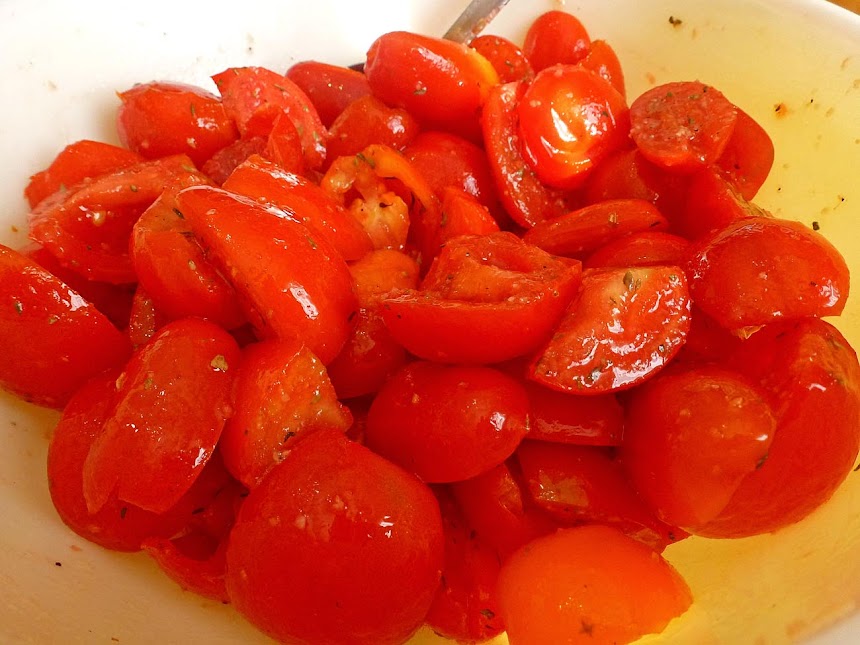 And then, still before cooking them, you season them. Put them in a big bowl and sprinkle salt, pepper, and herbs over them. Some garlic is good too. Toss them to distribute all the seasonings. I used dried oregano and dried thyme, along with a little bit of cayenne pepper. Let the tomatoes macerate in the oil, spices, and herbs for two to four hours. 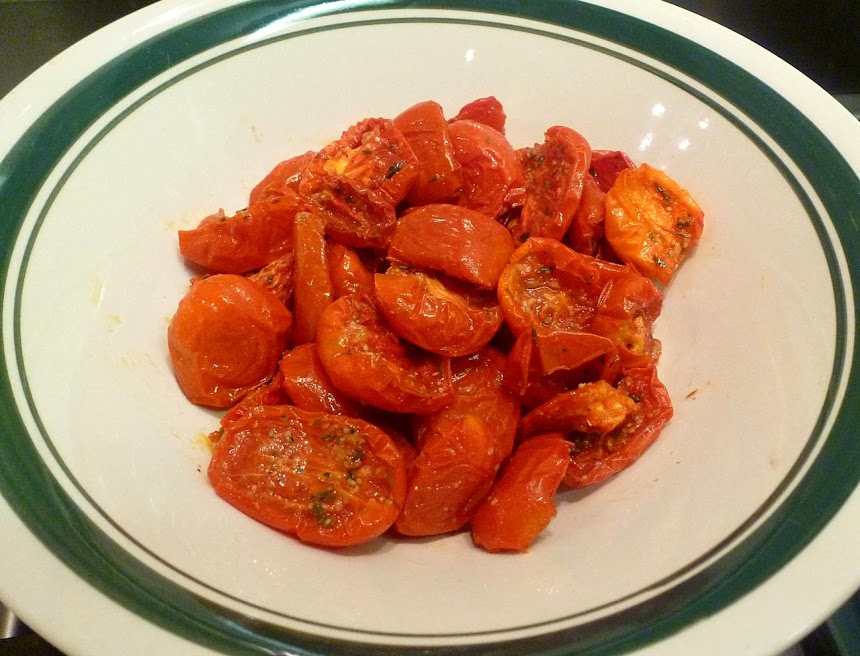 Tomates confites are seasoned and then slowly roasted in the oven at low temperature for three hours.
Then pour on some olive oil and toss the tomatoes again. You don't need a lot, but any extra that you find in the bottom of the bowl, along with the juice from the tomatoes, can be used as a flavorful salad dressing. The tomatoes in the photo above have been roasted and are ready to serve and eat. 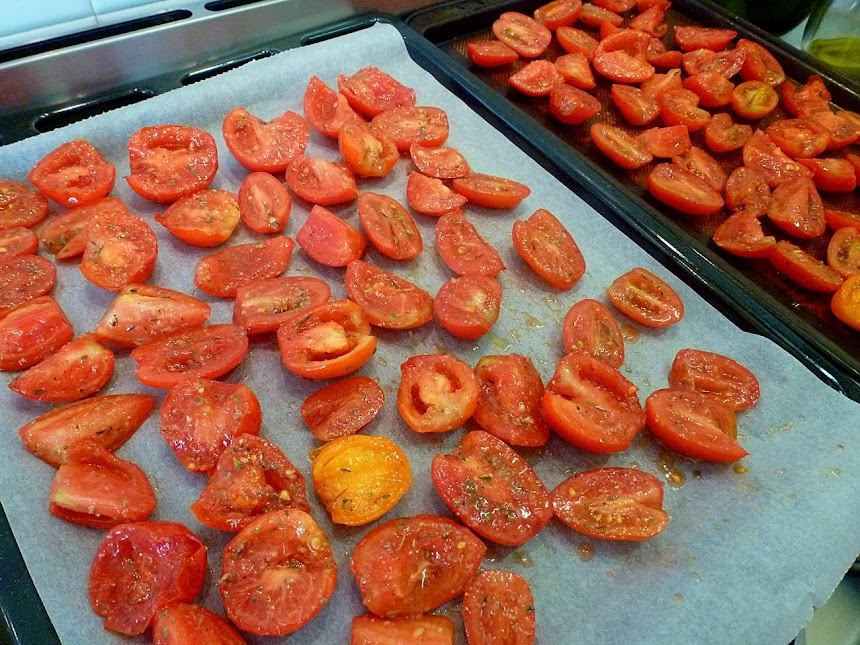 Take the seasoned and oiled tomato pieces out of the bowl with a slotted spoon or your fingers and arrange them on baking pans or dishes as you would if you were drying them. It's a little messier because of the olive oil. 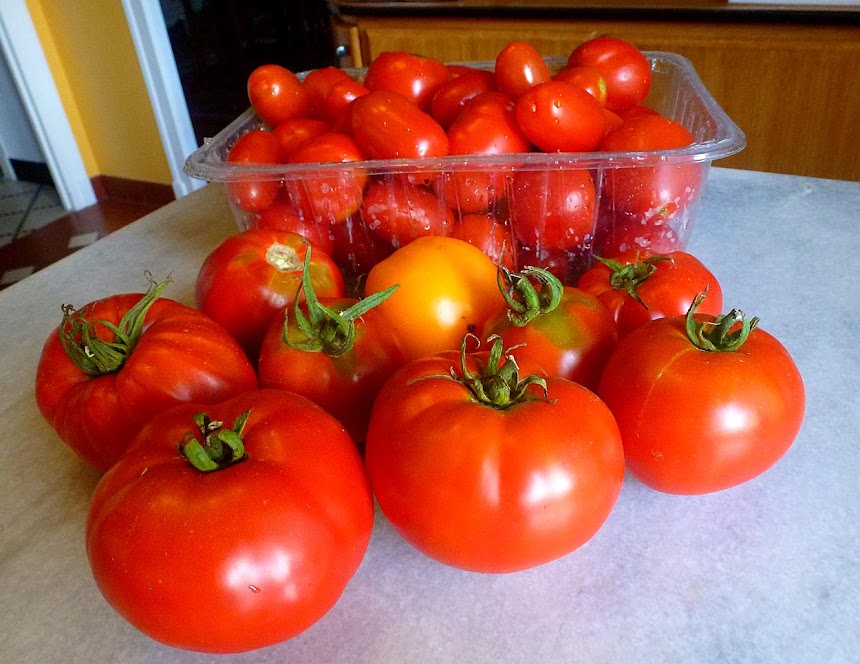 Put them in the oven at 200ºF (95ºC) for three hours. They'll collapse slightly but they won't dry out. Yesterday I made a batch out of the little tomatoes in the plastic tray above. Include them in salads or eat them as a snack or side dish with other foods. They go pretty fast.
Posted by Ken Broadhurst at 07:05