When you think of roasted vegetables, you usually think of winter vegetables — turnips, potatoes, brussels sprouts, onions, celery root, and so on. Summer vegetables can be roasted too, to make what is called ratatouille, but baked in the oven. It's a gratin of eggplant, zucchini, and tomatoes, with onions, bell peppers, garlic, herbs, and olive oil. 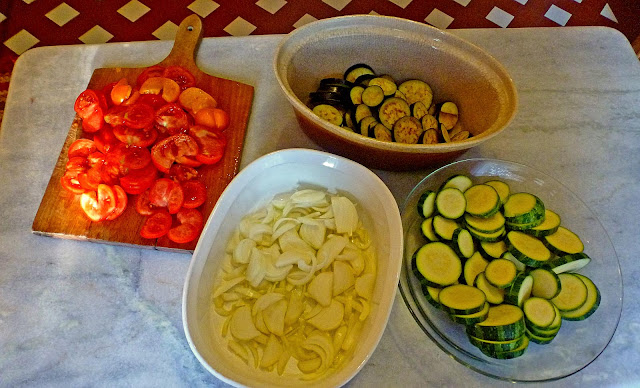 Slice an onion or two and line the bottom of a baking dish with the slices. Also slice up a couple of eggplants (aubergines), and couple of zucchini (courgettes), and several smallish tomatoes (tomates). 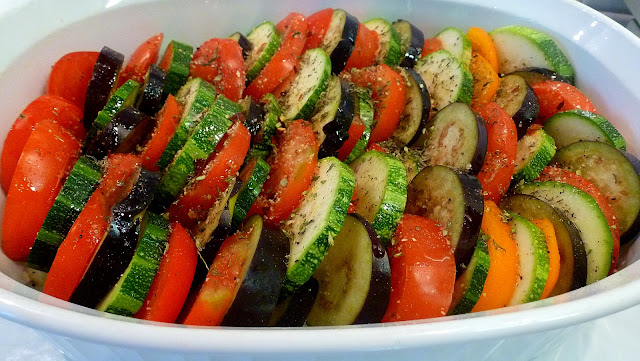 Arrange the vegetables like this in the dish, on top of the onions. In this one, the vegetable slices are arranged, standing up, more or less randomly. 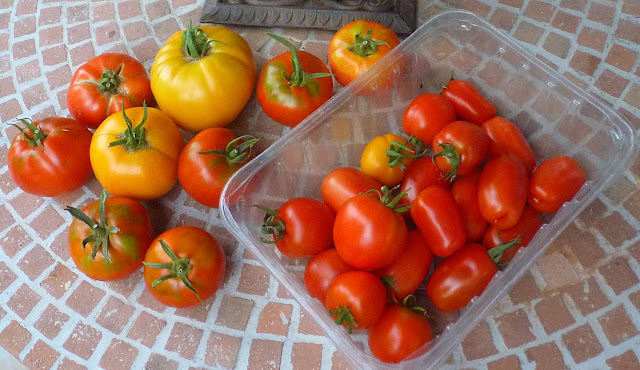 It never hurts to have fresh tomatoes from the garden. Ratatouille is definitely a summertime treat. If you end up with extra vegetable slices after filling up a baking dish or two, you can always cook them as a classic ratataouille, in a pot on top of the stove. 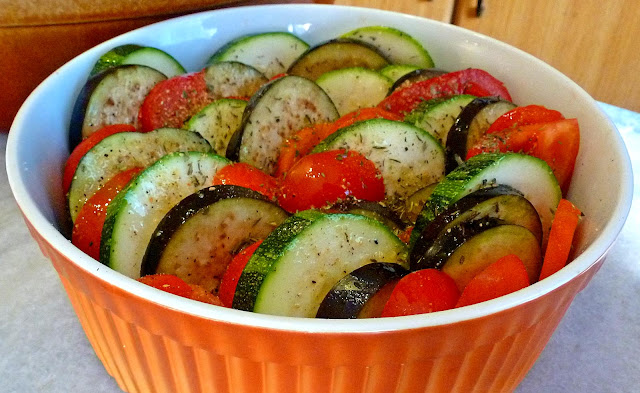 In this taller dish, I used bigger slices of vegetables and arranged them row by row: a row of zucchini, a row of eggplant, and a row of tomato. Instead of sliced onion, I put sliced bell peppers in the bottom of the dish. Sprinkle on dried herbs, salt, pepper, a few hot red pepper flakes, and a good amount of olive oil. 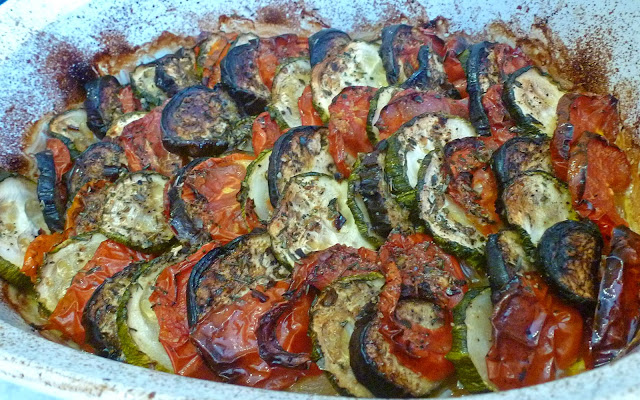 Cook the gratin in a slow oven (160ºC, 325ºF) as long as you like to tenderize the vegetables. I left this one for at least an hour, adding a little water to the dish from time to time so the vegetables would steam through and end up confits and moelleux. And slightly singed.