So you take 40 little Juliet tomatoes, cut them in half, and dry them in the oven for 10 hours, not including letting them stay in the warm over overnight. What do you get? (See my post yesterday for the method. And here's an even more interesting method — dry them on the dashboard of your car!) 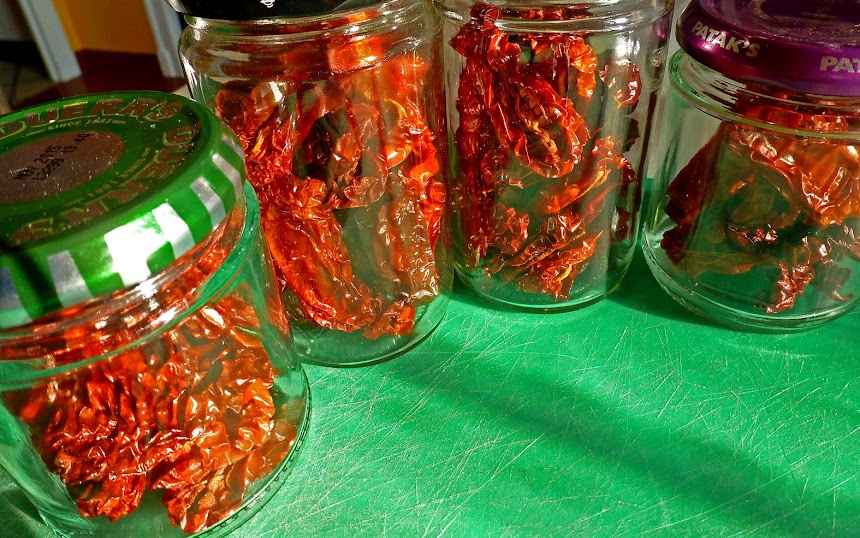 You get four very little jars of dried tomatoes. It doesn't seem like much, but it's 10 tomatoes per jar. And it certainly is a space-efficient way to store home-grown tomatoes for wintertime enjoyment. If you re-constitute them in hot water, one jar at a time, you get a really nicely flavored tomato liquid as well as the tasty tomatoes themselves. You can also just put them into a soup or a sauce and let them re-hydrate that way. By the way, I've never seen sun- or otherwise-dried tomatoes in our supermarkets here in Saint-Aignan, so I make my own. 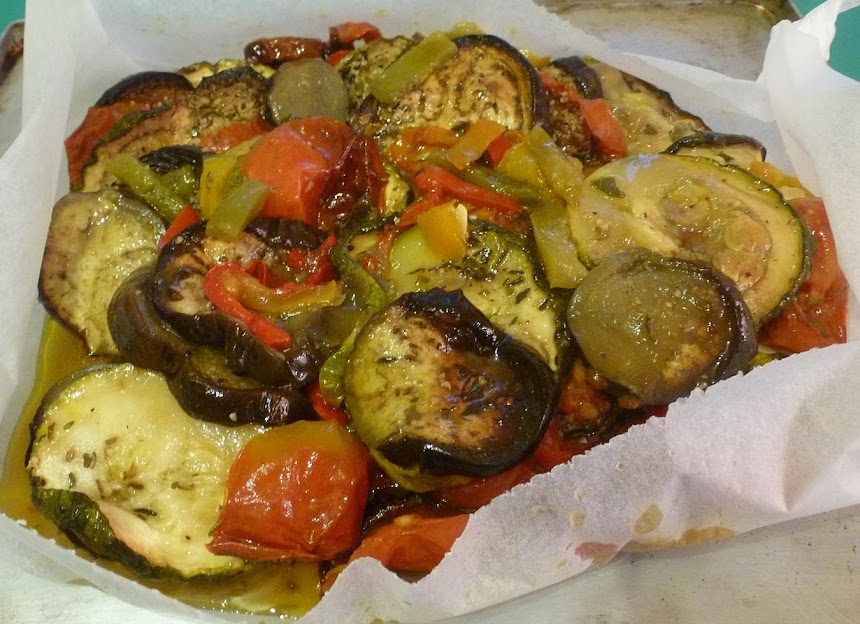 Above is another oven-baked ratatouille that I made a few days ago. I put a layer of sliced tri-color bell peppers on the bottom of the baking dish and then arranged standing rows of tomato, zucchini, and eggplant over the top of them. Here's a link to a photo. The ratty-tat-too got baked for an hour or more in a slow oven. Walt told me yesterday that he's going to have to pick a lot more eggplants this week...
Posted by Ken Broadhurst at 07:00