Years ago, when Walt and I decided to leave San Francisco and move to the country, one of our criteria was to find a place where we could have a good vegetable garden. When we saw this house outside Saint-Aignan-sur-Cher, we knew we had found it. This is our 13th year of gardening and, despite some rainy cool summers, the garden has always been successful. 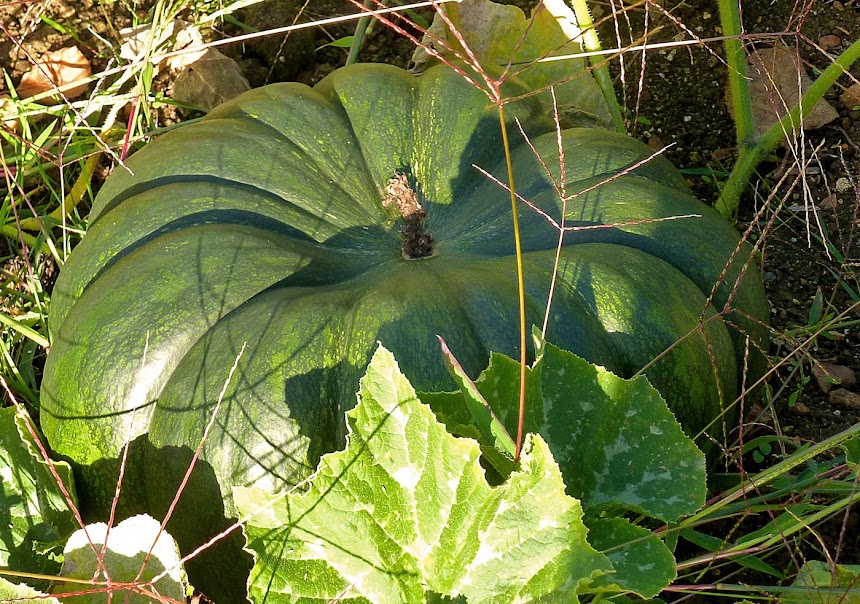 Above is a green pumpkin that is growing out there right now. It's about 18 inches (45 cm) across. It's a courge musquée « Muscade » and should eventually turn pale orange. Our seed packet doesn't say so, but the Muscade is also called the Courge musquée de Provence. It's a variety of Cucurbita moschata. 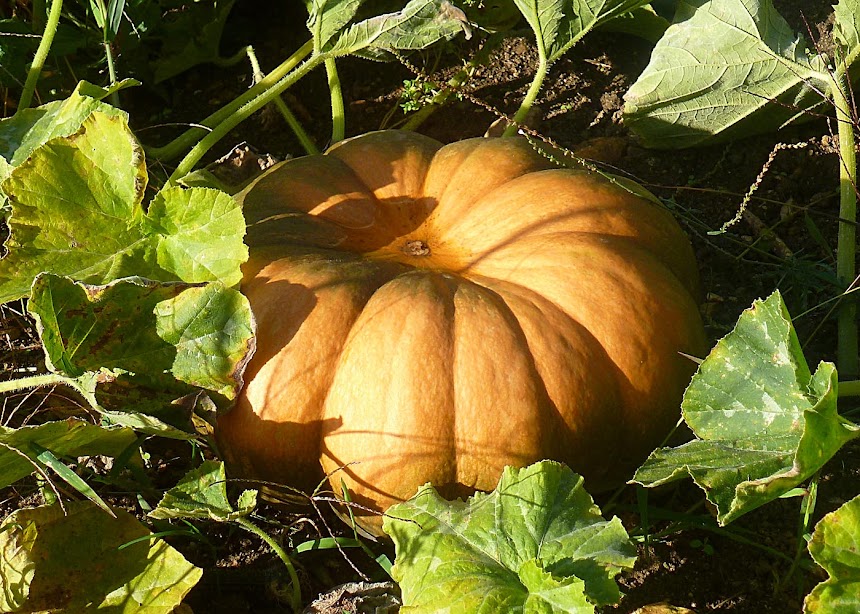 The one above, growing just a few feet from the green one, has already changed color. It's also a Muscade, but it's ripe. The seed packet says the Muscade squashes weigh in at between 4 and 8 kilograms (10 to 20 lbs.) Muscade is the French word for nutmeg (noix muscade) so the flavor is like that. It's good in sweet cakes and pies and also in savory soups and purées.

Finally, here's a view of the garden at the end of September. There are still tomatoes ripening on the vine, and we don't even know how many squashes (including a number of Sucrines du Berry, similar to butternuts) are hiding under all those big leaves. We are also growing Swiss chard and two kinds of kale this year.
Posted by Ken Broadhurst at 07:05