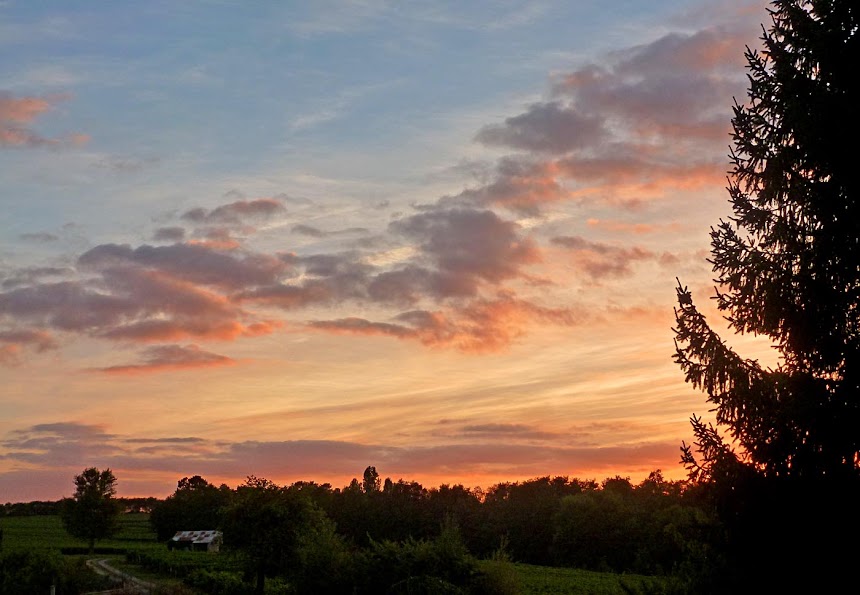 
I haven't been out to get any up-close photos of the grape harvesting, but that's partly because it's going at such a leisurely pace. With this steady warm, sunny weather, there's no rush. Il n'y a pas de panique. The two guys who work at the Domaine de la Renaudie come out and take in the grapes from one parcel of vines, and then later in the day they come back and harvest another parcel. The only grapes being "picked" right now are "white" grapes — the ones that are made into white wines. 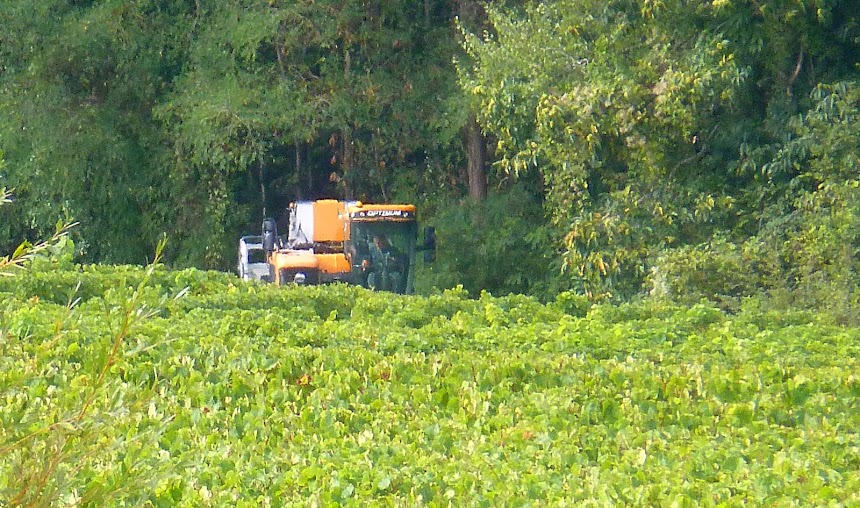 
Yesterday morning when I was walking with Callie the two Renaudie guys were out there with their machinery. I didn't have my camera with me — I don't always take it on the walks. Sometimes I don't want to be slowed down by framing shots and adjusting camera settings. I just want to walk. Callie is a little nervous around the harvesting machines, anyway, so she doesn't want to get close to them. I missed the photo op. 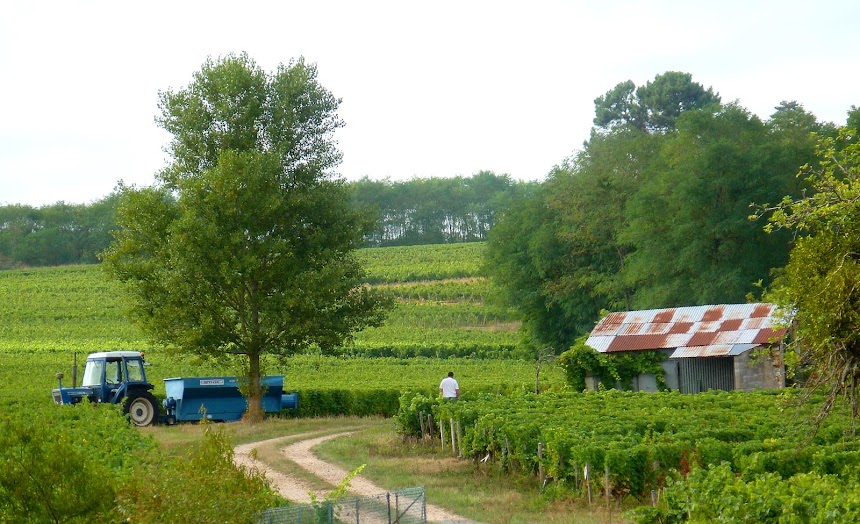 Waiting for the next load of grapes


We had a false alarm this week. The man who is going to build and set up our greenhouse called and said he'd like to come work on it this Saturday. Would we go to the building supply store and buy some sand and cement? So we did that yesterday — 140 kilos de sable et un sac de ciment. A few minutes after we got home, the guy showed up at our front gate and said he wouldn't be able to work on the greenhouse until the end of October. Would that be okay? We said yes. The good news is that he announced he was ready to start the big job of trimming all our hedges. He and two other guys worked yesterday afternoon and the job is already half done. Check that off for another year.
Posted by Ken Broadhurst at 07:15