When I was in Paris on November 1, I stayed in a hotel in the Latin Quarter, not far from the Sorbonne and the Cluny museum. It was a hotel I knew about but where I had never stayed before. Why did I choose the Hôtel Marignan? Well, because of location, location, location, and because it was not expensive. I'm not an extravagant person. 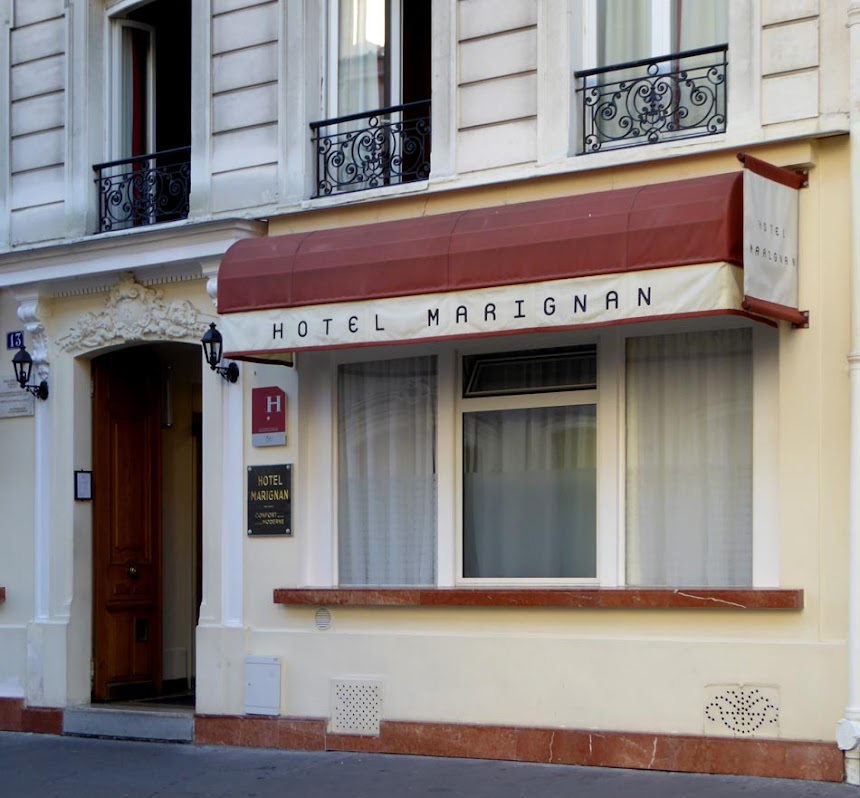 I knew the hotel didn't have an elevator. I didn't know how many floors it had. It turned out to have seven of them, in American terms. In other words, the front desk and breakfast room were on the ground floor, and there were six more floors above. The main surprise was that I was given a room on the top floor. Remember, no elevator. Oh, and heavy suitcase. 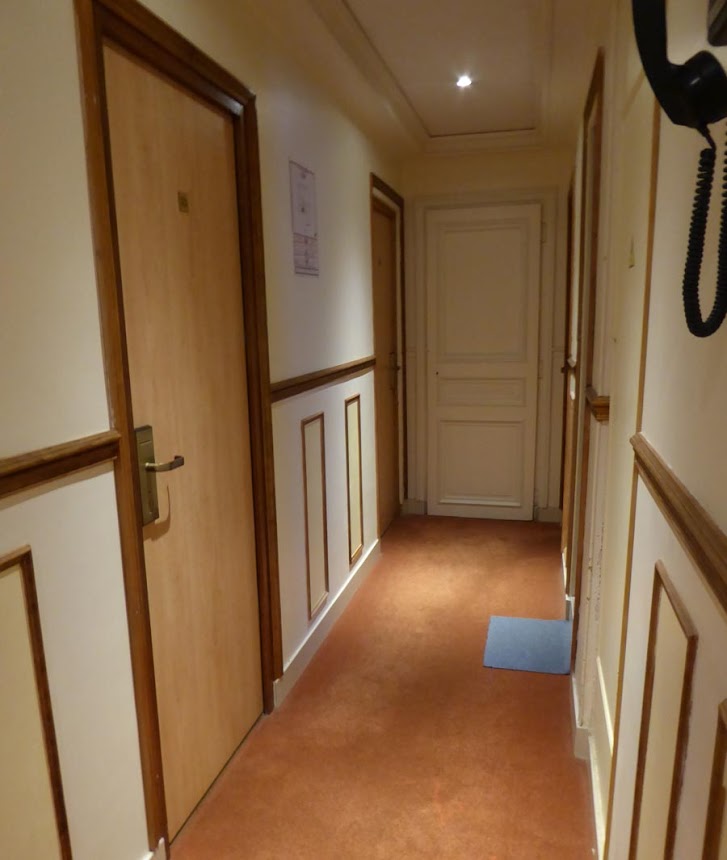 But the Marignan is in the Latin Quarter, and near the Saint-Michel RER station. The RER is the regional transit system, with trains that go directly out to Charles de Gaulle airport. That's how I would get out there — by RER train. A ticket costs 10 euros. That convenience was really important. I figured: for one night, how bad can the hotel be? Actually, it was fine, except... well, you know. 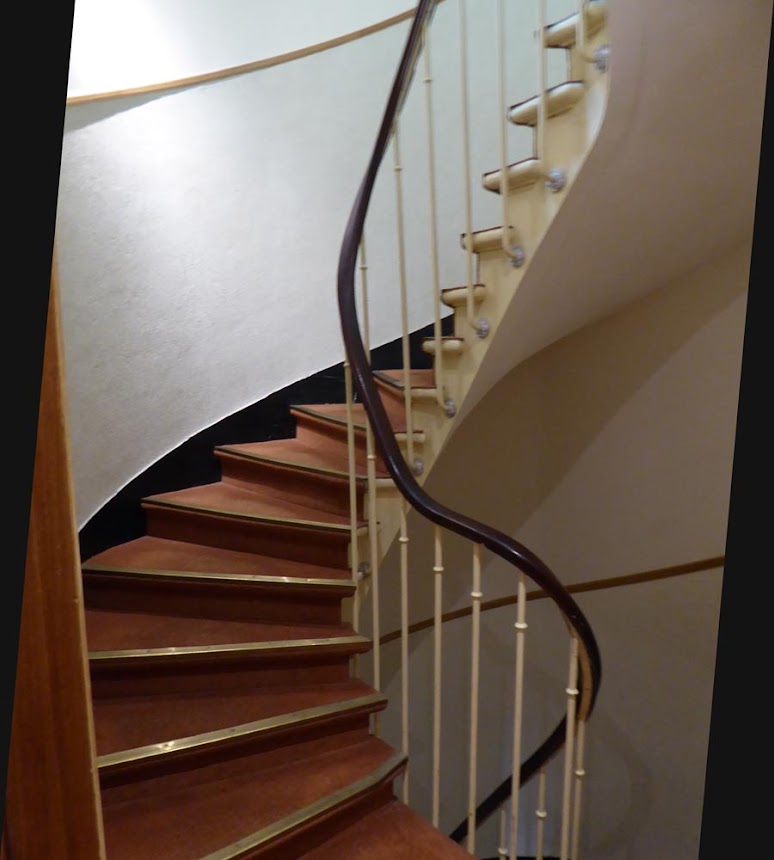 The Marignan is a friendly place. The man at the front desk speaks French and English. He's French and he's talkative — in a good way. He told me that is wife is an American woman from Connecticut. I think a lot of his clients might be younger Americans. They probably don't mind climbing up and down the stairs, even if their rooms are on a high floor. 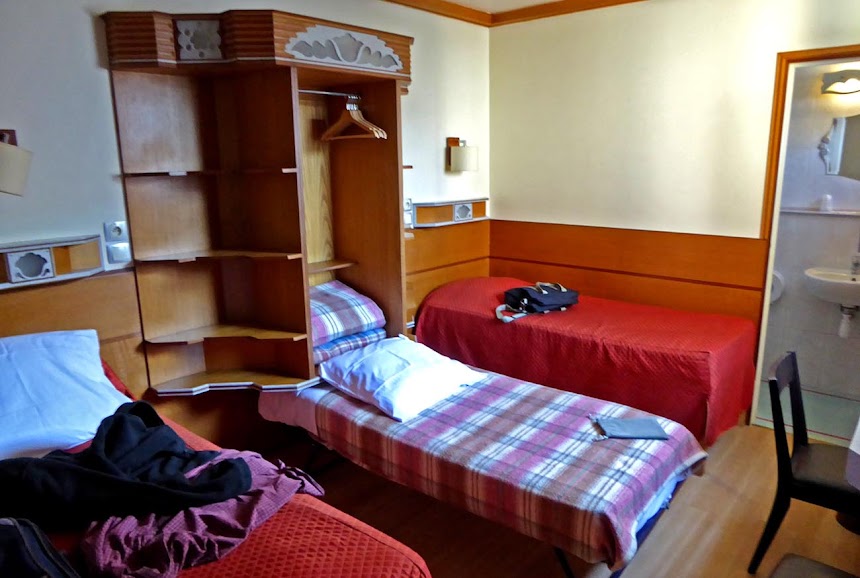 The room was perfectly fine. In it were three beds: one single, one double, and one small child's bed. There was no TV, but my room had a private toilet and bath. Evidently, many of the rooms don't. There are showers and toilets located down the hall that are shared by all the people staying in the cheaper rooms on the floor. My room, the deluxe model, cost 89 euros for the night. Cash please, I was told. Breakfast was included, while in most hotels it costs between 8 and 15 euros extra.
Posted by Ken Broadhurst at 07:00