Some people fish from the shore, in the sound or in the inlet. They don't have to worry about big waves washing their chairs and tackle away, unless an ocean-going ship glides by and throws up a big wake. The bluefish might be running right now — I think it's their season. 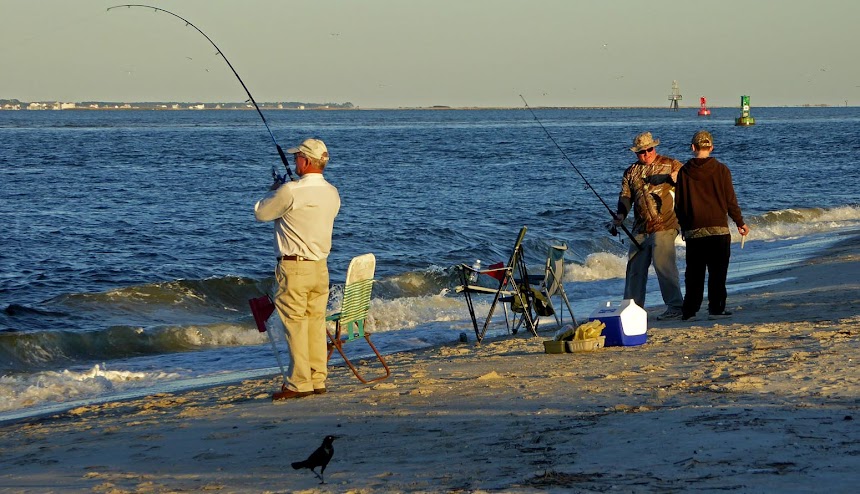 Others fish on the ocean side of the barrier island. On this particular day, there weren't many big waves for the surf-casters to worry about. At this particular point on the beach strand, there is access for drivers of four-wheel drive vehicles, letting them go right down to the water's edge. 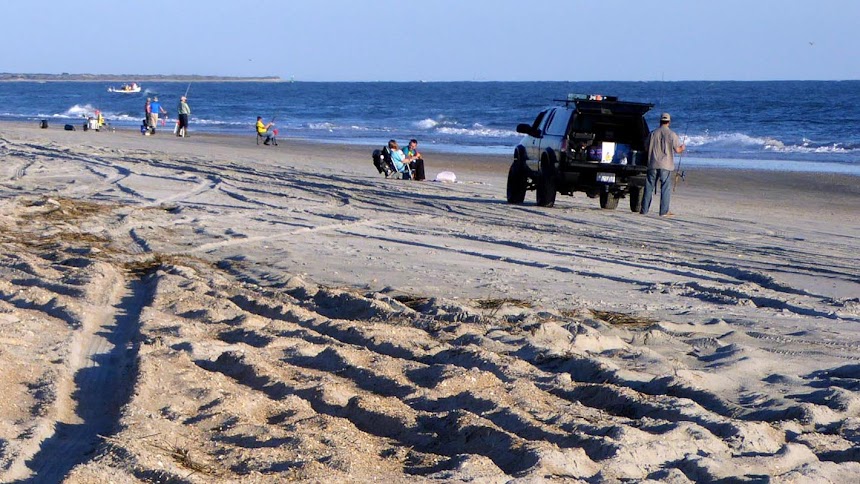 Birds fish too. Below you see some pelicans, which have made a big come-back on the North Carolina coast since the days when DDT was widely used as a pesticide. Back when I was growing up in the 1950s and 1960s, we didn't see pelicans around here. They look kind of prehistoric, don't they? 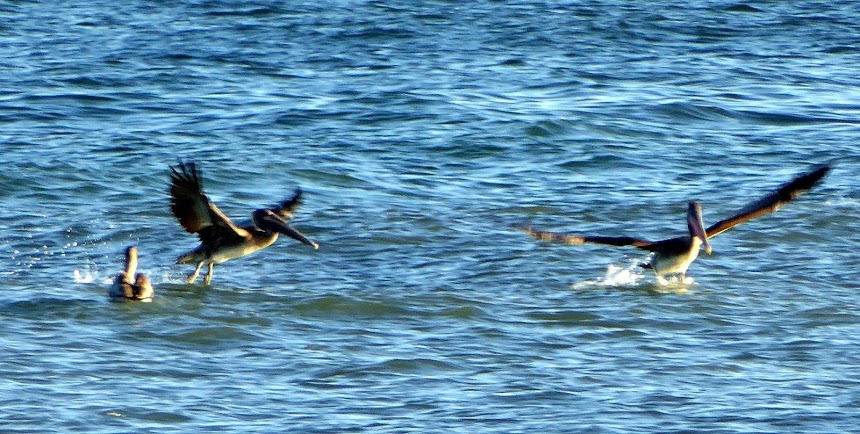 Other people just gather on the beach to enjoy the sand, sun, and surf. Some of them feed the seagulls — probably not a good idea, but you can't really stop people from doing it. In the background, you see one of the two remaining fishing piers on Bogue Banks.

Back in the 1960s, there were 8 or 10 piers along the 25-mile beach strand — Triple-S, Oeanana, Sportsman's, The Iron Steamer, Thompson's Steel Pier, The Bogue Inlet Pier, and more. When I was in college at Duke, I would come home in June and spend the summer working at Sportsman's Pier. The summer after my first stay in France (1970), I worked there as a short-order cook on the night shift, 9 p.m. to 6 a.m., making hamburgers, hot dogs, and egg sandwiches for sleepy fishermen and other night owls. The sunrises over the ocean were spectacular, and huge schools of fish — albacore, mullets — and porpoises (bottlenose dolphins) would swim by at dawn.
Posted by Ken Broadhurst at 07:00