La Fontaine des Innocents dates back to 1548, the time of the French Renaissance. It's located on the Place Joachim-du-Bellay (a Renaissance poet from the Loire Valley) in the Les Halles neighborhood of central Paris. Henri II was king when it was built, and the architect was Pierre Lescot 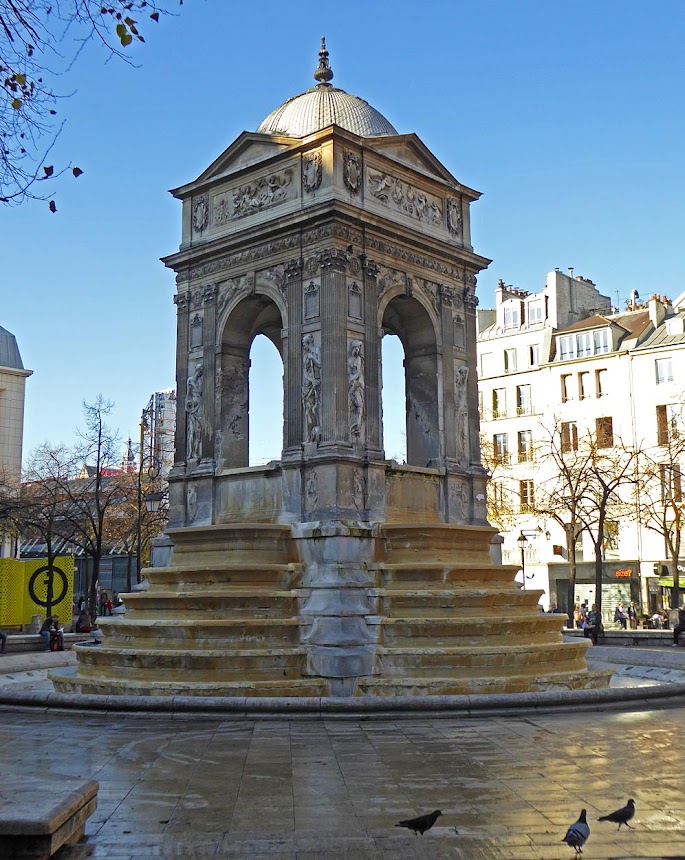 The fountain was originally located in a cemetery, but the cemetery was moved to the outskirts of Paris long ago. There was a church nearby, but it was demolished in the 18th century. The fountain itself was relocated several times over the centuries. Below and at the top are a couple of photos of architectural details. 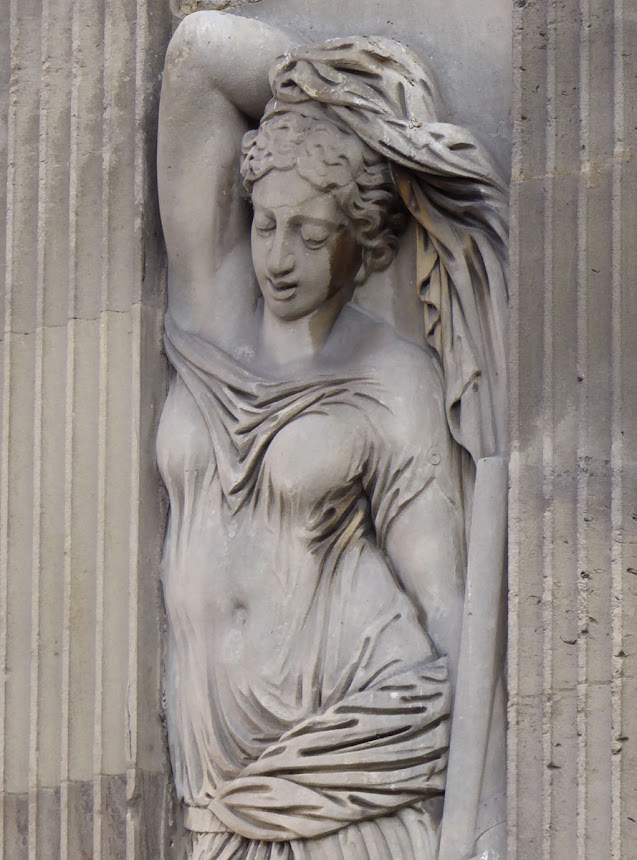 As always, click or tap on the images to enlarge them.
Posted by Ken Broadhurst at 07:15