My afternoon at the theater in Paris 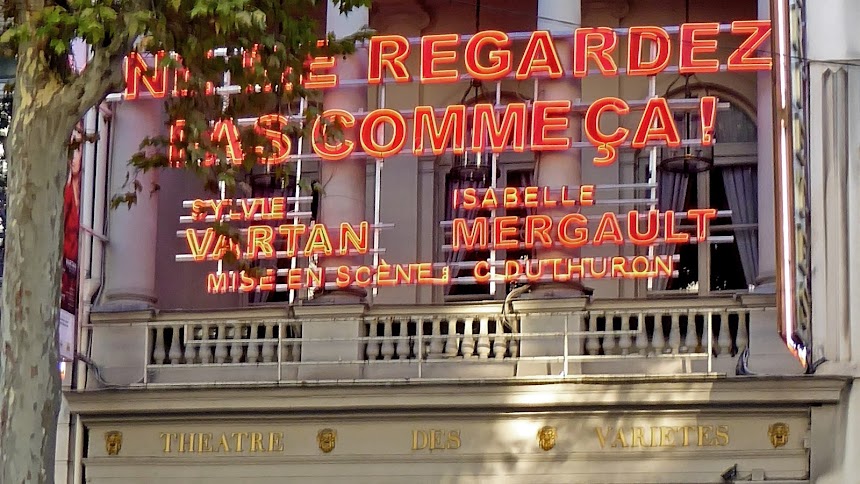 It was Sunday, November 1 — three weeks ago yesterday and twelve days before the horrible events of Friday the 13th in Paris — that I arrived in the City of Light under sunny, warm skies. I had reserved a hotel room in the Latin Quarter and bought myself a ticket to go see a matinée on the Grands Boulevards late that afternoon. It was a play written by Isabelle Mergault and the star was the famous French singer and dancer Sylvie Vartan. The venue was a place called Le Théâtre des Variétés, not far from the old Chartier restaurant near the intersection of the boulevard Montrmartre and the rue Montmartre. 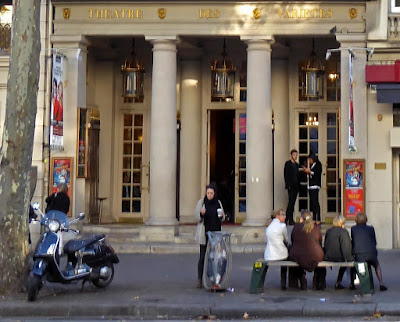 I had Air France airlines and France 2 television to thank for getting me to the theater in Paris for the first time in many years. Air France had cancelled my early morning flight and put me on a plane with a 1:30 p.m. takeoff on Monday, November 2. That made me decide to spend the night before the flight in a hotel in central Paris rather than at a boring airport hotel. I'd have plenty of time to get out to the airport the next day. Then Walt and I were watching the news one day and the final segment was an interview with Mergault and Vartan. They were hyping their upcoming play. We'd seen Isabelle Mergault in a one-woman comedy show in Paris many (maybe 20) years ago, and Vartan still has a kind of superstar status in France after her long signing career in the 1960s, '70s, and '80s. 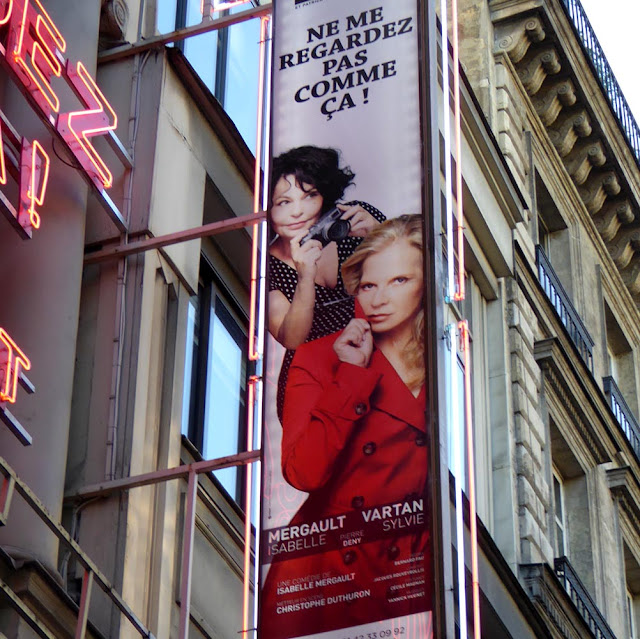 Rather than risk being a Sunday afternoon shut-in in Paris if the weather turned out to be lousy, which would be typical on November 1, I decided to buy a ticket to the show. It was called Ne Me Regardez Pas Comme Ça ! (Don't Look at Me Like That!) and was billed as a light-hearted comedy with Sylvie Vartan playing the role of a famous actress who has attained a certain âge and become a recluse. It wouldn't be much of a stretch for her — she left France years ago and has lived in L.A. and Las Vegas ever since. (I think she dreamed of a successful American career in show business.) If you remember her, you probably remember that she was once married to the iconic French rock and roll singer called Johnny Hallyday. Here's a link to an interview Vartan gave to France 2 television a couple of years ago.

When I got to the Théâtre des Variétés, there weren't very many people waiting to get in. Not many minutes later, however, Mergault and Vartan (with one other actor) played to a full house. I was seated in the very first row, looking not down on the cast but up at them. I could have reached out and touched them as some points in the performance. I felt like I was on stage with them. 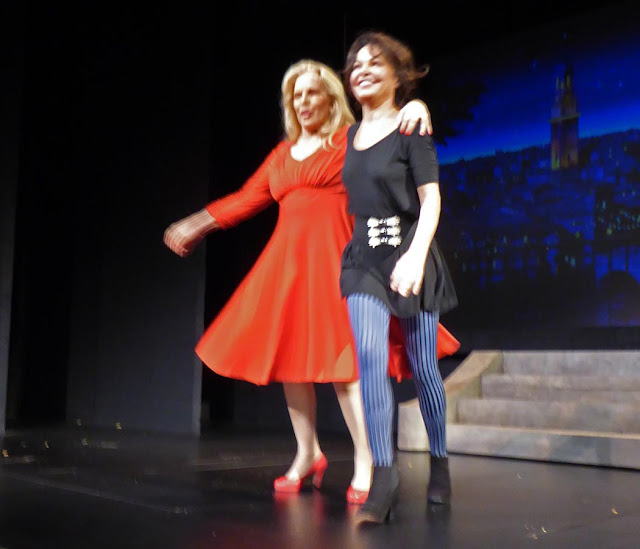 The play was good-natured, light-hearted, and lively, as promised. (The word "cute" comes to mind.) Vartan held her own in a rare acting role. Mergault writes and acts with a lot of humor, and her dialogue is full of puns and word play. She makes me laugh — I've listened to her on French radio for a couple of decades — and it's as much the fact that I'm happy to be able even to understand her puns as the actual humor in them that makes me chuckle (and groan). I'd never seen Sylvie Vartan in a live performance before and it was fun to get an idea what she is like in person. She's now 71 years old. 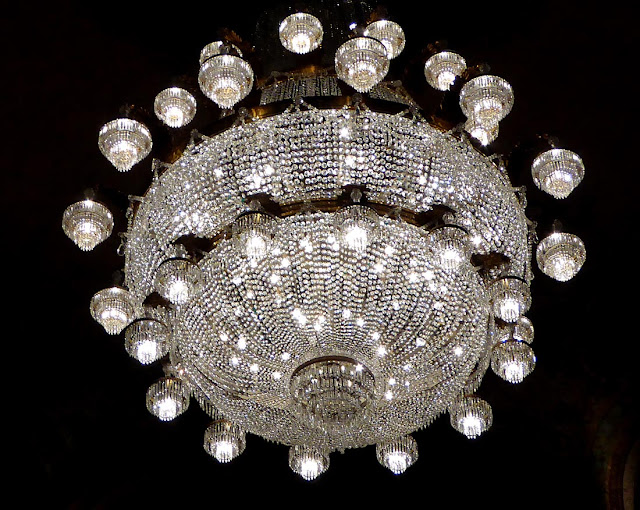 I took a photo of the theater (two photos up) as a kind of salle-selfie, by the way. I was seated at least 15 minutes before the curtain went up, and I didn't know if it was okay to take photos. Then I saw other members of the audience taking out their cameras and phones to snap pictures. Rather than stand up and turn around, I lifted my camera up over my head and snapped a few "blind" photos of the room behind me, hoping one of them would turn out. One did, as you see. In it, the main thing missing is the chandelier to the left, which is one of the theater's most distinctive features. Paris « Ville-Lumière », après tout.
Posted by Ken Broadhurst at 08:00