Walt's been up since 4 a.m. figuring out how to get the new boiler's remote-control unit to work. At some point, he got an error message saying that the remote had lost its connection to the receiving unit on the boiler downstairs. He managed to get it to reconnect. Now we can't help but expect it to disconnect itself at any moment, for whatever reason. 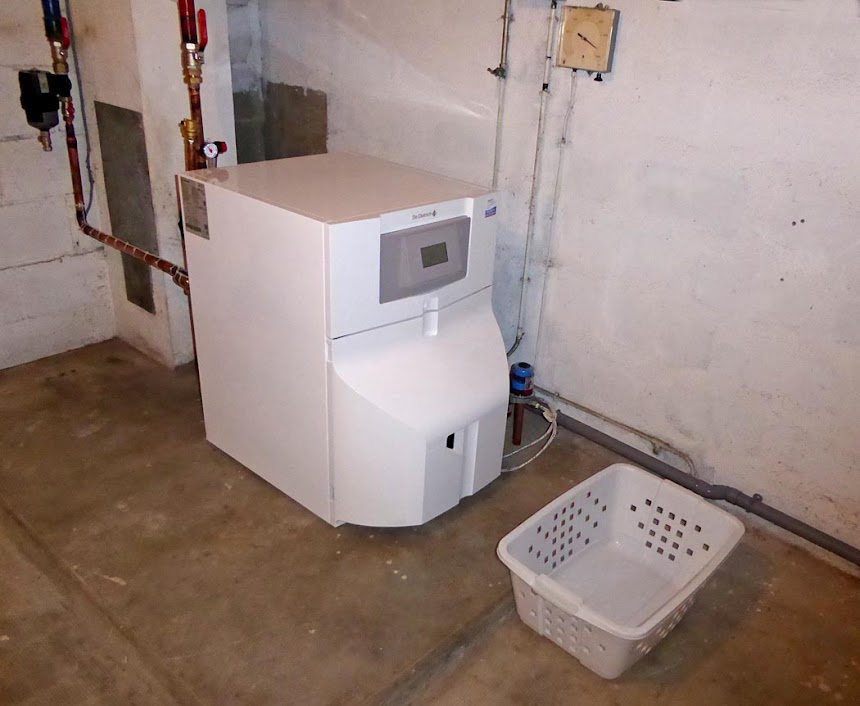 The new boiler, a De Dietrich model, is about the same size of the old one. De Dietrich is a company headquartered not in Germany but in Alsace, which is a French province located along the border with Germany. I put a laundry basket in the frame for scale.


Typical debugging, I guess. Learning to live with it. At least we do have heat this morning. The thing came on too early. I'm sure Walt will explain a lot about it all in his blog post this morning. I'll be busy in the kitchen today, cooking a leg of lamb and some flageolet beans for our delayed Thanksgiving dinner. 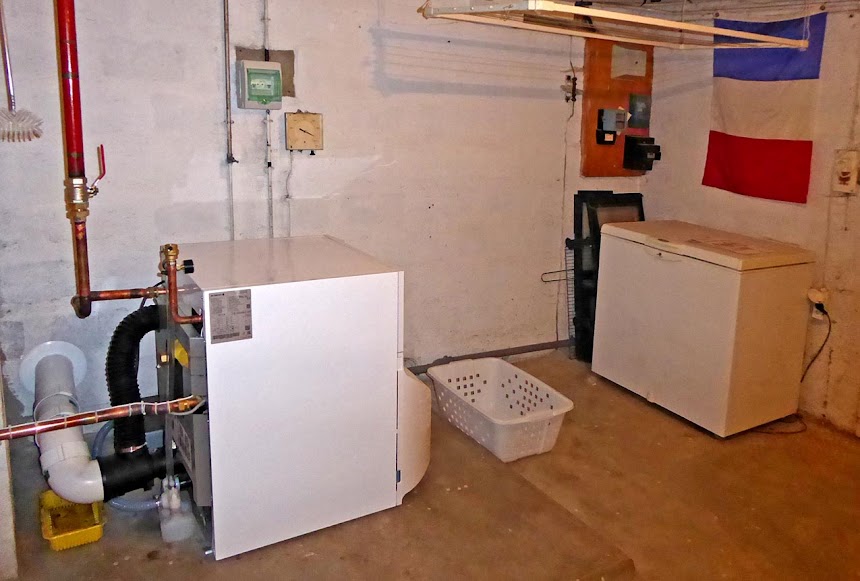 Here's the boiler with our little chest freezer in the photo. The boiler is not a lot bigger than an American washing machine.


Oh, how did the French word chaudière become the English word chowder? Well, the old definition of chaudière, dating back to 1120, is « Récipient métallique où l'on fait chauffer, bouillir ou cuire qqch. [ou] contenu d'une chaudière. » That says "a metal receptacle in which one heats, boils, or cooks something [or] the contents of such a receptacle." In other words, it's a big pot. So chaudière, its pronunciation adapted to the English vowel system, became chowder, meaning the contents of a "chowder pot." Clam chowder, corn chowder, and so on.
Posted by Ken Broadhurst at 07:30