Another day at the beach

The photos below will attest to the kind of weather we had yesterday and are supposed to have again today. The temperature a little ways inland may hit 80ºF / 27ºC, but on the beach it will be slightly cooler because the ocean water is still cold after a frigid winter. 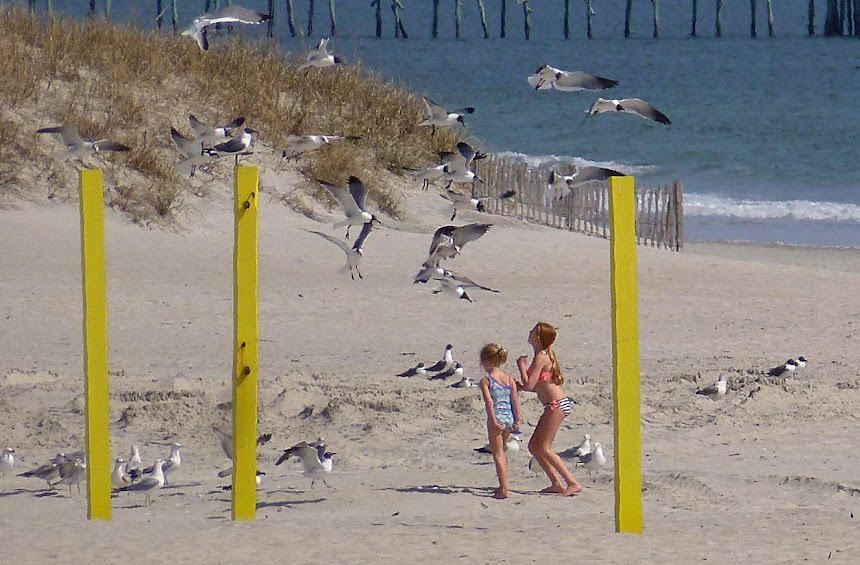 My sister Joanna and I drove over to the beach for a late lunch of some steamed "peeler" shrimp on the deck of a restaurant that faces the ocean. We were surprised to see people in bathing suits out playing on the sand. Children and teenagers mainly, I admit — they seem to be especially hot-blooded. However, we were sitting outside in the sun and it was pleasantly warm despite the breeze. 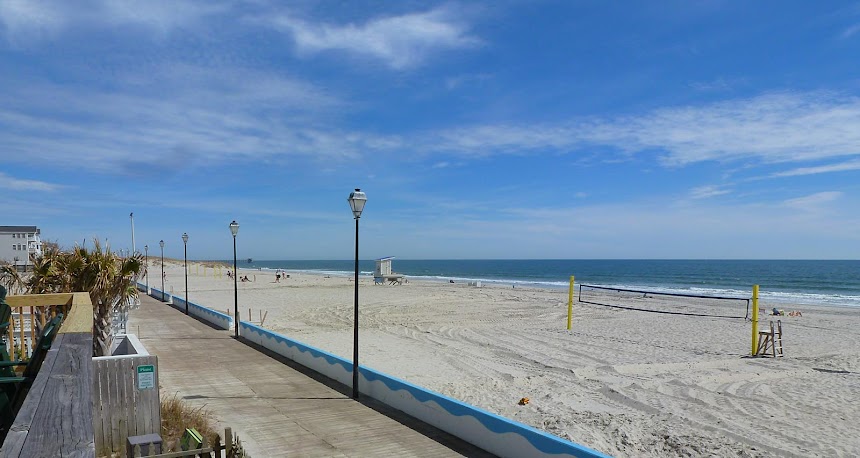 This is the beach we used to call "the main beach." It's always been a public beach and is the place closest to the bridge where you can spread a towel or blanket on the sand, sunbathe, and take a swim. I can guarantee that the beach will be more crowded in a month or two and all through the summer. There used to be a bowling alley here, but it burned down decades ago, and there was a sort of nightclub with a big dance floor called The Pavillion where you could dance the shag to Carolina beach music. Now they are building tall "summer cottages" and condominiums at the main beach.

Sitting out on the restaurant's oceanfront deck, I looked east and noticed that at a certain point the perfectly flat horizon was broken by two bumps that were too large to be waves. Oh, it must be the dunes on Shackleford Banks, I thought to myself. Just at the moment when I spotted the Cape Lookout lighthouse. I was surprised to be able to see it with the naked eye, because the lighthouse is 12 or 13 miles — entre 18 et 20 kilomètres — distant. My (old) camera, at full image size and full zoom, caught the shot above. It's "noisy" as photos go but it definitely shows the far-away lighthouse. 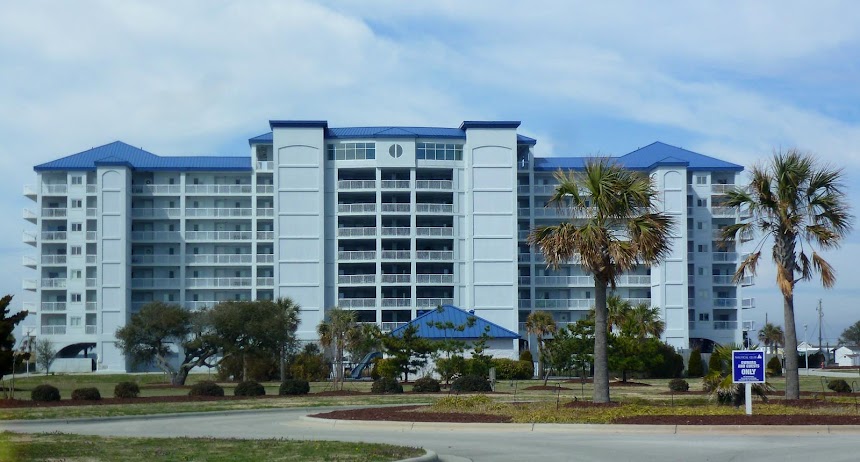 I still can't get used to these huge condominium complexes that have sprung up all along Bogue Banks (in Carteret County), which is known as "The Crystal Coast." Traffic in summer must be horrendous on the single two-lane road that runs the length of the barrier island, parallel to the beach. I haven't visited The Crystal Coast in summertime since the early 1990s. It's too hot and too crowded for me. ("Nobody goes there anymore," as they say, "because it's too crowded.")
Posted by Ken Broadhurst at 07:00