We've used the new "slow cooker" or « mijoteuse » three times since it was delivered on Tuesday. Wednesday morning, I got up early and prepared about 4 lbs. (1.75 kilos) of beef to be slowly stewed with carrots and onions for 4 or 5 hours. 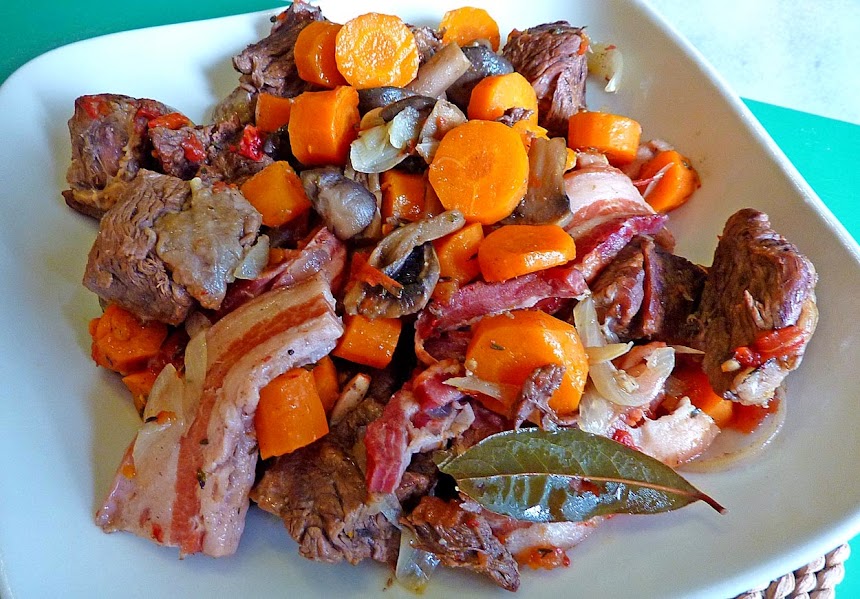 First, I have to say that the Kenwood slow cooker I finally chose is an enormous machine. I didn't imagine that it would be so huge when I ordered it from amazon.fr. Be that as it may, I'll admit that we have filled the 6-quart cooking dish full all three times we've cooked in it. I think it's going to work for us. 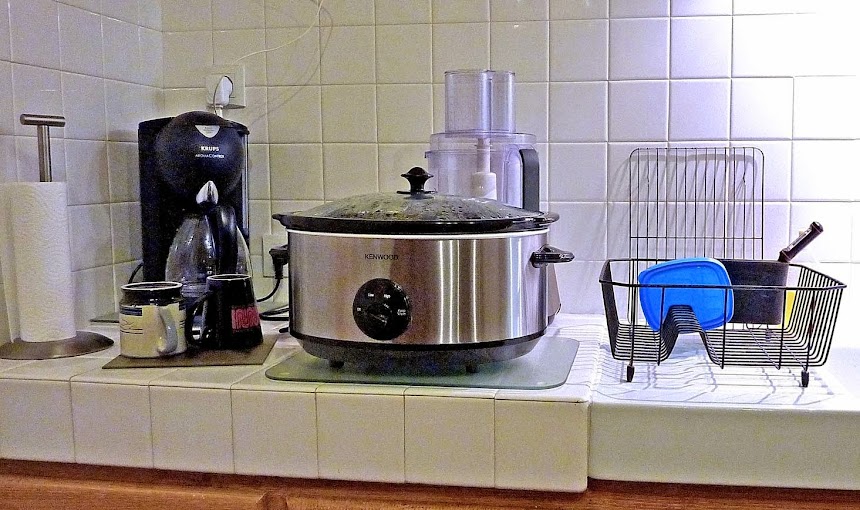 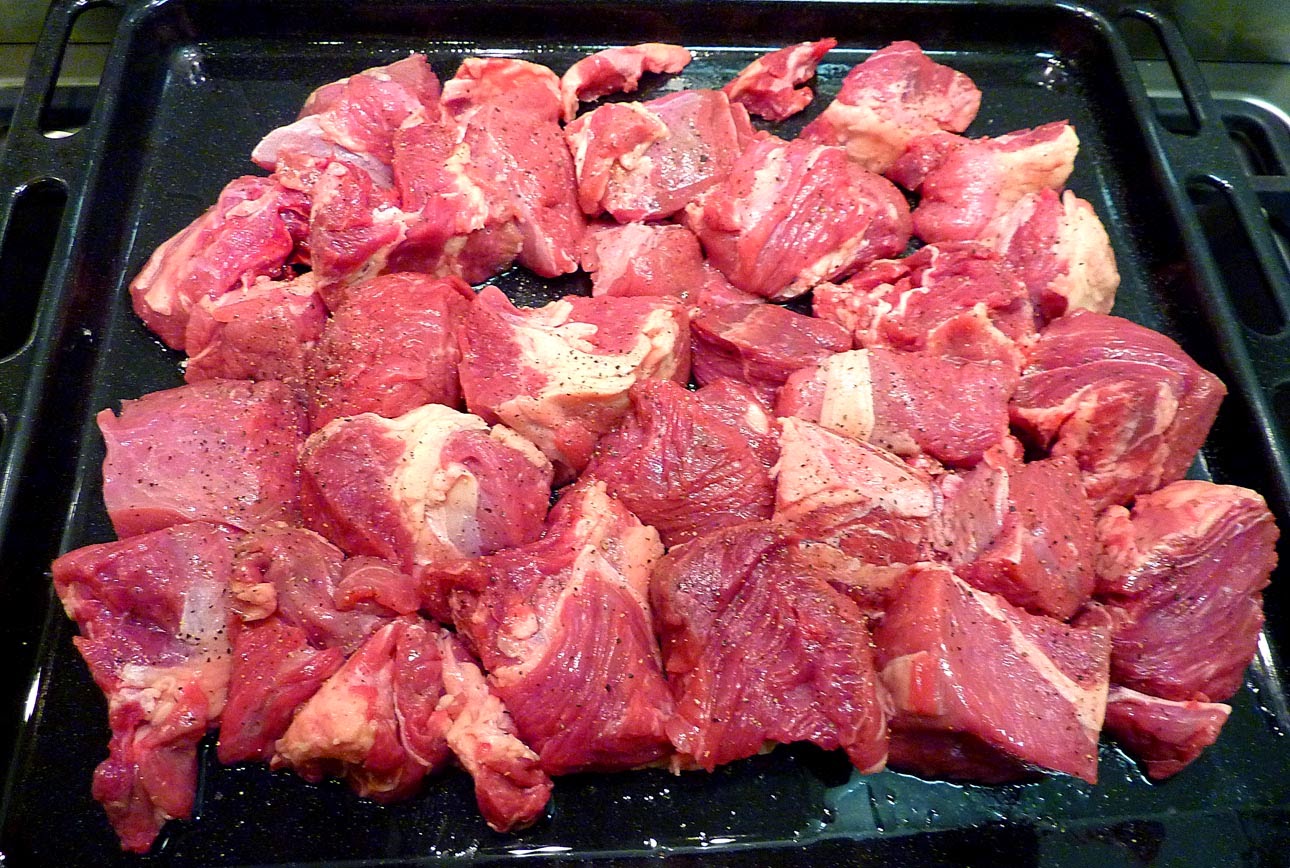 Back to the beef — I bought two slabs of what is called « basse-côte » in French. It looks and cooks like a chuck roast to me, and I like it. Walt and I grew up eating oven-roasted and pot-stewed beef chuck with vegetables. 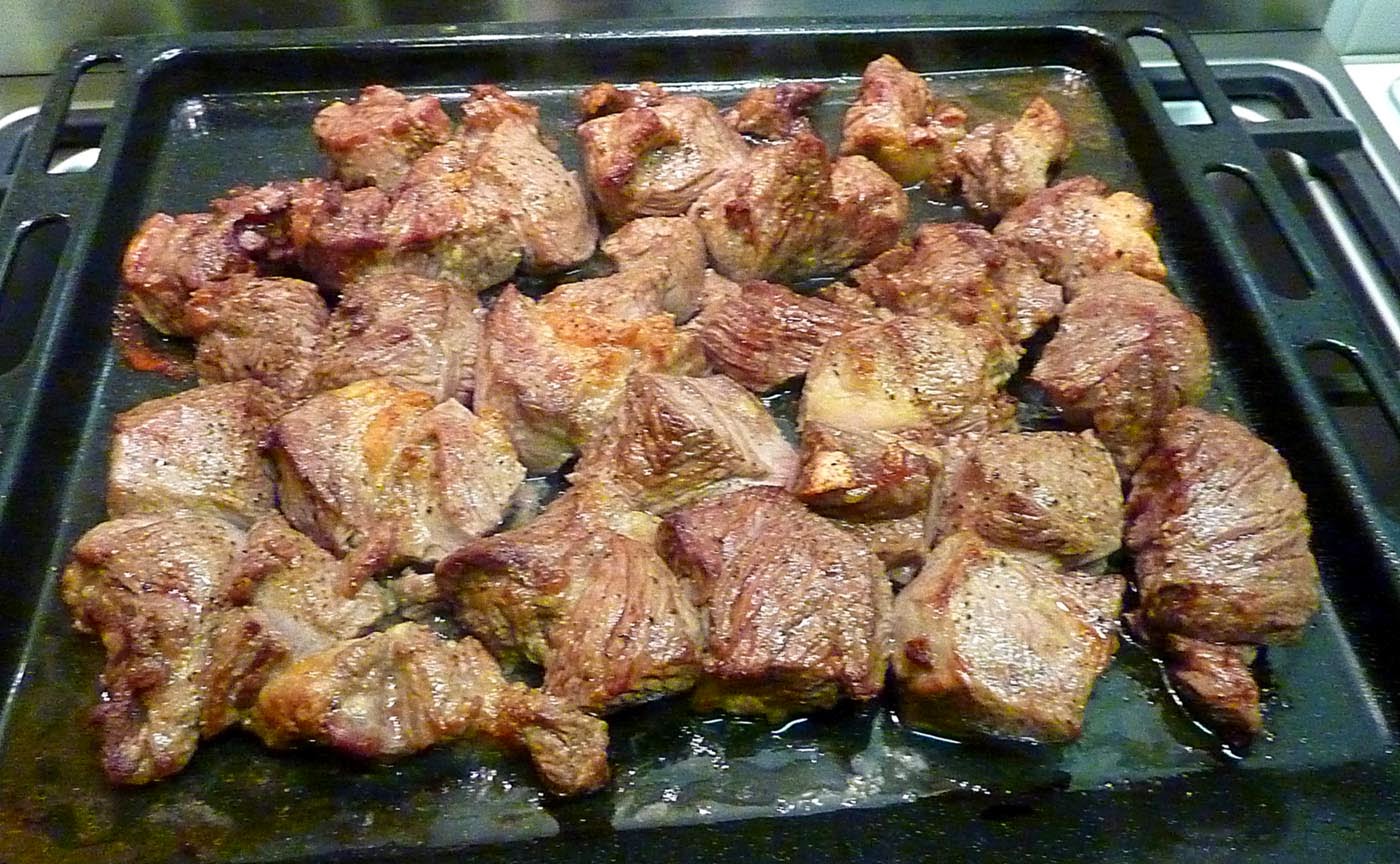 I cut the meat into big cubes and browned it in the oven. I thought that would be less messy than browning it in a skillet on the stovetop. I put it on a tray under the broiler, and I didn't even turn the pieces of meat over. Browning them on one side was enough. 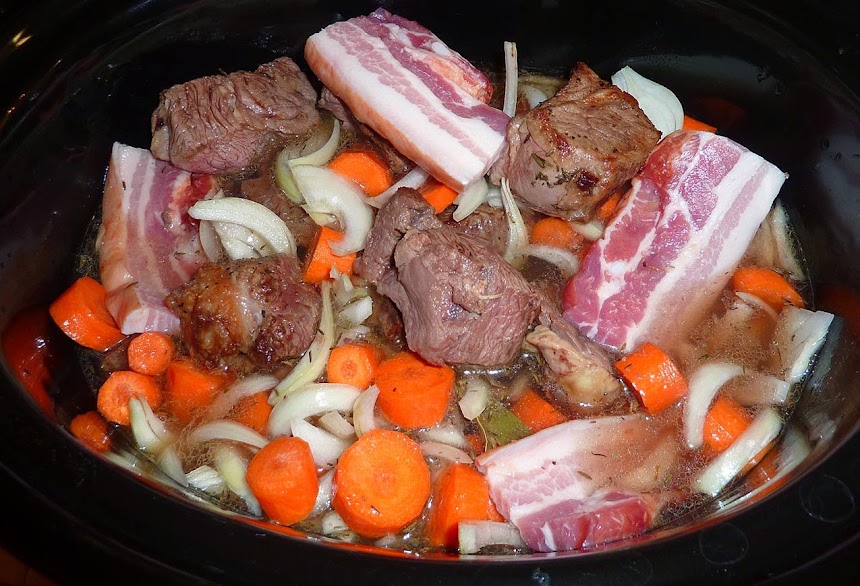 Late in the cooking process, around 11 a.m., I added 1 lb. of mushrooms and a dozen small new potatoes to the pot. The stew was simmering slowly — the liquid was bubbling around the edges but not actually boiling in the middle. I guess that's the way it should work. 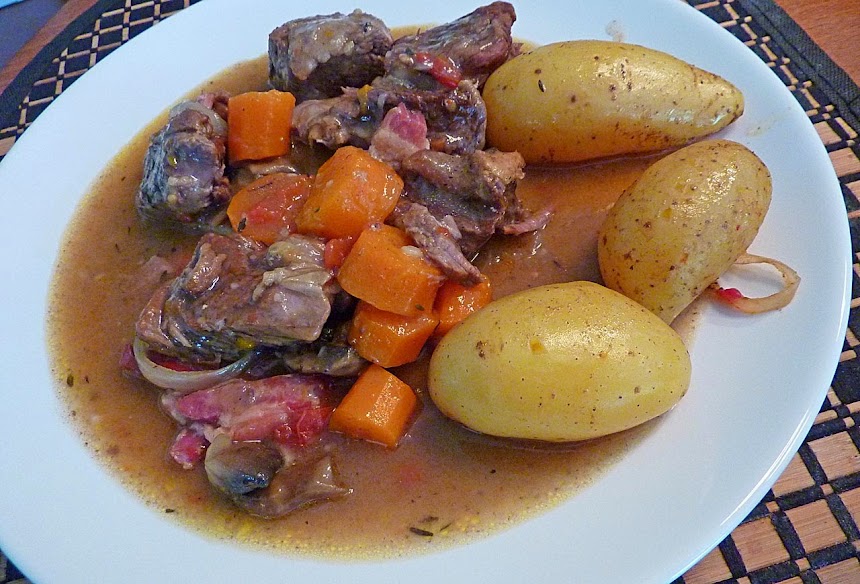 We turned off the cooker at about 12:30 and had lunch. As you can see, it was delicious. The beef was tender and juicy, and the pieces of smoked pork were starting to fall apart. The carrots were cooked through but not disintegrating into the liquid. Success... 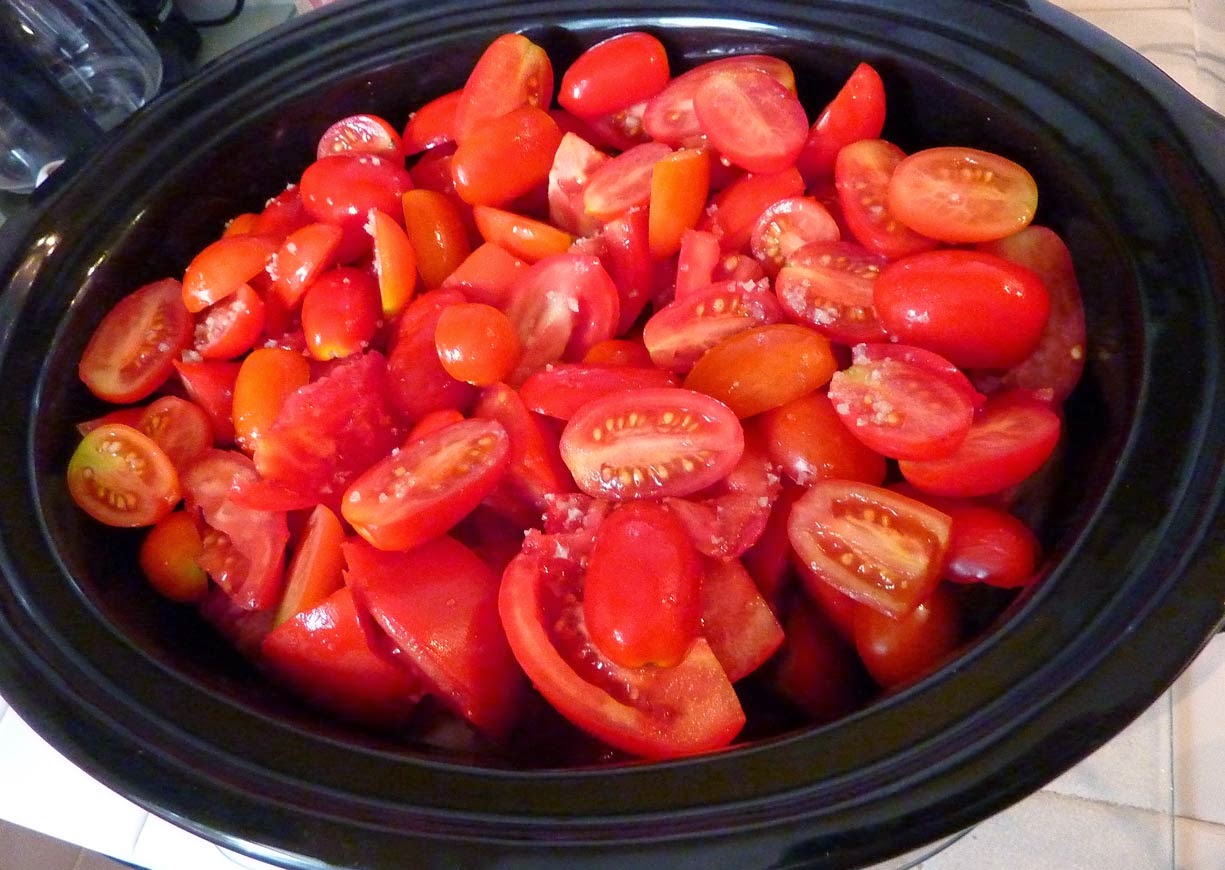 The other two times we used the cooker was to make more tomato sauce using about the last of the tomatoes from the garden. Walt trimmed them all up and filled the 6-qt. cooking dish, seasoning the tomatoes with salt only. That batch cooked on high for 4 hours. Then he filled up the cooker again and let it cook on low temperature overnight — for at least eight hours. Both batches of sauce (11 pints in all) were perfect.
Posted by Ken Broadhurst at 07:45