On his blog, Jim Budd says that he recently talked to one of the wine producers in our village, Catherine Roussel at Clos Roche Blanche, and that she told him the grape harvest won't start around here until the first of October. That's really late. 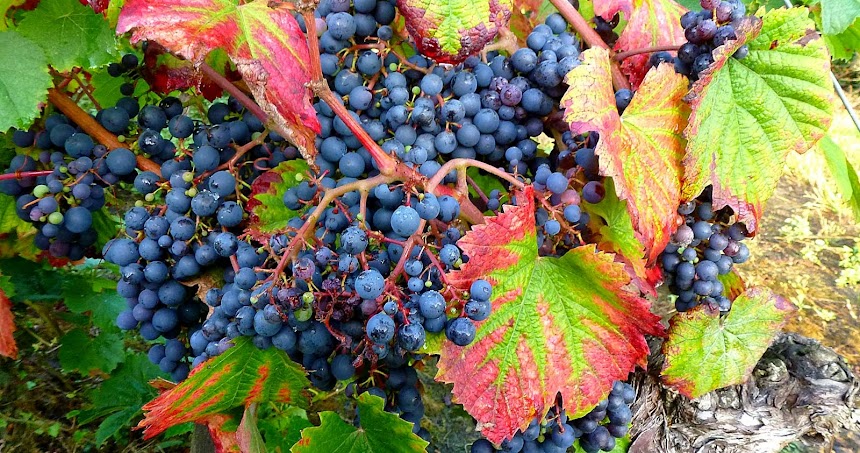 In 2003, the first year we lived here near Saint-Aignan, the harvest started around the 25th of August. That was the year of the great canicule or heat wave, with hot weather from June through August and into September. Many days in August saw the high temperature hit 40ºC, over 100ºF. 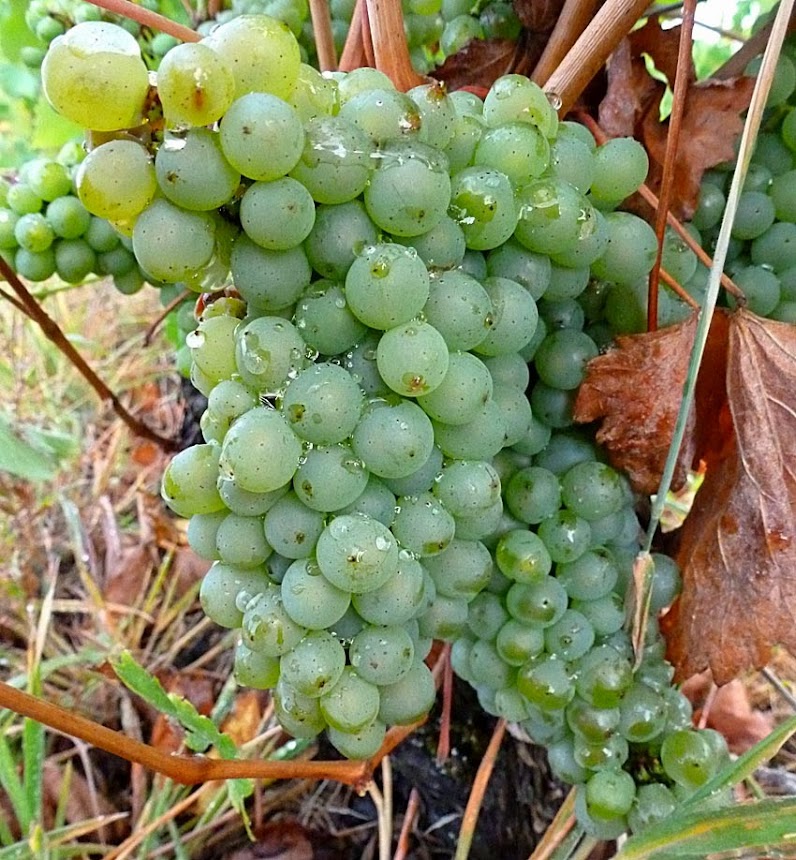 Ten years later, we had a very wet and cool spring, with unseasonably low temperatures lasting until the end of June. July and August turned out dry and sunny, and overall pretty warm, but without record-breaking high temperatures. Now we seem to be about to emerge from a two-week rainy spell. Next week the weather is supposed to turn beau et chaud again. 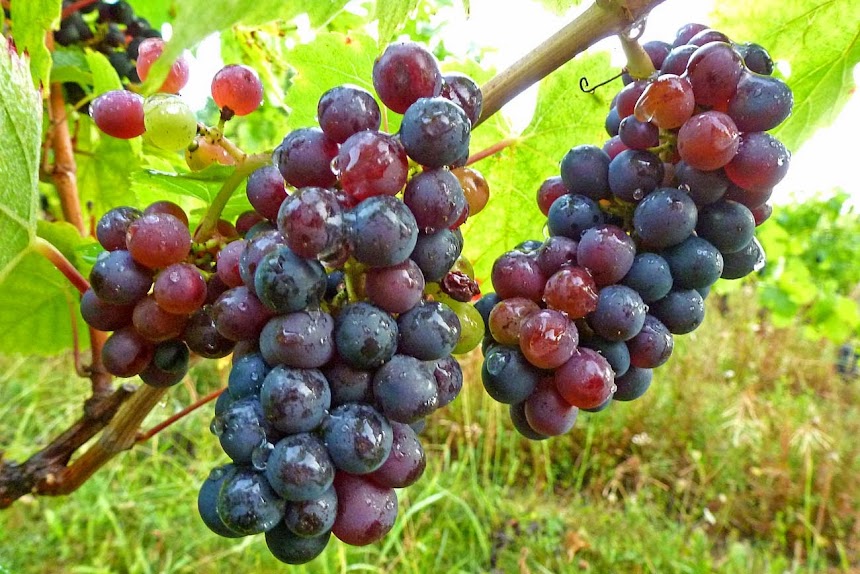 The grapes aren't really ripe yet, apparently. They will now have plumped up from all the moisture the soil has absorbed — 46 mm of rainfall here at our house since September 6. That means about a gallon of water has fallen on each square meter of ground in 14 days. 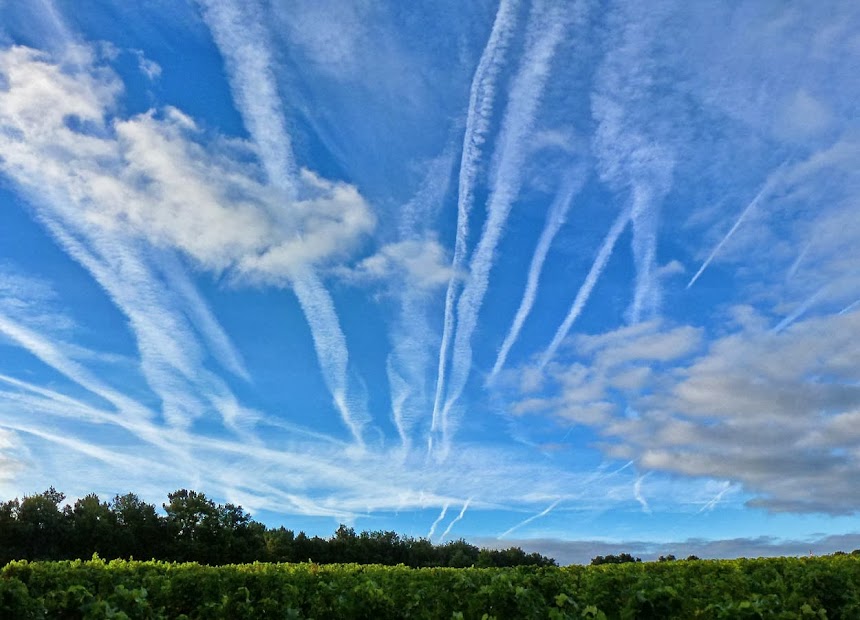 We have scads of apples on the ground. They need to be raked up and picked up before Walt can mow the grass one more time. We are still harvesting tomatoes, and the upcoming warm spell will be perfect for them. We have a dozen or more winter squashes growing, and they will benefit also from warm, dry conditions before we bring them in. My greens are growing nicely and the moisture has been good for them. 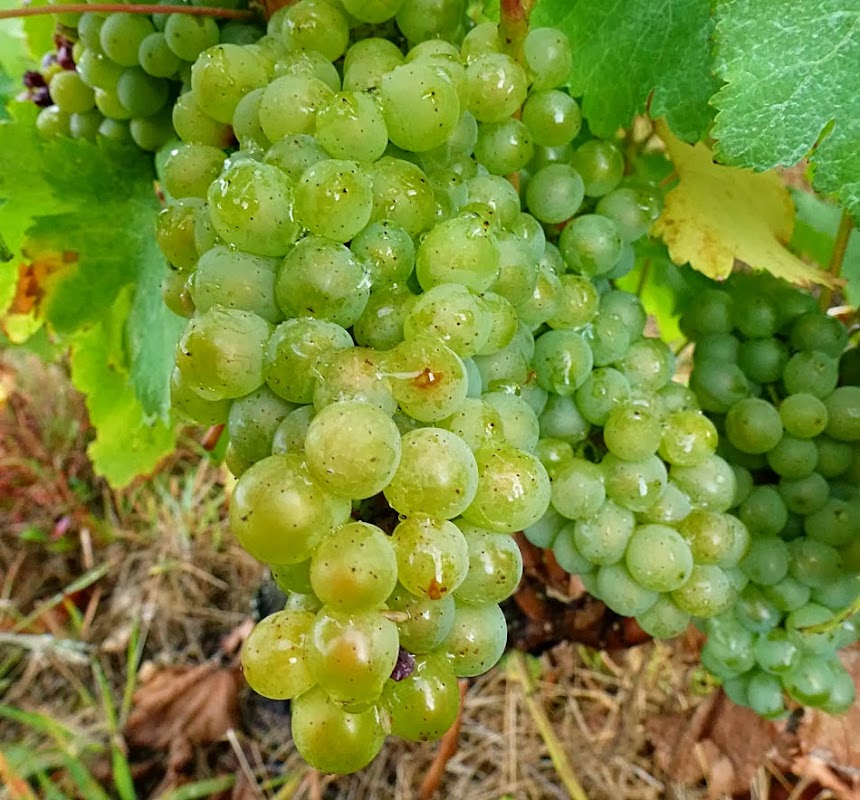 This is life in the country and these are our current preoccupations. Oh, these and some administrative hassles and tax issues. Plus, it seems that Madame Barbier, who's been cutting our hair for 10 years, has gone into retirement. Our dentist also retired a while back, and we haven't found another dentist we really like. Our doctor is out on medical leave, and we don't know when he'll be back, if ever. Oh, and the car's speedometer has stopped working. 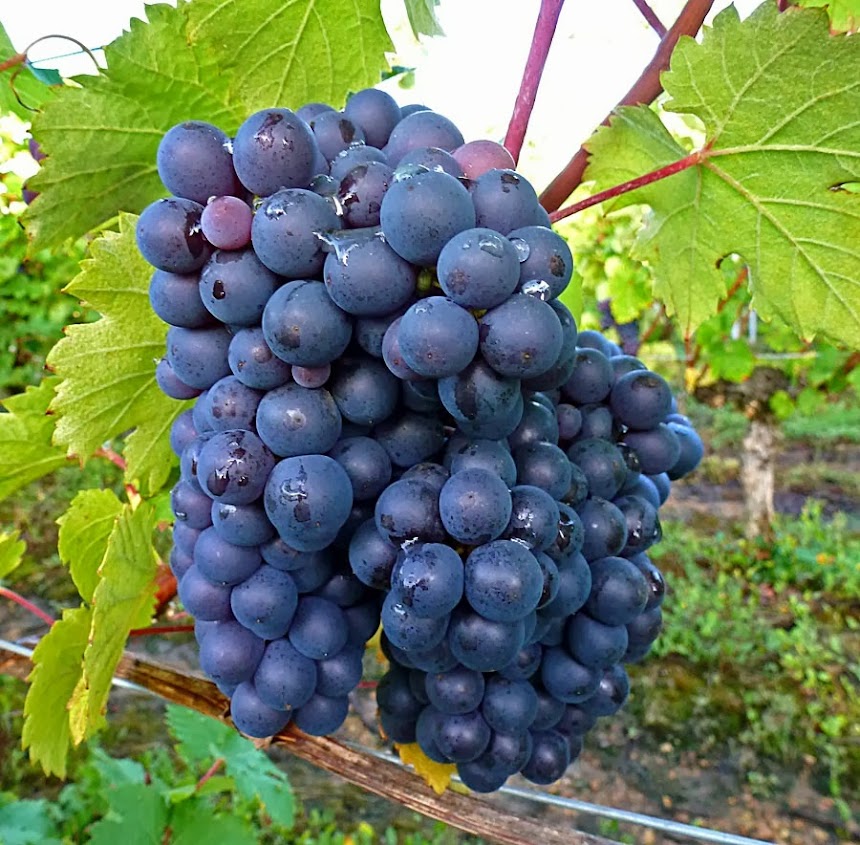 I guess the good news is that the roof hasn't shown any signs of leaking during the recent rains. Of course, we haven't had any violent downpours like the ones we had back in April and May. The kitchen ceiling still needs repairing, but we have to wait until we feel sure that the leak is fixed before we get the job done. Oh, and we are waiting for firewood. The man said he would call this week and deliver several cords before the end of the month. I'll have to call and remind him today. 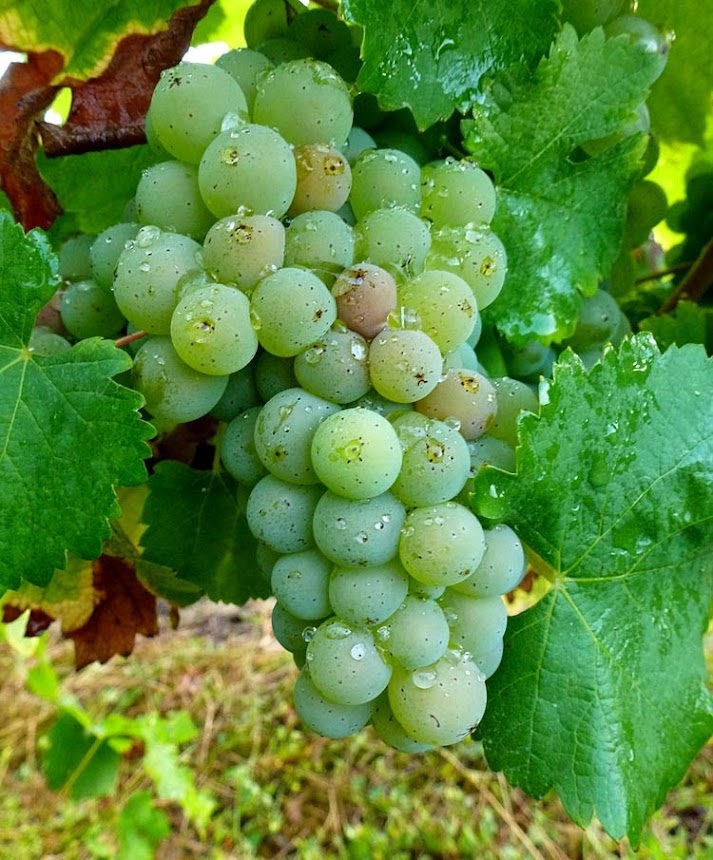 It's good to be ready for winter, but psychologically I am not ready. The days are already a lot shorter than they were. Leaves are falling. According to the calendar, today is the last day of summer. Sigh. Here are some grape pictures that can remind us of the beauty of the season, despite the coming autumn. By the way, it'll be gratin de chou-fleur for lunch...
Posted by Ken Broadhurst at 07:30