These last few days, apples have nearly taken over our lives again. I say "again" because only last year, 2012, out of the 11 summers we've spent here, didn't find us out raking up tons of fallen apples several times during the season, preparing for lawn mowing. There were no apples to speak of on the trees last year because a mid-April freeze killed the blossoms.


We — Walt especially — spent a few hours Sunday and again yesterday raking up and piling apples in a wheelbarrow. Walt  hauled many loads of them to the compost pile. I threw a lot of apples over the fence into the wooded land that bounds our property on the north side. 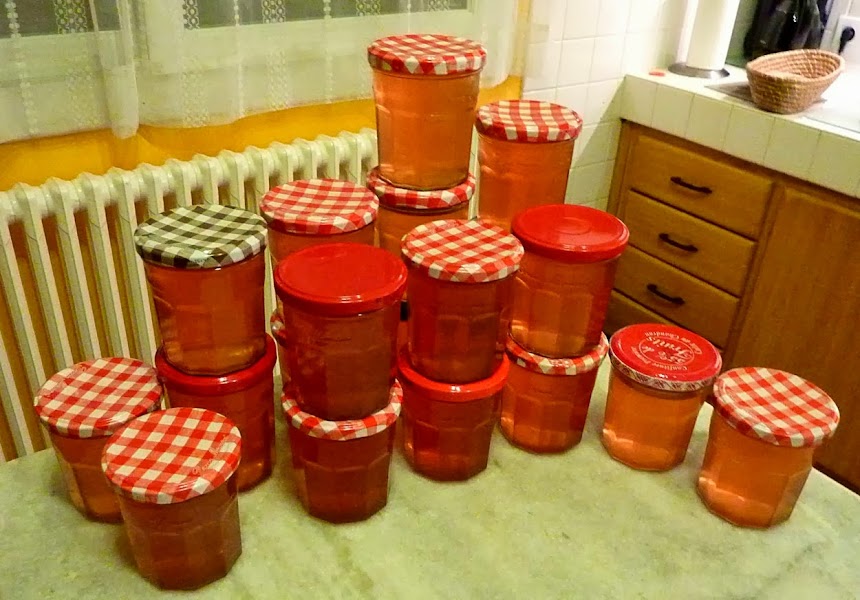 Also, I gathered a big bucket load of the best looking apples and brought them into the house. Jelly was on my mind. I washed all the apples and cut them into chunks, excising any rotten spots. Into a big pot the chunks went — skins, cores, seeds and all. That's where a lot of the pectin is. 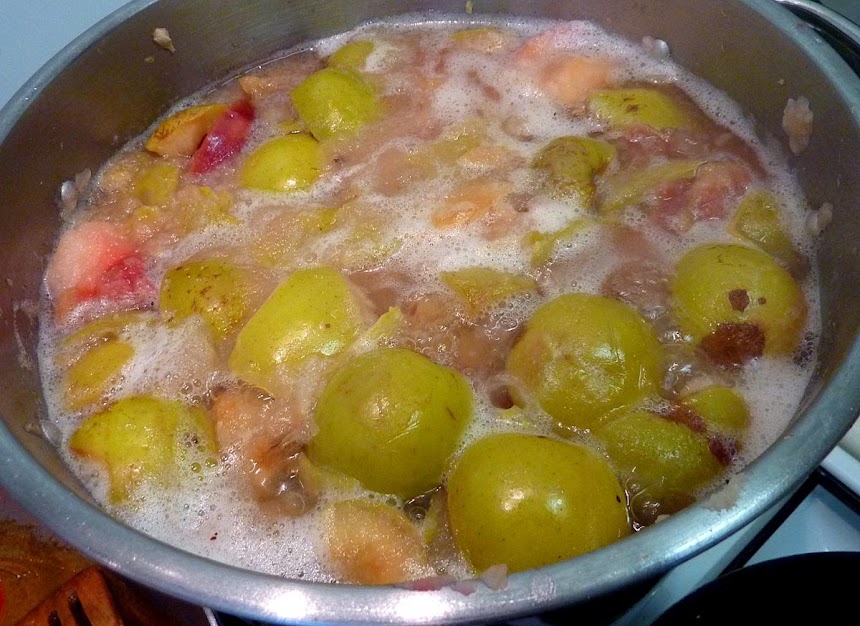 After an hour or two of boiling, the apples had rendered all their juice. A first straining through a colander caught the seeds and skins. Then a second straining through a cloth removed all the pulp — applesauce, basically. Let it drip for a while to collect all the clear juice. The remaining liquid was pretty tart. Maybe that's because I squeezed the juice of a lemon into it, for extra flavor. 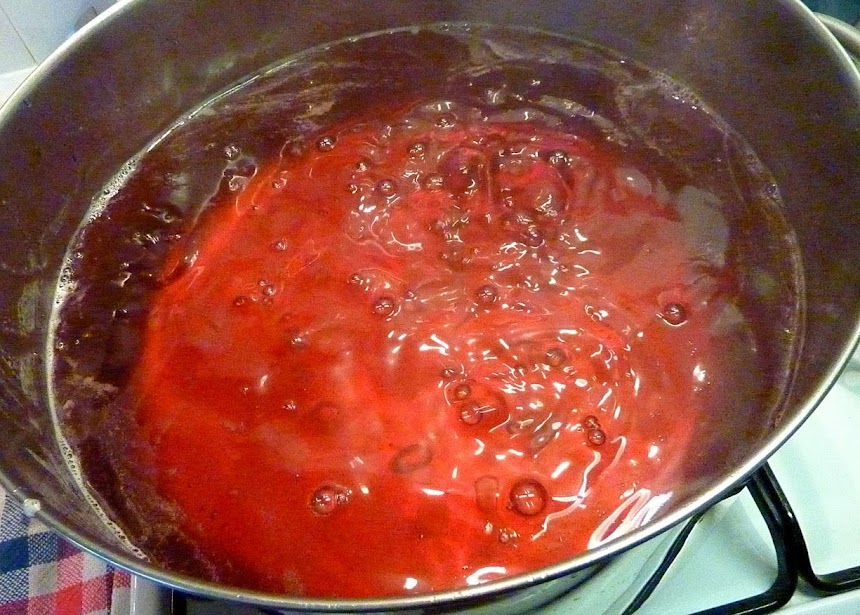 The proportions for making jelly out of apple juice are 900 grams of sugar for every liter (1000 grams) of liquid. I had nearly five liters of juice. Mix in the sugar and bring the jelly-to-be to a boil. Skim off the foam that rises to the top, for clarity.


Meanwhile, sterilize a lot of jars. Spoon the boiling jelly into a sterile jar, screw on a sterilized lid — use a towel so you don't burn yourself — and turn the jar upside-down on another towel to cool. Cover the jars with a towel as they cool to keep drafts away. We got 19 jars. That should last for a few years.
Posted by Ken Broadhurst at 07:30